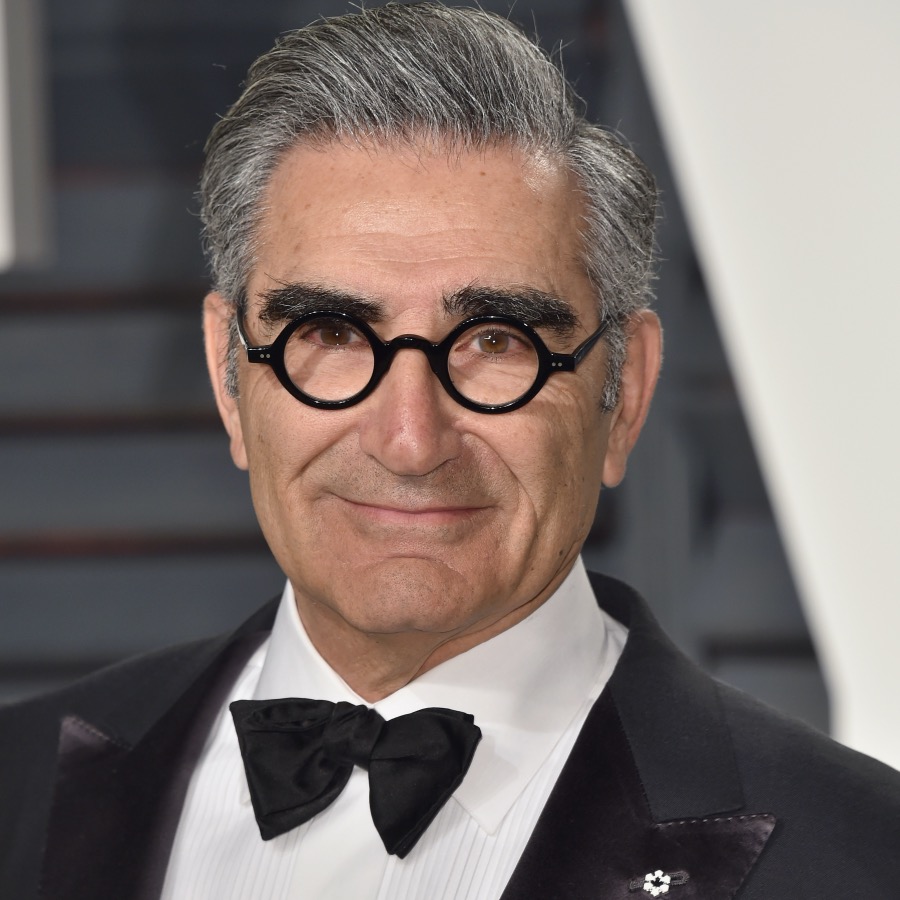 Eugene Levy became the first-ever recipient of the Newport Beach Film Festival’s Lifetime Achievement Award on Wednesday in a digital ceremony that saw a number of his famous friends and loved ones pay tribute to the Canadian comedy legend.

Due to the COVID-19 pandemic, Levy, 73, accepted the honour, which was presented in a partnership with Variety magazine, via a video call from home. But unbeknownst to Levy, the presentation included a video montage of fellow comedy legends like Steve Martin, Andrea Martin and Martin Short as well as Schitt’s Creek cast mates like Catherine O’Hara and his children, Dan and Sarah Levy.

“First, let me say what an honour it is for me to not be there tonight,” Steven Martin, 74, quipped on the video. “To be able to tribute you and not really have to do much or go anywhere — just stay home — is such a thrill.”

Martin Short, 70, added, “Eugene is like family to me in that we often eat dinner in total silence.”

Meanwhile, Jason Biggs, who starred as Levy’s son, Jim Levenstein,  in the American Pie films, offered numerous kind words for Levy before revealing how much he’s going to miss him, confusing the video for an In Memoriam tribute.

You can watch the tribute video below.

The tribute, of course, also included heartfelt moments that had Levy wiping away tears. His son, Dan, with whom he co-created Schitt’s Creek, noted, “You set a bar for everyone that you work with. You are incredibly professional, you are incredibly kind and you have been such a role model for me, just in terms of how to be good generally and good at your job.”

Catherine O’Hara, 66, who has performed with Levy for decades going back to their start at SCTV and, most recently, on Schitt’s Creek, said, “The first word that comes to mind when I think of Eugene is gentle. Considerate, thoughtful, meticulous … and a fine gentleman to boot.”

“It’s always nice when people recognize what you do and like what you do,” Levy told Variety while accepting the award. “It’s rare to have a show like Schitt’s Creek at this point in my career, in the so-called ‘twilight’ of one’s career. And to have created it with my son makes it even sweeter, certainly. It’s the show that I’m the most proud of, in anything that I’ve done and to have it come now is just fantastic.”

Levy received the Lifetime Achievement Award for his more than 50-year career as a comedic performer and writer, from SCTV through to big-screen successes like co-writing and starring in multiple Christopher Guest films to his most recent role on Schitt’s Creek, for which he received an Emmy nomination in July for Outstanding Lead Actor in a Comedy Series category.