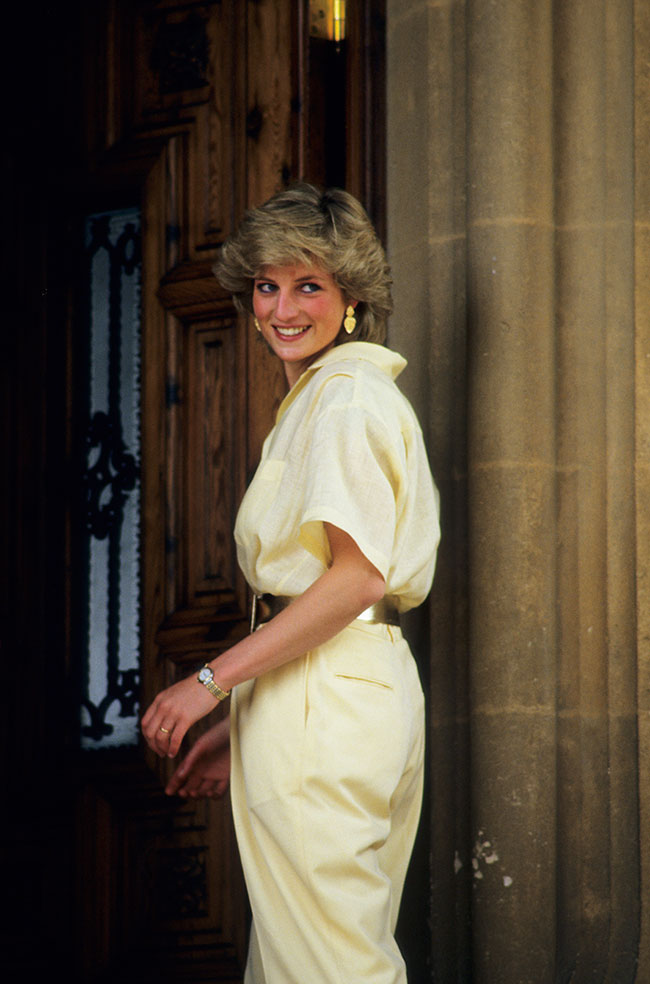 Prince Harry and Meghan Markle planted forget-me-nots at a preschool learning centre in L.A. in remembrance of his late mother Diana yesterday, which marked 23 years since her passing. Photo: Georges De Keerle/Getty Images

Yesterday, on the 23rd anniversary of his mother’s death, Prince Harry, 35, and Meghan Markle, 39, planted forget-me-nots, one of Diana’s favourite flowers, at the Preschool Learning Center in L.A. The school, which is located just a few blocks from Meghan’s alma mater – Immaculate Heart High School – provides child care for students from low-income families.

The royal couple, whose visit was a surprise for the class, reportedly also helped the children plant a mix of flowers and vegetables, including California wildflowers, petunias, tomatoes, sweet pea and squash. They also entertained the kids by reading Jack and the Beanstalk and other books about gardening. All in attendance wore facemasks in keeping with pandemic safety. In the past, the couple honoured the late Princess of Wales by including forget-me-nots in Meghan’s bouquet at their royal wedding.

Diana, the People’s Princess, died tragically in 1997 following a car accident in Paris. Last month, in the first joint statement since the Sussexes’  announcement that they would step back from their duties as senior royals and their subsequent move to California, Harry and his brother, the Duke of Cambridge, announced that a statue of their late mother would be unveiled at the Sunken Garden in Kensington Palace next July to mark what would have been Diana’s 60th birthday. This past weekend, the Cambridge clan, including the Duke and Duchess along their children, Prince George, Princess Charlotte and Prince Louis, vacationed with Queen Elizabeth in Balmoral Castle, the monarch’s estate in the Scottish Highlands.

Stateside, the Duke and Duchess of Sussex, along with 15-month-old baby Archie, have been on the move, settling into their lavish new US$14.7 million home in Montecito, Calif.

Also, the Duke recently announced his involvement in a new Netflix documentary Phoenix Rising about the Paralympic Games. This is in keeping with Harry’s long-time passion for helping wounded, injured and sick veterans with his launch of the Invictus Games.

Just last week, in a meeting of two hugely influential figures of their respective generations, Meghan Markle and Gloria Steinem sat down for a talk about feminism, representation and voting for Makers Women, a women’s empowerment platform.