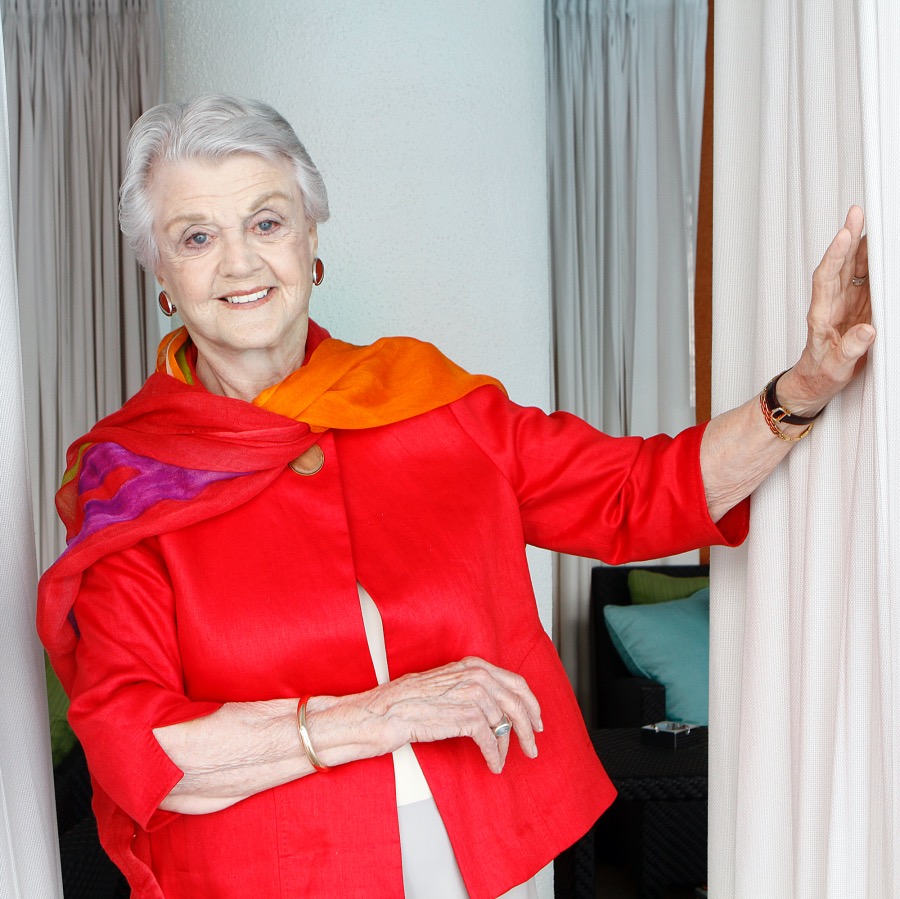 Screen and stage legend Angela Lansbury, who died at the age of 96 on Tuesday, was best known as the crime-solving mystery writer in the long-running U.S. television series 'Murder, She Wrote'. Photo: Kirk McKoy/Los Angeles Times via Getty Images

Angela Lansbury, who entertained audiences for over seven decades on stage and screen, including a 12-year stint on Murder, She Wrote, passed away this week at the age of 96. Here, we pay homage to the acting legend by revisiting our 2020 story celebrating her 95th birthday, in which we unearth nine little-known facts about her life and career.

At 95, Dame Angela Lansbury is often touted as one of Britain’s most successful actress. It should come as no surprise, given her astounding 77 years in show business, wowing audiences everywhere from Hollywood to Broadway. She’s shown no signs of slowing down, either — she played cranky Aunt March in 2018’s Little Women miniseries, filmed a small cameo for Mary Poppins Returns, which was released the same year, and is slated to appear in the upcoming family drama The Adventures of Buddy Thunder.

Born on October 16, 1925, in East London, Angela Brigid Lansbury immigrated to the United States with her family during the Second World War. It was during her stay in New York City that she cultivated her natural talent for performing. Unlike the usual rigors most aspiring actors face, Lansbury had a relatively smooth rise to the top, earning an Oscar nomination for her film debut in 1944’s Gaslight.

Although she continued to work steadily in stage and film throughout the ’50s, ’60s and ’70s, it was her role as Jessica Fletcher on TV’s Murder, She Wrote that cemented her status as a British acting legend. The series, which aired from 1984 to 1996, earned a rabid following and kept Lansbury in steady employment for more than a decade. It even helped her land the role of Mrs. Potts, the kindly teapot, in the 1994 Oscar-nominated Disney animated musical, Beauty and the Beast.

Lansbury holds not one, not two, but three citizenships. Her passports include England (her place of birth), Ireland (her mother’s homeland) and the United States (her adopted country) as her homes.

Lansbury’s first spark of interest in acting came at the age of nine after her father’s death from stomach cancer, as performing became an outlet for her grief. In 2014, Lansbury revealed that his death was “the defining moment of my life. Nothing before or since has affected me so deeply.”

To help them both cope, her mother, Irish actress Moyna Macgill (pictured above), travelled around doing stage work and ultimately secured Angela her first job in the entertainment industry: her very own nightclub act at the Samovar Club in Montreal where her mother was performing in Tonight at 8:30. Lansbury was 16 at the time, but told promoters she was 19 so she could perform.

3. The Blitz Inadvertently Put Her On Her Career Path

In 1940, Lansbury was forced to flee England with her mother and two brothers during the Blitz. The family relocated to the United States, where Lansbury eventually studied acting in New York City.

Lansbury never had to wallow in obscurity: after signing a contract with MGM in 1942, she was immediately put to work, receiving an Oscar nomination for her first feature film, 1944’s Gaslight. Only 17-years-old at the time of filming, Lansbury more than held her own against costars Ingrid Bergman and Joseph Cotten. Her work was acknowledged by the Academy with a Best Supporting Actress nomination.

5. Thank You For Being a Friend

Lansbury counted Golden Girls star Bea Arthur as one of her best friends. The pair first met during the 1966 stage production of Mame, in which they both starred, and Lansbury reportedly paid tribute to her BFF by giving her Murder, She Wrote character Jessica Fletcher the middle name “Beatrice,” after her. Arthur passed away in 2009.

Lansbury was also a lifelong friend of Elizabeth Taylor (d. 2011) after the two met on the set of 1944’s National Velvet, in which she played Taylor’s older sister.

It’s nearly impossible to imagine anyone other than Lansbury playing Jessica Fletcher, but it turns out the actress wasn’t the first choice for what turned out to be her most famous role. All in the Family star Jean Stapleton was originally offered the part but turned it down, and some reports suggest Doris Day also turned down the role.

Yes, Cabot Cove’s favourite sleuth is literally in the record books. According to Guinness World Records, the fictional character is the “Most Prolific Amateur Sleuth.”

The record states that Fletcher, “investigated crimes for 265 episodes and four-feature length movies,” and notes that, though Miss Marple, Agatha Christie’s famed sleuth, has spent more years total as an onscreen character in various television appearances, she “has had fewer small-screen cases.”

8. Who Needs An Emmy When You’ve Got a Record Tony Haul?

Lansbury holds the dubious record for most Emmy losses, having received 18 nominations — and zero wins! — in 33 years. However, 12 of those 18 noms came for her portrayal of the beloved Jessica Fletcher in Murder, She Wrote — a nomination for Outstanding Lead Actress in a Drama Series for every single year the show aired.

Still, what Lansbury lacks in Emmys she more than makes up for in Tony Awards. That’s because not only has she won five Tonys — which ties her for second all-time for most awarded performer — she holds the Guinness World Record for “Most Tony Awards Won For Best Actress in a Musical” with four.

In 1994, Lansbury was appointed Commander of the Order of the British Empire (CBE) in 1994, and later promoted to Dame Commander of the Order of the British Empire (DBE) in the 2014 New Year Honours for services to drama, charitable work, and philanthropy at Windsor Castle. On being made a Dame by Queen Elizabeth II, Lansbury said: “I’m joining a marvellous group of women I greatly admire like Judi Dench and Maggie Smith. It’s a lovely thing to be given that nod of approval by your own country and I really cherish it.”

Olivia de Havilland Dies at 104: 7 Things You May Not Know About the Legendary Actress