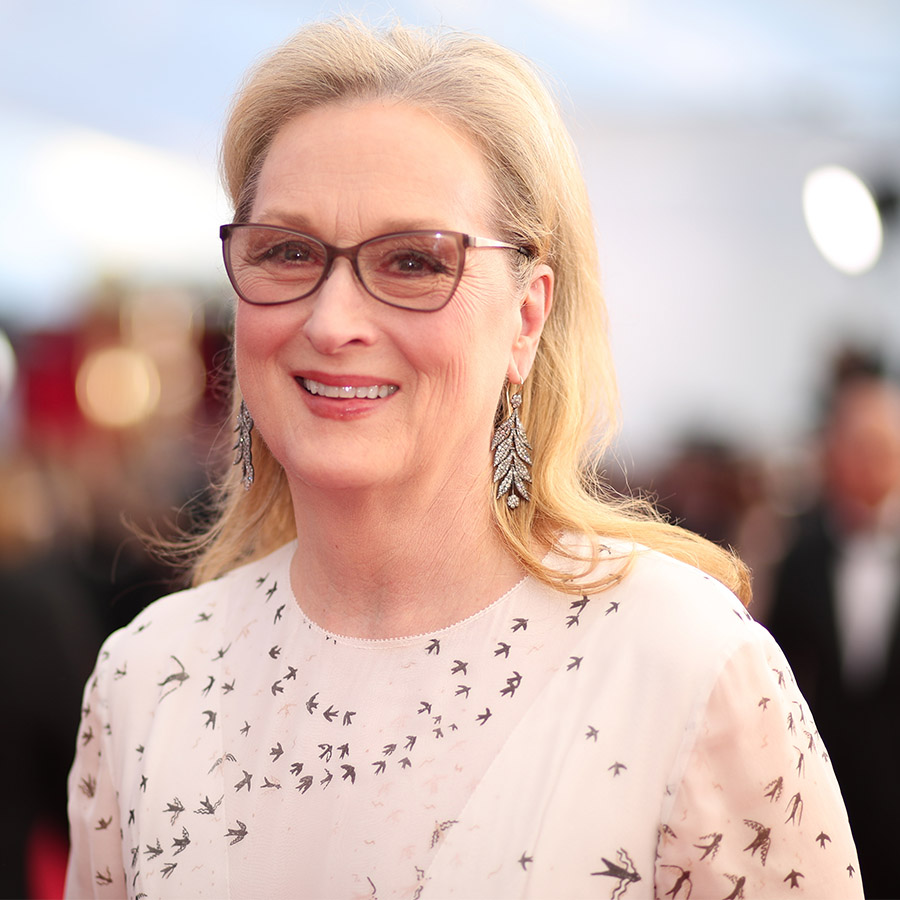 It is always Meryl Streep’s moment, but in this moment the spotlight shines on her two newest projects, 'Let Them All Talk' and 'The Prom.' Photo: Christopher Polk/Getty Images for TNT

You swiftly run out of superlatives when considering living legend Meryl Streep. The 71-year-old, three-time Oscar winner and record 21-time nominee embodies excellence and versatility in her craft. She’s also a swell broad, with a hearty laugh and no airs, serving meme-worthy gestures and all the good values: championing inclusion, actively supporting other women, challenging ageist beliefs head-on with the example of her own career, which continues to prove dynamic and fulfilling (for us her audience, at least).

Yes, it is always Meryl Streep’s moment. But in this moment the spotlight shines on her two newest projects, released to streaming services back-to-back this week. First we have the Stephen Soderbergh-directed Let Them All Talk, which went up on HBO Max yesterday (Dec. 10), in which Streep stars as a Pulitzer Prize-winning writer taking the slow boat (the Queen Mary II!) to England to receive yet another award. She is accompanied by her besties, played by Dianne Weist, 72, and Candice Bergen, 74, and the dialogue-heavy film (bless!) examines the effect Streep’s character’s fame has on her and those closest to her. How great is this moment when a film is centred on the emotional lives of three women over 70?

And today (Dec. 11), the Ryan Murphy-helmed The Prom makes its Netflix debut. This one looks to be a fabulous scenery-chewer for Streep, playing a Broadway actress (recently unemployed from a show about Eleanor Roosevelt that closes opening night) who descends with a few New York pals, including Nicole Kidman and James Corden, on a small Indiana town. Their half-baked mission is to help a gay teen girl who is banned from her prom. Much singing ensues, and there is even a rap number performed by Streep.

This Moment Is A Long Time Coming

From the beginning of her illustrious career, which began straight out of her Master’s degree in Theatre from Yale, Streep has been a portal into the zeitgeist. In her early powerhouse roles Streep had to act her way past her great beauty — from Kramer vs. Kramer to The Deer Hunter, Ironweed to Out of Africa, Sophie’s Choice to The French Lieutenant’s Woman. As she got older, she flexed her power in Hollywood, and mixed in some great dark comedies and musicals with her dramatic outings: think Death Becomes Her, Mamma Mia and Into the Woods. Later on, she transformed the rom-com genre, forcing Hollywood to show middle-aged women as vibrant objects of desire — see The Bridges of Madison County, It’s Complicated (where she has Steve Martin and Alec Baldwin vying for her attentions) and Hope Springs.

And when Streep joined the cast of Big Little Lies last year, she cemented this new Golden Age of streaming-era television: if the biggest star of all was doing TV, no film actors were “above” the medium any longer. Which brings us to this week: Streep is right there with the next big thing in the entertainment industry — a direct-to-stream release from Warner Brothers on the heels of the big announcement the studio is releasing its full 2021 slate to its HBO Max streaming service. Plus, she gives us the Netflix gift of Prom to brighten our subdued holiday plans this year.

Of Movements and Memes

Streep has a political voice, and she has never been afraid to use it. Onscreen, she has chosen films that address injustices and tragedies, from an early Emmy win for the 1978 miniseries Holocaust to the AIDS era epic Angels in America, the plight of a whistleblower at a nuclear plant in Silkwood and her portrayal of suffrage activist Emmeline Pankhurst in Suffragette.

But she has also used her presence at awards shows to get her own messages out, and to support others. In 2017, she famously called out Trump at the Golden Globes (while accepting a Lifetime Achievement award, natch), angered by the president’s mocking of a disabled reporter.

“Disrespect incites disrespect. Violence incites violence. And when the powerful use their position to bully others, we all lose.”

She later admitted that speaking up in this case was hard for her, as she prefers to be a private person and to let her work speak for her. But in that instance, Trump had pushed her past her personal boundaries. Streep is all of us, really.

That relatability, despite the enduring beauty and the myth around the woman often cited as the “Greatest Actress of All Time,” is what makes Meryl such a great meme. There is the jump-out-of-her-seat enthusiastic clapping (she was supporting Patricia Arquette, who was calling for equal pay for female actors), and the pair of hands cupped around her mouth shouting GIFs. Then there are the endless reels of Streep’s priceless (and always graceful) reactions to winning and losing at awards shows. The reaction camera is quite simply always on Streep, and she somehow manages to capture, with her concise physical wit, a gesture that sums up a universal feeling.

But perhaps the most influential thing about Meryl Streep, to my mind, is her aspirational normal life. She lost a great love early, actor Jon Cazale, who had starred alongside her in The Deer Hunter, to cancer. She married sculptor Don Gummer in 1978, soon after Cazale’s death; they went on to have four children together. The family somehow escaped intact from the tumult and fallout typical of Hollywood celebrities in their personal relationships.

And Meryl has never shied away from aging. Indeed, there are as many good, solid feminist pieces of advice from Meryl collected on the internet as there are quips by Dorothy Parker. There is this gem from a Telegraph interview: “I try to lead as ordinary a life as I can. You can’t get spoiled if you do your own ironing.”

See, she really works hard on the “being normal” thing. And she has no time for crying over spilt milk. “My advice, don’t waste so much time worrying about your skin or your weight. Develop what you do, what you put your hands on in the world,” is what she told Jane Pauley at a talk at Indiana University.

On the occasion of her 65th birthday, she told Good Housekeeping: “You have to embrace getting older. Life is precious, and when you’ve lost a lot of people, you realize each day is a gift.”

Meryl Streep is the gift to all of us. She has been a constant in our lives for four decades now, in the form of so many different characters but with the through-line of her own character shining through. And this year, when we needed her most of all, she is popping up on our screens at home to cheer us up in a very 2020-apt virtual way.