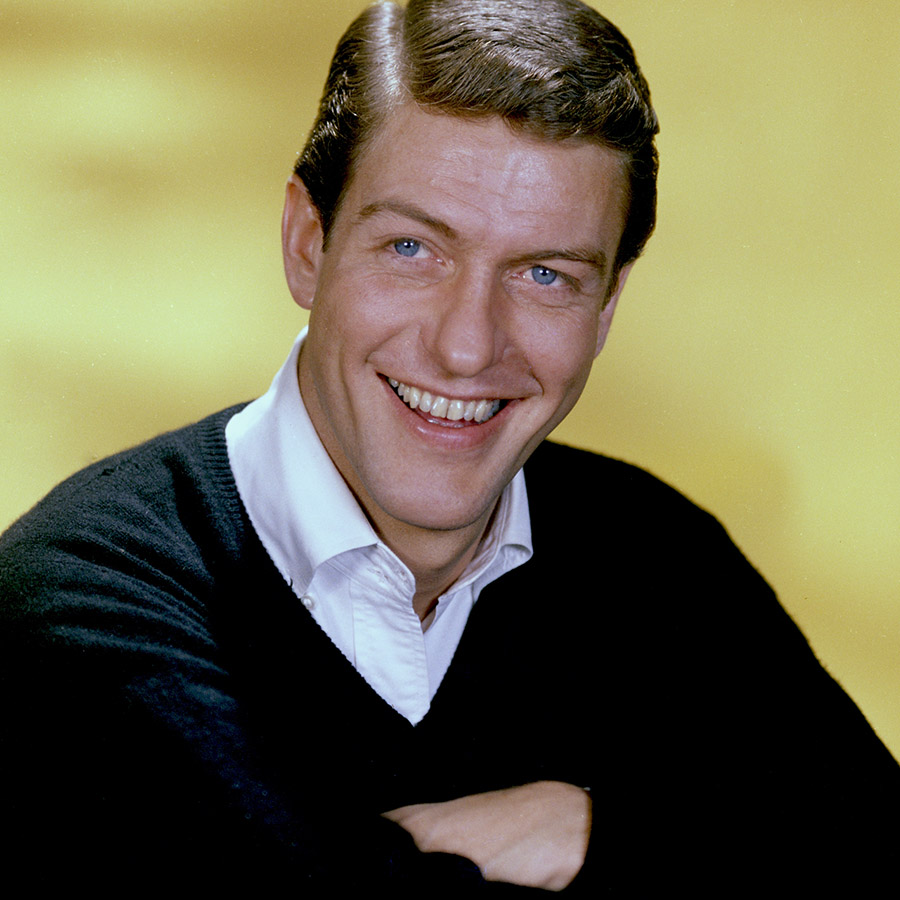 Entertainment legend Dick Van Dyke — seen above in 1960 — turns 95 this week, and is still laughing and dancing his way through life. Photo: Michael Ochs Archives/Getty Images

To paraphrase T.S. Eliot, the ‘60s started, not with a bang, but a pratfall.

The opening credits of The Dick Van Dyke Show is remembered by a generation — Rob Petrie arriving home to his wife, son and friends and fairly somersaulting over an ottoman. The show embodied the New Frontier mentality, debuting the same year as JFK’s inauguration. If anything, Rob (Van Dyke, who turns 95 on Dec. 13) and Laura (Mary Tyler Moore) were TV’s ambassadors for that new, modern lifestyle.

They were young, attractive and in love, living in the suburbs of New Rochelle while Rob commuted to the office in Manhattan, where he worked as a gag writer on the fictional Alan Brady Show. A TV show about a TV show? It was a meta comment on the medium that, by the ‘60s, had taken hold of the world as fast as the Internet overtook ours.

And was there ever as physical a sitcom leading-man as Van Dyke? Prior to his TV fame, the actor was cast in Broadway’s Bye Bye Birdie — and taught to dance — by the legendary choreographer Gower Champion, who was fascinated by his “rubbery legs.”

These days, the nonagenarian still dances. He did it in 2018’s Mary Poppins Returns (50 years after playing chimney sweep Bert in the original), joined the singing/dancing Mary Poppins pop-up at Disneyland shortly after his 90th birthday (see video below), and he’s known to do a little soft-shoe for the paparazzi if asked.

And fellow Malibu residents swear he dances through the aisles at the supermarket and at the health food store where he buys his favourite green vitamin smoothies. (Long before casting him, Mary Poppins Returns director Rob Marshall says he witnessed one such Van Dyke shopping dance at a Ralph’s supermarket.) Heck, in Van Dyke’s second most famous TV role, as Dr. Mark Sloan in Diagnosis Murder (1993-2001), his character liked to make his rounds on roller-skates. Maybe there’s something in the air there.

In 2017, Van Dyke posed for pictures with contemporaries and pals Mel Brooks, Norman Lear and Carl Reiner (who played the aforementioned Alan Brady back when), all in their ‘90s (Reiner recently passed away at age 98). Yet Van Dyke himself will admit he didn’t always seem destined for an advanced age, struggling for decades with alcoholism that he says began as a coping mechanism for shyness.

But the world is thankful for whatever combination of willpower and good genes brought him to age 95. Van Dyke is not one of those still-living legends who are out of sight and out of mind. People who are too young to have seen him in the original Mary Poppins or Chitty Chitty Bang Bang or even Diagnosis Murder will have seen him as Cecil the security guard in the Night at the Museum movies.

And no less a pop culture power-player than Marvel CEO Kevin Feige recently consulted with Van Dyke on WandaVision — a superhero/sitcom hybrid set after the events of Avengers: Endgame, with Scarlet Witch and Vision (Elizabeth Olsen and Paul Bettany respectively) trying to live a normal life in a Rob Petrie-style suburb. The show has been described as, “a love letter to the golden age of television” and Feige turned to Van Dyke for tips on how to achieve the feel of a sitcom from that age while keeping the broad comedy connected to reality.

And it’s not only major movie studio CEOs who have an opportunity to catch the actor’s ear. Van Dyke is maintaining a personal connection with fans, keeping busy on the popular video message service Cameo, recording birthday wishes and such for those who appreciate them most (and, apparently, he’s known to dance on that platform too).

It does, in fact, cost $500 to get a video message from the TV legend — a price tag which some consider an undervaluing of his appeal. And that opinion is bolstered by the fact that his Cameo bio clearly notes that “Due to overwhelming demand, Mister hasn’t been able to accommodate the influx of requests in the allotted time” while asking fans whose requests have expired to re-order. And to be clear, your $500 doesn’t just get you a quick “Hi, how are you?” from Van Dyke. He’s known to dispense sage advice, like he does in this video to a fan who just turned 40.

He quips, at first, that he isn’t impressed with her age, given he was 94 at the time, but then offers his own thoughts on aging.

“I didn’t really get a break until I was 35 years old, so you’ve got a lot of time ahead of you. I have a philosophy that always helped me — there is no such thing as an adult. An adult is just a costume, a disguise that a kid puts on so they can get through adult life. But you strip away that disguise and you’ve got a 13-year-old kid having a snit fit.”

And that idea of maintaining the spirit of one’s inner child carries over to his 2011 autobiography My Lucky Life In and Out of Showbiz, in which the Missouri native, who was once on track for religious ministry, wrote, “My life has been a magnificent indulgence. I’ve been able to do what I love and share it. Who would want to quit?

“I suppose that I never completely gave up my childhood idea of being a minister. Only the medium and the message changed. I have still endeavoured to touch people’s souls, to raise their spirits and put smiles on their faces.”

She Made It After All: The Groundbreaking Legacy of The Mary Tyler Moore Show