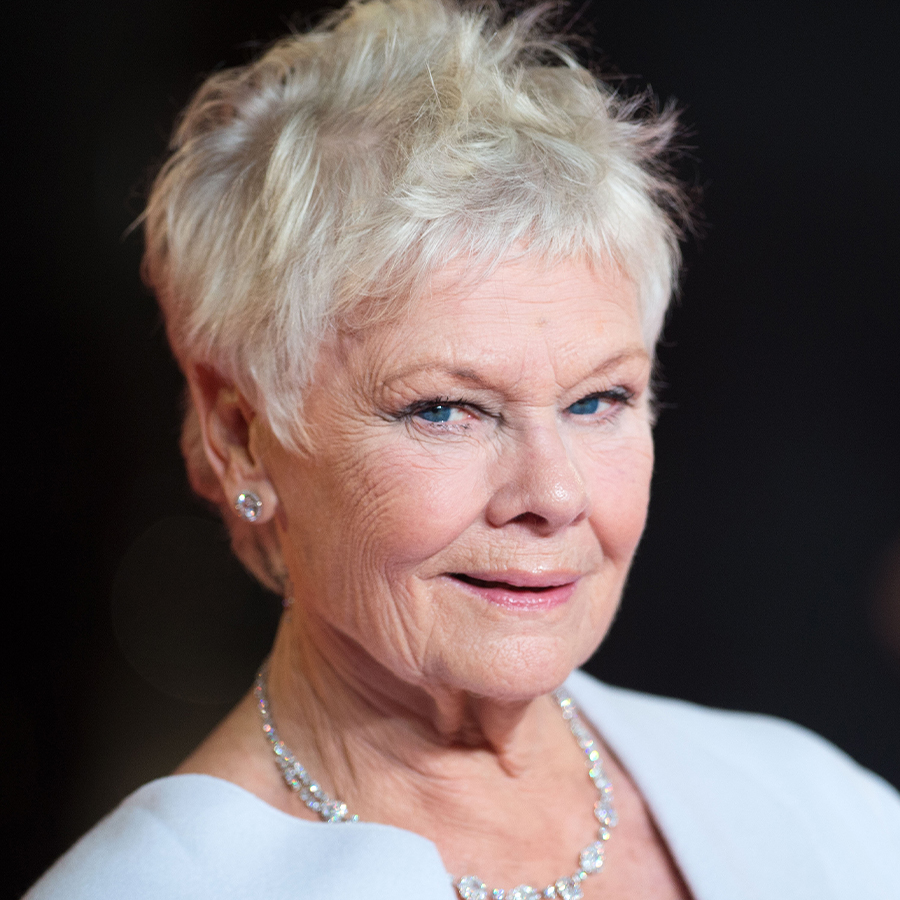 The latest episode of Last Week Tonight with John Oliver, HBO’s Emmy-winning satirical current events show, declared Dame Judi Dench a ‘national treasure.’ The distinguished actress, evidently, ranks immediately after phones, food, and shelter — and above family — on the eponymous host’s list of what we value most in life.

It tracks. How many other actors can pivot from playing dignified Anne Hathaway in the Shakespeare biopic All is True (2018) to gamely prancing, in barely-there CGI, as Old Deuteronomy in the dud 2019 musical Cats?

It’s always a good time for a Dame Judi Dench Moment of Appreciation, especially because, during the pandemic, while we can sometimes barely muster the energy to press the ‘Play Next Episode’ button on our TVs, the 86-year-old has been working overtime to keep us entertained.

The acclaimed British actress has not only been a steadying pandemic presence in bingeable classics — blowsy romantic novelist Eleanor Lavish in A Room with a View, briskly stern ‘M,’ 007’s boss, in the 21st century Bond movies, and the kind spinster in the prestige adaptation of Elizabeth Gaskell’s Cranford, comfort food viewing for fraught times (on Britbox) — but the octogenarian also graces our screens in a slew of new projects this season.

This week alone Dench will appear in an online conversation with the National Arts Club (February 24, free but registration required), before joining Stephen Fry and Hayley Mills too look back on the life of Sir John Mills in the virtual fundraising gala for sight loss charity Vision Foundation (February 25, free online at visionfoundation.org.uk). One day she’s donning a slogan t-shirt and signing her name to letter urging the British Prime Minister to ban the sale of fur, the next she’s making a cameo in David Tennant and Michael Sheen’s virtual lockdown series Staged.

Yet in a recent interview with BBC Radio 2, Dench admitted that doing public speaking out of character gives her anxiety (and Zoom acting most of all).

“On stage, actors never really look at each other. They do a bit if they’re doing a bit of a scene,” she said. “But on Zoom, everybody’s looking at you.”

The actress has tackled those jitters head-on during lockdown through regular appearances in her grandson Sam Williams’s TikTok videos — doing viral dance moves, or completing song lyrics. One hilarious video shows Dench frustrating her grandson by guessing the punch lines to all of his jokes. Dench, in fact, credits the TikTok rehearsals with staving off her lockdown loneliness. (Naturally, they all go viral.)

There are no small parts, though, so the saying goes, whether on social media or the big screen. Her scant eight minutes of screen time as Queen Elizabeth I in Shakespeare in Love, for example, earned Dench the Academy Award for Best Supporting Actress. (She’s also got a Tony, six Oliviers, ten BAFTAs, two Golden Globes, and six other Oscar nominations.)

As Dench told British Vogue last June (to date, she’s still the oldest person to have graced the cover), she will never quit acting. In fact, it’s best not to ever use the word “retire” around her.

“Not in this house. Not here. Wash your mouth out!”

That doesn’t mean the actress doesn’t have doubts. In the story, Dench’s daughter Finty Williams point out how the cover, “meant an awful lot” to her mother. “This age thing, I think, affects very much how she feels about herself and this gave her just that little boost of confidence to make her go, ‘Oh, maybe I’m still OK’ … Then of course after the photo shoot, she came back literally thinking she was Beyoncé.”

Luckily, Dench’s “never retire” attitude means we have a slew of new projects to look forward to from her.

To start, the actress stars in the  glossy new adaptation of Noël Coward’s urbane ghost story Blithe Spirit (streaming on demand here), out this week. Set in a cheery 1937, it’s directed by Edward Hall, whose father was the late theatre great Sir Peter Hall — founder of the Royal Shakespeare Company — who directed Dench in many productions early in her career.

Dench is the best thing about the Blithe Spirit, from the moment her spiritualist Madame Arcati floats onto the smoky theatre stage to the post-credits scene. Unlike the flamboyant eccentricity of Angela Lansbury’s Tony-winning interpretation, Dench grounds the otherwise daffy supernatural farce with a wry and tender performance. The shades of grief and ambiguity also echo real life: since the death twenty years ago of her husband, actor Michael Williams, Dench has said she occasionally thinks his ghost visits their home — which adds a poignant layer to her clairvoyant character’s touching new backstory.

Downton Abbey’s Dan Stevens stars in Blithe’s bizarre love triangle, and also worked with Dench fifteen years ago in Coward’s Hay Fever. “She’s still incredibly graceful,” Stevens said in recent interview about the movie he (accurately) describes as very silly supernatural romp. “Shows up, works a full day, has incredible wordy monologues that she just reels off, and she’s just got so much energy and passion for what she does, I think, which just keeps her going and keeps everyone going. It’s infectious.”

As historian Barry Day reminds us in his introduction to David Lean’s 1945 adaptation, Coward’s play about people who’ve died coming back debuted in wartime. “It took Britain’s mind off the real war and they laughed at something.”

Then, on March 26, Dench hits the big screen again with Six Minutes to Midnight, a Second World War thriller about an English finishing school teacher who tutors daughters of high-ranking Nazis. She plays the headmistress and it was her friendship with co-star Eddie Izzard — who also wrote the movie — that brought her to the project. Then comes Off the Rails (which has an unspecified release date) in which three friends recreate the European train journey of their adventurous youth.

Dench also plays the “wry and spry” grandmother in Kenneth Branagh’s forthcoming semi-autobiographical Belfast, due later this year. It’s a story of an Irish boyhood during the tumultuous late 1960s that the filmmaker has said is his most personal project yet.

Several memorable roles, in fact, have come from Dench and Branagh’s long personal and professional relationship. He directed her indomitable dowager Dragomiroff in the 2017 film Murder on the Orient Express (a performance on par with her Lady Bracknell from The Importance of Being Earnest) and in the 2020 Disney fantasy Artemis Fowl. And it was Dench’s ferocious take on Paulina in his sold-out West End production of the Shakespearean tragicomedy The Winter’s Tale that inspired Branagh to tackle the 2018 Bard biopic. “Paulina never lets Leontes off the hook, never lets him forget his stupidity, the cruelty and the self-destruction,” Branagh explained when All is True came out. “[Dench] is someone who also brings all that under-the-skin knowledge.”

Dramatic roles have their place, but so does frivolous, mood-boosting entertainment — and Dench insists that a sense of humour is vital.

Recently, when a local food waste collection truck was given a makeover and punnily-named ‘Dame Foodie Dench’, the thespian sent a video message thanking them for the honour.

Presently, she co-stars in the annual Red Nose Day (March 19) campaign to help end child poverty. It may begin with earnest musings on humanity, but it ends with her suctioning Benedict Cumberbatch’s jowls with a vacuum cleaner.

As Dench put it last month while promoting the upcoming Red Nose Day benefit: “I absolutely and implicitly believe in laughter being the best medicine.”