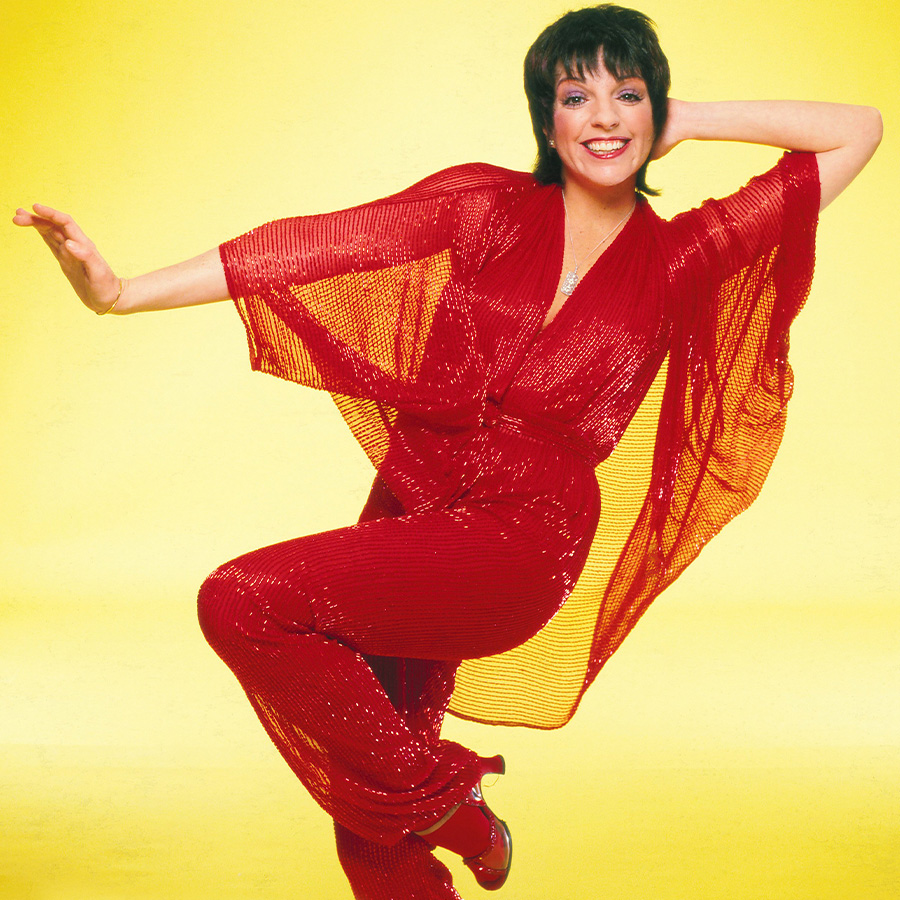 During the pandemic, virtual bashes have emerged as the new birthday staple, especially if you’ve got famous friends. Case in point: Liza Minnelli turns 75 this week, marking the occasion with a star-studded Love Letter to Liza: A 75th Birthday Tribute Celebration.

The online extravaganza will give you “goose bumps,” according to a new statement from the Love Letter producers, and features performances and/or appearances by a slew of celebrity well-wishers from Hollywood to Broadway including Lily Tomlin, Joel Grey, Melissa Manchester, Joan Collins, Andrea Martin, Chita Rivera, Catherine Zeta-Jones, Nathan Lane, and Minnelli’s sister Lorna Luft. The bash airs Friday, March 12, and will be available for streaming throughout the weekend (you can purchase tickets here, with a portion of the sales going to The Actors Fund).

Expect drama, laughter, and few surprise guests. After all, exclamation points — and jazz hands — have been the story of Liza Minnelli’s life so far.

Often, when a hint of talent is even remotely dynastic, it gets overstated. In this instance, however, the tap shoe fits. Born in 1946, the daughter of the great Judy Garland and Vincente Minnelli — director of MGM musicals (including Meet Me in St. Louis and The Band Wagon) — was destined for the spotlight.

Known simply as ‘Liza,’ her surname’s been superfluous for decades — at least since Time magazine proclaimed her ‘The New Miss Show Biz’ on their 1972 cover. She even transcends Hollywood. Minnelli is an EGOT winner — among the few to have swept entertainment’s four big awards — meaning an Emmy, two Grammys, an Oscar, and four Tonys crowd her mantel (and that’s not including her BAFTA and Golden Globes).

Becoming Her Own Star

“One of the biggest misconceptions about my mama is that she didn’t provide me with a happy childhood,” Liza explained to Vogue Arabia in a recent retrospective chat.

Before she was a famous in her own right, “the hardest part was getting to be known as myself as opposed to somebody’s daughter. I remember mama saying, ‘Now don’t get upset because of the way they may compare you to me because you’re an entertainer too,’” she told Variety in a rare interview last year.

In 1959, at just 13 years of age, Liza made her first televised dance appearance, performing “For Me and My Gal” with Gene Kelly on his eponymous special (“My knees were knocking so hard I sounded like a Flamenco dancer,” she would later recall, when they reprised the number for his 1978 special).

It had a full-circle resonance, since Kelly first performed it with her mother in the 1942 movie by that name, which had been his own screen debut.

She soon left home to study dance and try to make it on Broadway. By 1965, at age 19, Minnelli became the youngest person to win a leading actress Tony for a musical (Flora the Red Menace). She was only 25 when she won the Academy Award in 1973 for her Sally Bowles in Cabaret, Bob Fosse’s musical set in 1930s Berlin.

Liza’s talent, style, and celebrity defined the 1970s (Martin Scorsese wrote New York, New York for her, after all). But she’s also embraced new genres and projects while maintaining her singular sold-out tours and runs at Carnegie Hall. Every generation gets a new and different reminder of her talent and icon status.

In the 1980s it was the smash hit rom-com Arthur, and an album with the Pet Shop Boys (Results). The 1990s found her friends with River Phoenix and in conversation with Canada’s own k.d. lang for Interview.

There was also that time she did featured vocals in “Mama” by emo-punk group My Chemical Romance.

In the aughts her recurring role as Lucille 2 (social rival to Jessica Walter’s Lucille Bluth) in the cult comedy series Arrested Development made Minnelli familiar to millennials.

As well, there have been cameos as herself (like on Smash, the series about Broadway behind the scenes), and her long professional relationship and personal friendship with Fosse led to her portrayal by Kelli Barrett in the prestige Fosse/Verdon series, about the longtime creative collaboration between the dance maestro and dancer Gwen Verdon.

These days, she maintains a Spotify music playlist of American standards and Broadway favourites — and yes, it includes her mother’s rendition of “Over The Rainbow.”

Most recently, the young Minnelli was depicted by Irish actress Gemma-Leah Devereux in the biopic Judy, which earned Renée Zellweger an Oscar — and a Grammy nomination — for portraying Garland during the final series of concerts before her 1969 death from a barbiturates overdose. Always safeguarding her beloved mother’s legacy, it’s a movie Minnelli and her siblings did “not approve or sanction” in any way, according to one of the infrequent posts on her official Facebook post at the time.

Minnelli’s distinctive pixie cut and outsize features — the spiky lashes and glossy red lips immortalized in Andy Warhol silkscreens — have inspired drag queens and starlets alike. Just this month it was the key to Mank star Amanda Seyfried’s Critics Choice Award look. Together with her mannerisms, they’re an instantly-recognizable shorthand.

Think, for example, of the concert poster for Liza with a Z, her Emmy-winning TV variety special (choreographed by Bob Fosse, naturally) and how fashion illustrator Joe Eula captured her with just a few evocative strokes.

Then there’s the lifelong devotion to the off-the-shoulder, minimalist look crafted with designer Halston (and don’t forget her black dance stockings—the icon was doing athleisure long before Lululemon was a thing). From Kristin Wiig’s affectionate impression on Saturday Night Live to the many other send-ups over the years, the ongoing cultural references are proof of her icon status.

In her Diva Impressions series, for example, Christina Bianco mimics the style of famous chanteuses, from Celine Dion to Edith Piaf and Minnelli (like in this clip from 54 Below). Bianco nails the bold mannerisms and storytelling gestures Minnelli learned from mentor Charles Aznavour that make her a uniquely electrifying performer.

And through photographs and personal artifacts, Minnelli is a major presence in the Art Gallery of Ontario’s upcoming Studio 54: Night Magic exhibition that traces the evolution and influence of the louche after-hours club that revitalized and defined New York nightlife in the late 1970s. She was, of course, a key figure in that heady scene where design, disco, and celebrity converged.

No setback (or stint in rehab) has derailed her for long, and Minnelli continued to perform before the pandemic. She famously recovered from life-threatening viral encephalitis twenty years ago — on top of surviving addictions to painkillers and alcohol, outlasting four marriages, hip replacements, a knee operation and a bout with double pneumonia. There’s so much more, in fact, that the tongue-in-cheek humorous Twitter account @LiZaOutlives uses current events to measure her longevity; recent benchmarks include outlasting Armie Hammer’s career and Piers Morgan’s job on Good Morning Britain.

Because, as the energetic septuagenarian will surely demonstrate in her birthday bash, life is a cabaret.

Judy: Beyond This Grammy Nominated Film’s Rainbow is a Wider Complexity of Queer Culture