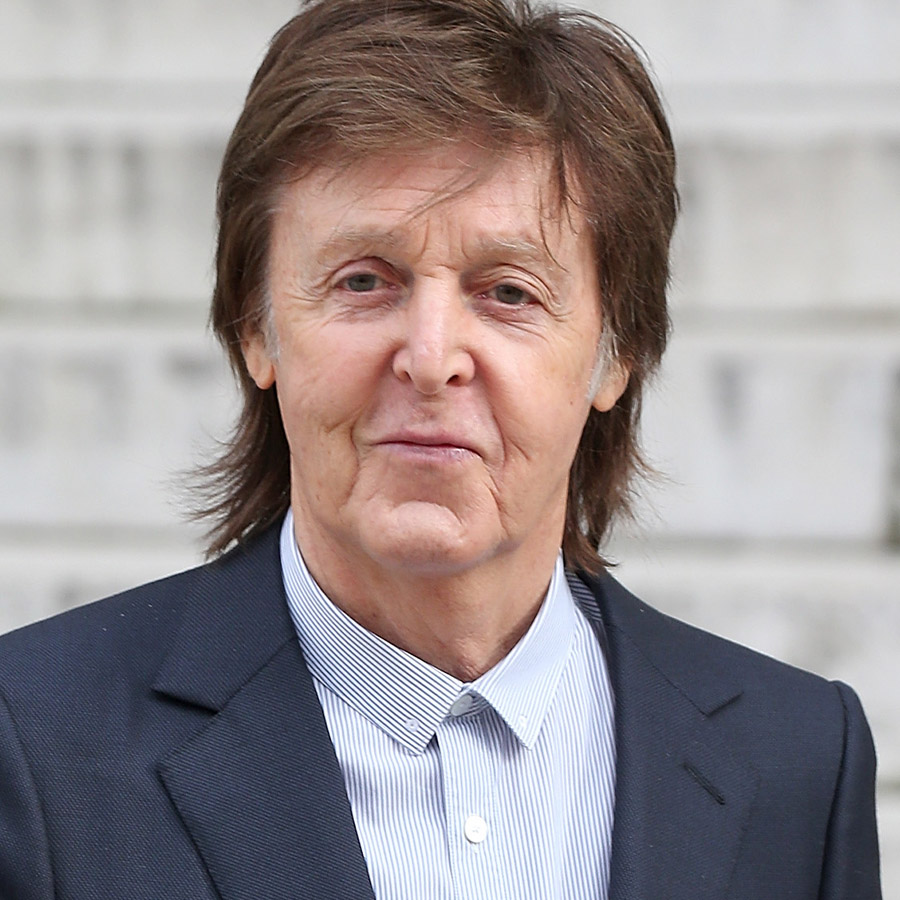 Paul McCartney, 78, said in a recent interview that practicing eye yoga may have helped prevent him from ever needing glasses. Photo: Pierre Suu / Getty Images

In 1963, Beatles fans first heard Paul McCartney sing the classic, “I Saw Her Standing There.”

And now, nearly 60 years later, the music legend could still see “her” — or you, or I, or anyone really — standing anywhere in his general vicinity thanks to his practice of eye yoga.

The 78-year-old McCartney spoke about the virtues of eye yoga on the podcast Table Manners, hosted by singer-songwriter Jessie Ware, (which you can listen to below) and noted that he learned about it from a yogi during a trip to India a little over a decade ago.

“He explained that your eyes are muscles whereas your ears aren’t, so you can’t exercise your ears. But your eyes, you can,” McCartney said. He also noted that he doesn’t need glasses, and that “I don’t know if it means that that’s why I don’t need glasses when I’m reading a newspaper. It makes sense, you know? It’s a good idea.”

And if you’re wondering how, exactly, the eagle-eyed McCartney practices eye yoga, he explained the process:

In fact, you can  watch McCartney explain his eye yoga technique in the video below, which was originally posted to YouTube in 2010.

The Benefits of Eye Yoga

For those who are sceptical of celebrity wellness routines, a study published by the International Journal of Yoga in 2020 suggests that the ex-Beatle is on to something.

“Yoga ocular exercises reduce the eye fatigue symptoms score by increasing the efficiency of extraocular muscles,” study authors concluded. “Hence, it could be considered as a therapeutic and nonpharmacologic intervention for reducing the eye fatigue and associated asthenopic symptoms.”

As well, Yoga International offers a selection of eye exercises to help combat eye strain from all those screens many of us stare at each day.

“By making the eyes more flexible and adaptable, you can keep eye problems from getting worse, and can even improve them,” Dr. Marc Grossman, a behavioural optometrist and eye care author, says in a story by health and wellness site Yoga International.

The story also notes that eye yoga exercises can offer another benefit: helping to “cultivate a keener sense of body awareness, inner presence, and well-being.”

And, of course, there are numerous videos on YouTube offering expert tutorials for different eye yoga exercises.

It’s perhaps no surprise that McCartney would be all over eye yoga. He’s also a practitioner of yoga and Transcendental Meditation — which he and fellow Beatles had a hand in helping to popularize when they took it up after visiting its creator, Maharishi Mahesh Yogi, in India in ’60s. He also became a vegetarian in the ’70s and enjoys doing headstands — which he’s said is a byproduct of his yoga training.

McCartney also exercises regularly and, when asked about what music a Beatle listens to during a workout, he told Cosmic magazine, “I happen to have a great old jukebox that Capitol Records gave to each of the Beatles years ago … It happens to be in the gym area. So, I listen to all these old records, rock ‘n’ roll music by Chuck Berry, “Something Else” by Eddie Cochran, “Tutti Frutti” by Little Richard. It’s endless! I really love it!”

He also told Rolling Stone in 2017 that he hated gym class as a kid and, even up through his Beatles days, never paid much care to exercise. But with age, he recognizes the importance of exercising and staying fit.

“And,” he added, “there is a good feeling when you feel like you can accomplish stuff without falling over.”

VIDEO: Paul McCartney Sings “I Saw Her Standing There” at Nephew’s Wedding