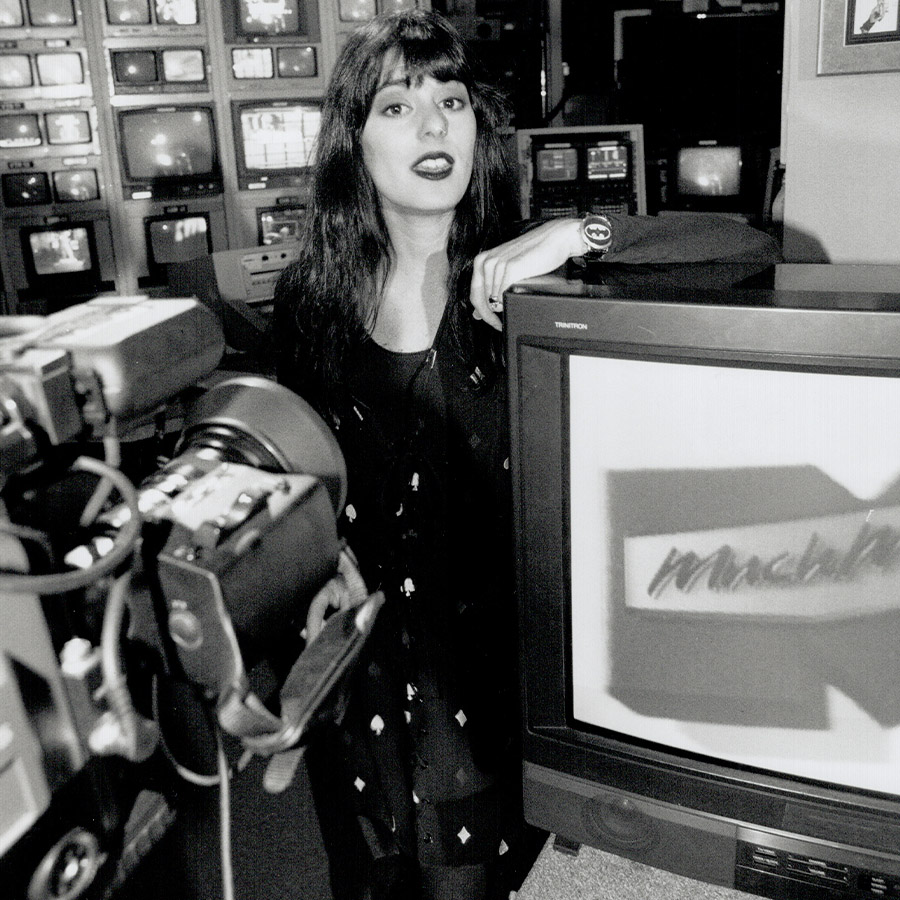 Erica Ehm, seen here at MuchMusic in the 1980s, was one of the station's most famous VJ personalities. Today, Bell Media announced the upcoming relaunch of MuchMusic on the TikTok social media platform. Photo: Peter Power / Toronto Star / Getty Images

MuchMusic — the seminal Canadian music station — founded in 1984 by Moses Znaimer [ZoomerMedia’s founder and CEO] which went on to become the premiere television destination for music videos, artist interviews and legendary performances right up until the mid-2000s — is being revived on TikTok beginning July 7.

Bell Media, which owns MuchMusic, revealed the news as well as the station’s new logo (see above), in a press release Thursday.

“From artist-hosted tent-pole events to live performances, the partnership provides a multitude of brand integration opportunities under the MuchMusic banners,” the release read. “TikTok becomes the exclusive home to iconic MuchMusic series Video on Trial, Intimate and Interactive, and MuchMusic Spotlight, fresh content every week, live music, and more.”

In their original incarnations, Intimate and Interactive and MuchMusic Spotlight invited some of the world’s hottest musical acts into the MuchMusic building at Queen and John Streets in Toronto, where they’d be surrounded by fans for intimate interviews and performances that often spilled out into the crowd on Queen Street. Video on Trial, meanwhile, was a later show that saw comedians and celebrities humorously critique music videos.

No details have been released as far as new VJ personalities or a format for the shows.

With MuchMusic — eventually rebranded as just Much — largely becoming home to reality shows and non-music content in recent years, news of the relaunch of its the classic brand and shows set social media abuzz.

Of course, not all fans of the original MuchMusic are convinced that this new incarnation will live up to the original channel’s entertainment value or authenticity.

Only time will tell if the relaunched MuchMusic is a success, or if it’s Much ado about nothing.