‘Roadrunner: A Film About Anthony Bourdain’ Explores the Passions, and Pain, of a Perfectly Imperfect Man 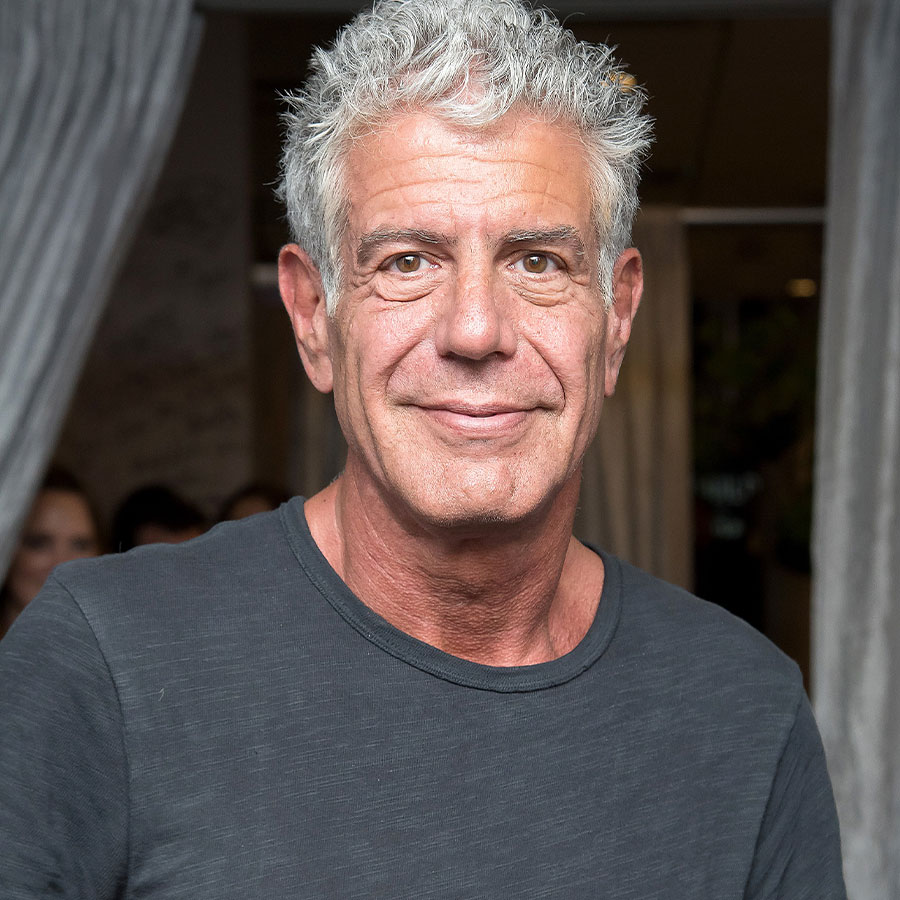 In the documentary 'Roadrunner,' friends of the late Anthony Bourdain, pictured here in 2016, discuss the complexity of his life and relationships and, ultimately, his suicide. Photo: Mike Pont / WireImage via Getty Images

There is a moment in Roadrunner: A Film About Anthony Bourdain, which opens in theatres this Friday, where Bourdain explains what drove him to keep moving: “Coming home is the greatest thing. Then a week later, you feel the need to leave again.”

The death of Bourdain by suicide three years ago, at the age of 61, was a moment of cultural shock. While the former chef turned quintessential TV travel host touched a nerve with us all in life, his suicide was not wholly unexpected to those closest to him — according to the circle of his friends assembled by director Morgan Neville for this feature-length documentary. The naked pain in this film is difficult to watch, especially if your life has been touched by suicide, but the catharsis is very rewarding.

Neville — who previously directed films about Orson Welles, Mr. Rogers, Johnny Cash and Sidney Poitier, along with the 2013 Oscar-winning doc 20 Feet from Stardom — searched through some 20,000 hours of tape of Bourdain, on camera and behind the scenes, for this doc.

As a result, there is such a rich and deep trove of moments that show how similar — pensive, thoughtful, hypnotic — Bourdain was in both his public and private lives.

The director called the film Roadrunner after a favourite song of Bourdain’s by the band The Modern Lovers. Bourdain was dedicated to punk music and, in his youth kicking around New York City kitchens, emulated the lifestyle of Iggy Pop. And it is a clip of him interviewing Pop that cuts into Bourdain’s open wounds.

Bourdain tells the Stooges lead singer how he modelled his career after the weathered punk icon, “travelling around the world and recklessly eating and drinking to excess.” He goes on to ask Pop what drives him now, “what thrills the shit out of you today?” Pop pauses and says, with a Zen delivery, “To be loved and to appreciate the people who are doing that to me.”

It is always said that you shouldn’t meet your heroes and this seems to be a great example of that. Because therein lies the mic drop: Bourdain, who was married twice, and had a child, a daughter named Ariane, in his 50s with his second wife Ottavia Busia-Bourdain, spent his life running away from love.

Alison Mosshart from The Kills, a close friend of Bourdain’s, is interviewed for the documentary and calls him a searcher, implying that his two callings — chef and writer — were warning signs: “People who write and people who cook, giving love and receiving love, they just don’t know how to do it.”

Other voices in the film include Busia-Bourdain, chef pals David Chang and Eric Ripert (who was on the last filming trip with Bourdain in France, when he took his own life), as well as Bourdain’s brother, Chris. The interviews are raw, with Chang at one point breaking down in tears: “He really f*cking pissed me off. It really hurt,” about a memory of Bourdain telling him he would be a lousy father. “He was projecting. He couldn’t be the romantic version of a dad” he wanted to be.

Bourdain, who wrote his own ending, is the star of the film throughout. He says more cutting things about himself than anyone else could. He was acerbic and crisp in his writing and self-lacerating in his on-camera confessionals — the recorded outtakes from his journeys. So much of Bourdain’s life was recorded, in fact, that Neville was able to find and include some of the many times Bourdain spoke about his battles with darkness, his jokes about suicide.

Of course, many of Bourdain’s demons were public: he was a former heroin addict, though he continued to drink, indulging often on his two series’ — first, the Food Network’s A Cook’s Tour and, then, his runaway CNN hit, Parts Unknown. (One of the latter show’s most famous images is of Bourdain sitting with Barack Obama at a noodle place in Vietnam sharing beers.)

Bourdain found fame at age 44 when he wrote his first book, Kitchen Confidential, in 2000, a tell-all that morphed out of a New Yorker piece detailing life at the back of the house as executive chef at Brasserie Les Halles in New York, where he had worked until then in (relative) obscurity.

He spoke exactly as he wrote and vice versa: you can hear Bourdain’s voice in your head when you read his words. It is a remarkable unity of cadence, and it goes a long way to explain why he had such impact: he was rock ‘n’ roll, he did the cool things we will never likely do, but he lived it, he wrote it, and he spoke it on camera with such an absolute authenticity that he took us along with him and made it all relatable. His flaws, which he owned proudly, provided solace and companionship for our own. He was grumpy and he made big, messy mistakes and then his smile lit up the screen and everything was okay again.

Bourdain was clearly great on camera, but it was because he wasn’t an egomaniac. He knew that his talent and charisma on screen was what made his peripatetic life possible, so he accepted that deal with the devil. Once he began filming in 2002, he lived his life on the road, crew in tow, saying at one point he had circled the globe 26 times. The crew was family, and their commentary in the film adds narrative to the clips Neville has chosen. There was, however, a terrible rift about a year before the end.

The crew noted Bourdain’s moods swung to extremes over his final year. There was no longer any middle ground: the highs got higher, the lows got more ugly. Neville has said in interviews promoting the film that Bourdain suffered from a cornucopia of mental health issues, from OCD and bipolar disorder to agoraphobia — this last an incredible irony for one of the world’s most famously travelled men.

Then along came Asia Argento. The 45-year-old Italian actress, Bourdain’s final love interest, was notably not interviewed for this film. Those closest to Bourdain watched his obsession with her darken his demeanour. As Mosshart observed: “the leather jacket’s back.” Bourdain was returning to full bad boy mode after his time as doting dad. The friends all point to, but do not specifically blame, a breakup with Argento as the inciting incident in France that led to Bourdain’s death. There is simply the fact that, in the days before he died, Argento was featured in tabloid photos with another man.

In the last eight weeks of his life, Bourdain finally tried therapy. There is an astonishing sequence in the doc from a TV segment filmed in Argentina, where Bourdain actually records a full therapy session on camera. The man’s life was his art: watching him unpack his burdens feels incredibly intimate.

When someone dies by suicide, the haunting question of why will always hang over the survivors. The success of this film is that it doesn’t try to answer the unanswerable.

It doesn’t sugar coat its subject either, as that would be a grave injustice to Anthony Bourdain — a perfectly imperfect man.

Roadrunner: A Film About Anthony Bourdain hits theatres July 16 and will be followed by presentations on CNN and HBO Max at an unspecified date.

Global Gourmets: 5 Cookbooks That Bring Home a World of Flavour