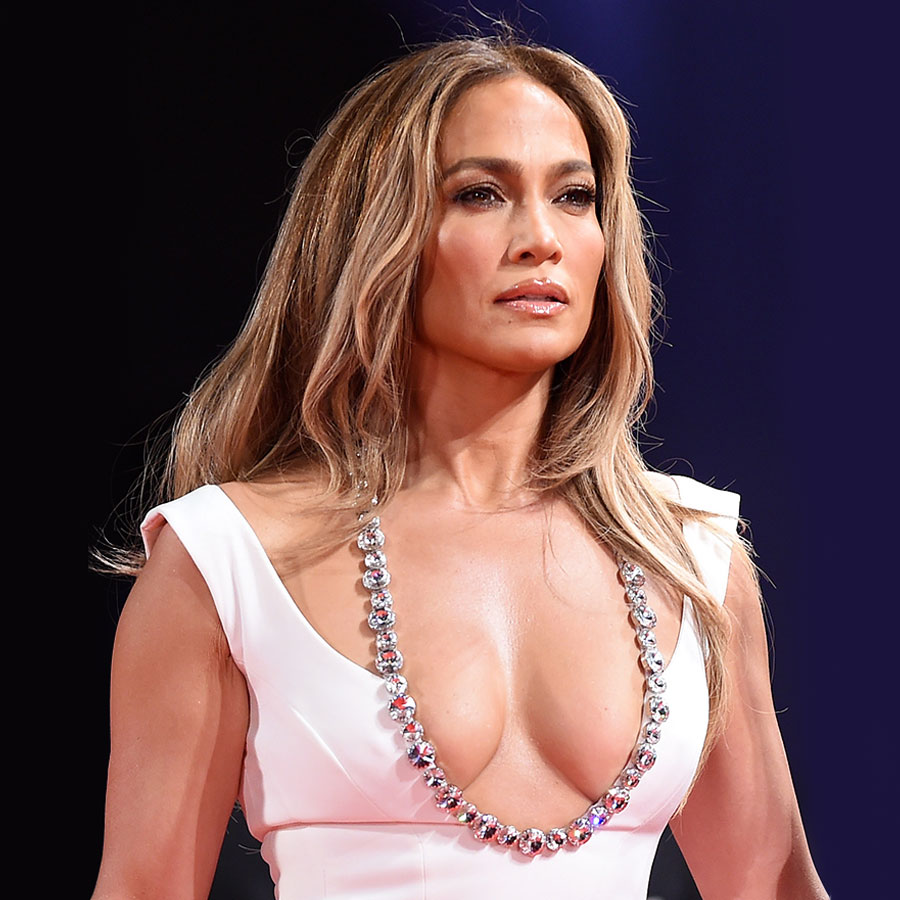 Jennifer Lopez, 52, walked the red carpet for the movie "The Last Duel" in a a plunging Georges Hobeika mermaid gown — and with Ben Affleck at her side — during the 78th Venice International Film Festival on Friday. Photo: Stefania D'Alessandro / Getty Images

The Venice International Film Festival welcomed a cavalcade of movie stars over the last week, drenching the fabled Italian city in Hollywood glamour. From the classic Chanel couture of Penelope Cruz through Cynthia Erivo’s signature avant-garde looks and festival best-dressed Dakota Johnson walking the red carpet as a silver Gucci goddess — not to mention JLo’s stunning, plunging mermaid gown — we’re handing out our own awards to all of our favourite (and some not-so-favourite) Venice looks below.

Known for her edgy glam and cutting-edge, red carpet choices, the actress and Venice Jury Member went with artsy galactic glam by Schiaparelli Haute Couture to the Dune premiere.

The actress, chanteuse and second-generation fashion taste-maker opted for a kicky playsuit from Saint Laurent by Anthony Vaccarello and foxy knee-high boots for her new film, Sundown, co-starring Tim Roth.

In a tasselled Chanel Couture gown for the opening night screening of Pedro Almodovar’s Madres Paralelas, in which she stars, Cruz scores another point in her unbroken series of red carpet wins.

Attending the premier of her time-traveling thriller Last Night in Soho, the Gambit star, in her Dior gown and matching heels, looked like she’d been unwrapped from a Mattel package.

Spotting the celebrity in an odd, baffling, or Star Trek look by Prada has become something of a red carpet ritual. This year, it was Gyllenhaal. The esteemed actress arrived for the premiere of her directorial debut, The Lost Daughter, in a decidedly conservative gown.

The ultimate California Girl went with a bold and bright Chantilly lace and tulle gown from Valentino for the premiere of her fantasy thriller, Mona Lisa and the Blood Moon.

Draped in an ice blue sequin gown and over-coordinated accessories, right down to the hairband, Dame Mirren’s costume-y Dolce & Gabbana glam for opening night’s Madres Paralelas premiere looked like she’d escaped from the set of Frozen.

The Italian model/actress hit the red carpet for the Madres Paralelas premiere in an Armani Privé dress that, coming and going, likely scored as many marriage, as movie, proposals.

Everyone’s favourite Bronx babe arrived in a plunging Georges Hobeika mermaid gown for the premiere of The Last Duel with her favourite accessory, Ben Affleck, who also wrote the film with its star, Matt Damon. An appearance that marked the reunited duo’s first red carpet as a couple in more than 15 years.

The Chanel brand ambassador arrived for her Diana biopic Spencer in a pistachio silk lace trimmed chemise and capris ensemble that looked plucked from the label’s lingerie line — right down to the bed-head tresses.

The Oscar-winning director made her opening night appearance for the Madres Paralelas premiere in a messy ponytail and a prairie housewife dress by Armani that you just know she’s wearing running shoes under.

In town to accept Golden Lion for Lifetime Achievement award — and to promote Halloween Kills, the latest instalment of the horror franchise in which she first starred in 1978 — Curtis invoked another big cat in her red leopard gown from Dolce & Gabbana.

The face of Armani Beauty mined the designer’s archives for the 2005 gown she wore to the opening night screening of Madres Paralelas.

Sharon Stone Takes Cannes, Receiving the Commander of the Order of Arts and Letters Honour After Stunning on the Red Carpet