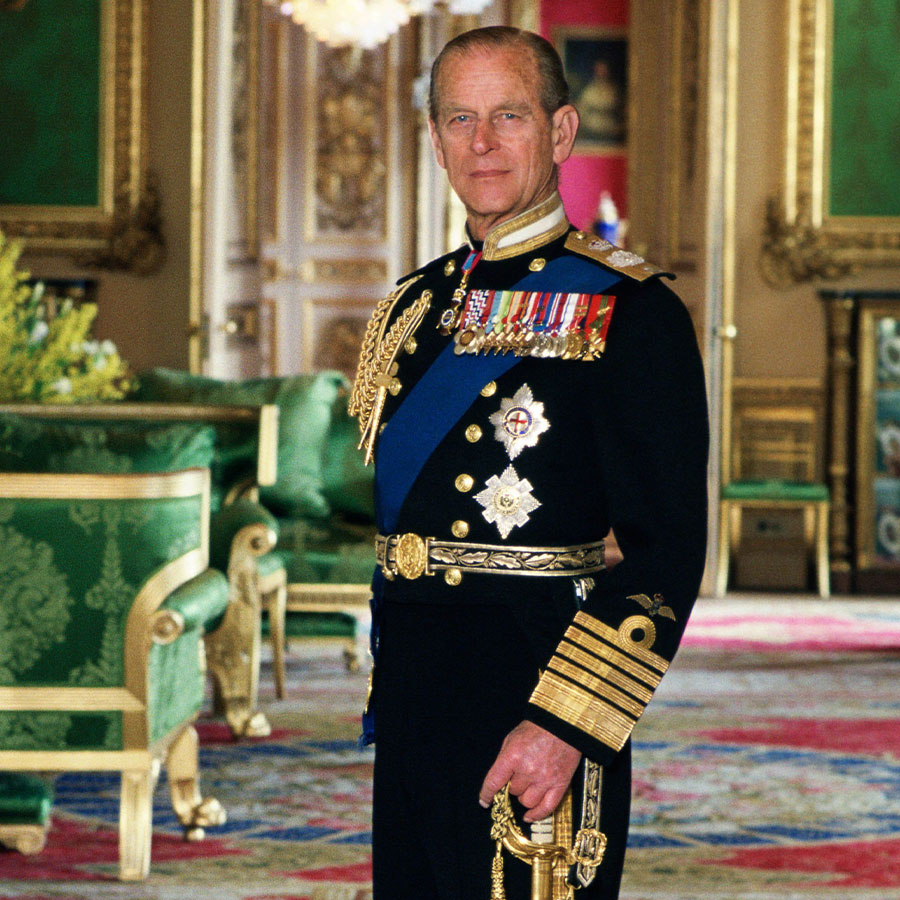 Prince Philip: The Royal Family Remembers aired last evening in Britain. It was a feast of intimate recollections from immediate family and a peek into his private palace spaces, with the bonus of some of the Queen’s own private archival footage over the years.

The BBC One documentary had begun as a tribute to the Duke of Edinburgh for his 100th birthday, but when he died this past April, two months short of that milestone, production shifted to a remembrance. All of the Queen and Prince Philip’s four children and their adult grandchildren were interviewed for the program. Interviews were filmed both before, and after, the duke’s death.

Reviews of the sweet family project were in the main quite positive. The Telegraph called the tribute “lovingly unfussy,” saying it was reflective of the duke’s personality. The Times called it “a touching tribute to the man behind the throne.” There was, predictably, a bit of backlash, but only a bit, from the Independent, and it was mainly about the BBC, a public broadcaster, filming a documentary so slavishly favourable to Prince Philip who, after all, had a long history of gaffes and off-colour (occasionally racial insensitive/anachronistic) humour, somewhat out of step with modern views. The headline read: “If the BBC is so woke, how did it make a show so adoring of the monarchy?”

One can only speculate that getting the active participation of so many senior members of the Queen and Philip’s immediate family would mean that the film would necessarily become a positive PR exercise for the monarchy. Access, as they say, is everything and this is access unparalleled since the 1969 film The Royal Family. Prince Philip was the architect of that first intimate look at the royals as a family rather than figureheads and it paved the way to humanizing the institution. Philip was, after all, the one who insisted Elizabeth II’s coronation be televised.

Prince Charles, whose relationship with his father when he was young is often portrayed, in series like The Crown, to have been fraught — a consequence of their very different personalities. Charles being soft and sensitive where the duke was harder edged and pragmatic. Charles, for instance, didn’t fare well at the duke’s beloved alma mater, Gordonstoun boarding school, known for its military discipline. A story Charles chose to share in the documentary indeed shows a touch of this personality clash, with the duke at the sidelines of a football game of Charles’ shouting, “Stop scratching your backside and do something!”

But the documentary also appears to be a chance for Charles to correct the record. It is Philip’s first born who begins the documentary with a telling anecdote about the Duke of Edinburgh on his deathbed. The two are clearly close at this point, aged 72 and 99, respectively. As Charles relates bringing up the subject of his father’s 100th birthday, Philip quips, “Well, I’ve got to be alive for it, haven’t I?” showing how sharp his humour was right til the end. Charles tries to put to rest rumours of rifts with this definitive statement: “I have very happy memories and we were lucky to have him for nearly 100 years.”

The family shares Philip’s fondness for practical jokes, with both Prince William and Peter Philips relating stories about their grandfather’s habit of taking the lid off the mustard at cookouts. “He would squish your hands together to fire the mustard up into the ceiling,” said William, adding that the splotches left there used to get him “into a lot of trouble” with Her Majesty.

Prince Harry, participating in first “family” project since stepping down as a senior royal and all the drama that has since ensued, was filmed going through his grandfather’s flight logs (Philip was a pilot, and often flew the Queen around: who knew?) In Harry’s words: “I can just imagine my grandmother sitting in the back and having a cup of tea, going through turbulence and going, ‘Oh Philip, what are you doing?’” Harry goes on to call his grandparents “just the most adorable couple” with “an incredible bond.” He also called Philip “cheeky” and shared the simple and customarily abrupt advice his grandfather, who fought in the Second World War, gave him as he left to serve in Afghanistan: “Make sure you come back alive.”

Princess Anne burst into laughter in her interview when recalling a fishing trip with her father on Loch Muick. She was, she relays, reticent to go, telling her father, she can never catch anything. He dismissed this with a breezy “Nonsense come with me,” she said. Then after a half hour of casting for nought, her father leaned in and said simply, “I see what you mean.” Turning serious, Anne called her father “a problem solver,” concluding, “A lot of that stemmed from his early experiences and the problems of his early life.” Philip, born into the Greek royal family, was exiled to Paris with his family from their native land; his mother, Princess Alice, was later confined to a mental institution. Philip only found structure when he went away to military school in Scotland.

Black sheep Prince Andrew, who also had a military career like his father, appeared in interviews, talking about his daughters’ “amazing relationship with their grandfather.” He shares a secret from his childhood, that Philip taught them to drive when they were very young, albeit safely on the grounds of various castles. “My earliest memories of my father are of him reading stories to us here at the castle,” he said. “He taught us to swim, he taught us to play badminton, he taught us all sorts of sports.” The Duke of York’s daughter Eugenie revealed that her wedding present from her grandfather was a painting of flowers Philip himself made. And the young Lady Louise Windsor, just 17 in her first public interview, talked about the passion for carriage driving she shared with her grandfather, saying sweetly, “I definitely hope I have made him proud.”

As for youngest son Edward, his story for the cameras was filmed while looking back over old family films. The one-time filmmaker turned full-time senior working royal, Edward’s voice was filled with emotion talking about his father, whom he called “the most self-effacing man I think I know.” Edward’s wife, Sophie, revealed earlier this summer that her husband had inherited Philip’s skill for grilling; the family barbecues that the duke was famous for came up often in the documentary.

The revelations of the Prince Philip doc are all quite small taken individually. Yes, it is a wholly positive take on the man, but then, isn’t that what happens when everybody dies? We remember and celebrate the good things. The sum of the whole of the remembrances serve to add some texture and a patina of intimacy to the family side of the Royal Family.

William, second in line to the throne, summed up the duke with the words, “He’s always been the heart of the family and he’s always been a huge presence behind everything we have done, really.”

And he said that Prince Philip had taken on a hard job, and borne the duties of his role with grace, considering the gender role reversal would have been an especial challenge for a man in the duke’s era: “It was very much a man’s world back then, so for a man to give up his career to support a woman, albeit the Queen, was still quite a big step.”

Prince Philip’s Will to Be Kept Secret for 90 Years to Preserve Queen Elizabeth’s Dignity, Court Decides