Barbara Walters Turns 92: Seven of Her Most Emotional Interviews 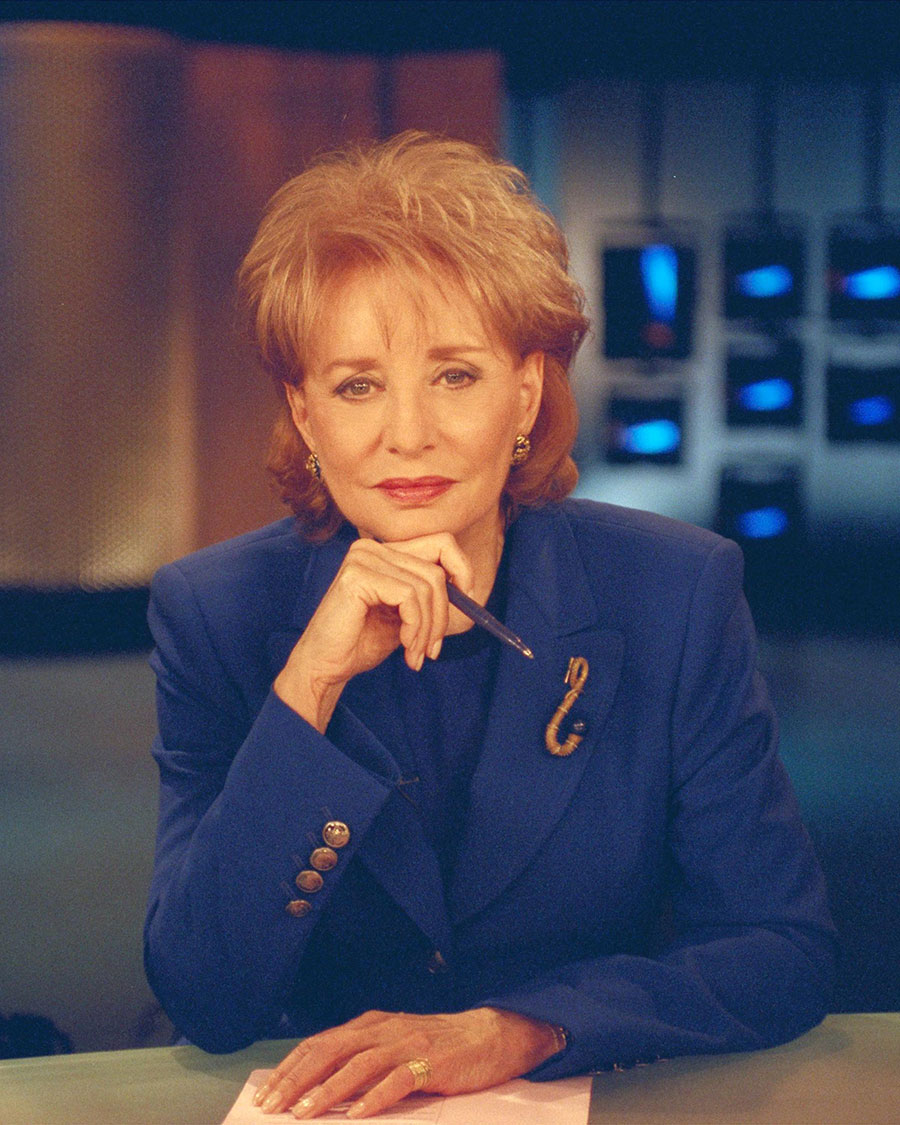 In her career, TV legend Barbara Walters — who turns 92 this week (Sept. 25) — has made a habit of being first.

She was the first female morning show co-host at The Today Show in the ’70s. In 1976, she was the first woman to co-host a network evening news show, the ABC Evening News. In that capacity, she was the highest paid newswoman in history, with a then-phenomenal salary of $1 million a year. She was the first co-host (with her friend Hugh Downs) of ABC’s 20/20. And — if imitation truly is the sincerest flattery — she was repeatedly flattered with a first-rate impression that made TV history, Gilda Radner’s “Baba Wawa” on Saturday Night Live.

For all that, Barbara Walters may be best known for having tissues handy during interviews.

Despite a career of serious interviews that practically defined late 20th-century history — including Fidel Castro, Henry Kissinger, the Shah of Iran, Margaret Thatcher, Indira Gandhi, Vaclav Havel, Vladimir Putin and Camp David Accord signees Anwar Sadat and Menachem Begin — Walters’ three-decade stint as the host of the pre-awards “Barbara Walters Oscar Special” cemented her reputation as the Bringer of Tears.

Yes, they were mainly actors, whose occupation invariably leaves them a hair’s breadth away from their emotional core. But there were also tough guys like Gen. “Stormin’” Norman Schwartzkopf. (Not Kissinger though. You can’t squeeze tears from a stone).

And there’s no question that, after a while, some interviewees adopted a “Go ahead. Try to make me cry” attitude that she was invariably able to break through.

With that, here’s a round-up of some of the most notable Barbara Walters tear-fests.

“Tissue, please!” a red-eyed Oprah orders off-camera after Walters asked her to describe her friendship with best friend Gayle King. The answer that made her crack: “She is the mother I never had, the sister everybody should have and the friend that everybody deserves.”

“Why does that make you cry?” Walters asks.

“It’s making me cry because of how much I never told her that,” Oprah says.

Walters interviewed the Dirty Dancing star in 2009, the year he died of pancreatic cancer. He was perfectly composed and even lighthearted talking in detail about his treatment and chances of recovery. But then she re-ran a clip from a 1988 interview in which he broke into tears talking about his dad’s death (at the time, he said his father saw crying as “a sign of weakness”). Returning to the present from that clip, a moistened Swayze looked at Walters and said, “You devil dog.”

He got more choked up when Walters showed him a clip from his hit movie Ghost, where Swayze’s spirit moves into the heavenly light and turns to declare, “It’s amazing, Molly. The love inside, you take it with you.”

She was, at the time, arguably the most beloved upbeat personality on daytime TV, but Walters found pain in Ellen’s past, getting her to talk about the sexual abuse she suffered at the hands of a stepfather (“a horrible, horrible man”) after her parents divorced at 13 and she moved with her mom to East Texas. Recounting the events brought Ellen to tears.

Ringo was primed to have his emotional buttons pushed in 1981, less than a year after his friend and bandmate John Lennon was murdered. As he began to lose it, he told her, “Do you want to stop that now? Because it doesn’t help. It always gets me upset.” Thirty years later, Ringo was interviewed about the death of another Beatle bandmate, George Harrison, in the documentary Living in the Material World, and declared, “I’m having a Barbara f—ing Walters moment!” as he wiped away a tear.

The expulsion of Saddam Hussein’s army from Kuwait was a fait accompli, though American troops were still in the field when Walters conducted this interview in 1991. A composed “Stormin’ Norman” talked lovingly about his wife, his daughters and his son before talk turned to his late father, a major-general.

“I’ve probably thought about him more now than I have in many, many years. I’ve thought if he were looking at me now, I know he’d be proud.” And then came the tears. “I didn’t know it showed,” he said, when Walters pointed it out.

“Dr. McDreamy” on Grey’s Anatomy won over many more hearts when he broke into tears while recounting to Walters how he met his wife, Jillian Fink (and how his previous marriage ended). “I need a break,” he said at one point after failing to compose himself. Happily, he and Jillian are still together and have three children.

Yeah, she had this one coming. In 1991, on the same special where she interviewed Gen. Schwartzkopf, she did a very Hollywood-y session with Leonardo, Donatello, Raphael and Michelangelo. Very earnestly, she asked them, “Do you know who your parents are?” Walters almost immediately found her dress drenched in fake turtle tears. She would later say she regretted saying yes to that interview.

A version of this story was originally published on Sept. 25, 2019.