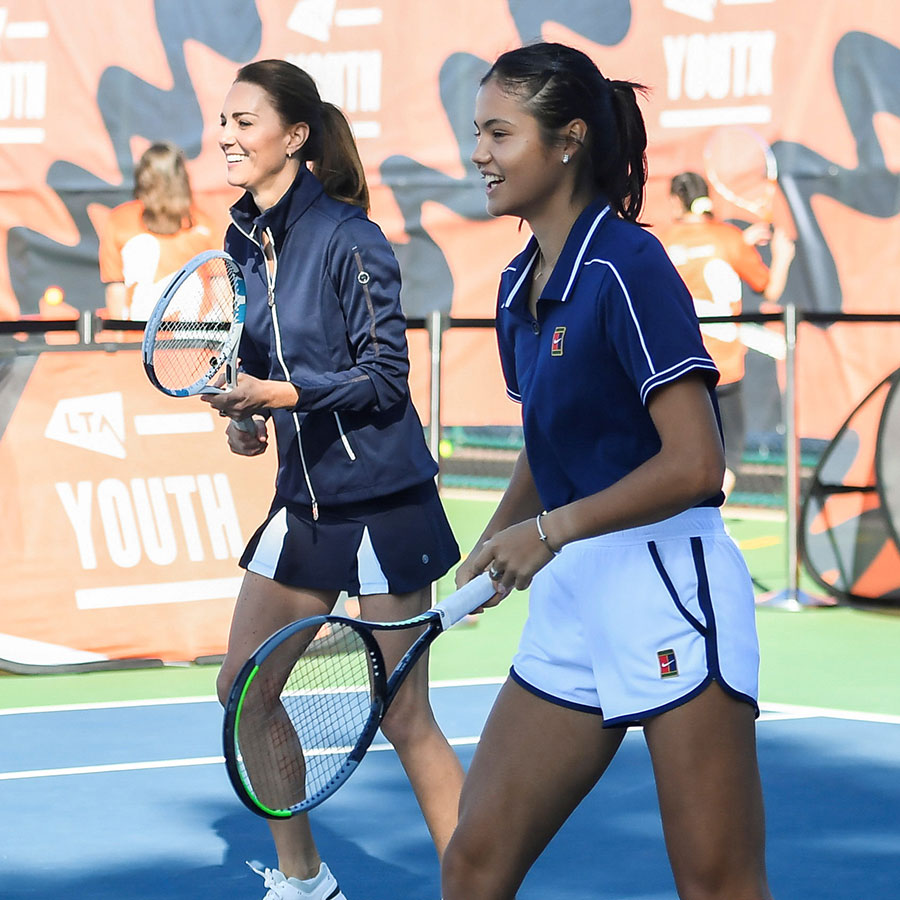 Kate, the Duchess of Cambridge and newly crowned U.S, Open Champion Emma Raducanu in mid-rally during their doubles match on Friday at Britain's National Tennis Centre in southwest London on Friday. Photo: Jeremy Selwyn/Pool via Reuters

She joined forces with Kate, wife of Queen Elizabeth’s grandson Prince William, for a game of doubles at a special event to celebrate Britain’s new tennis champions.

A keen tennis player herself, Kate called the players’ victories “amazing” as she showed off her forehand in a navy tennis outfit for the knock-up at Britain’s National Tennis Centre in southwest London.

She is the patron of the Lawn Tennis Association and often seen in the royal box at Wimbledon.

Raducanu‘s win, a fairytale run from the qualifying rounds to the U.S. Open, was saluted by Queen Elizabeth.