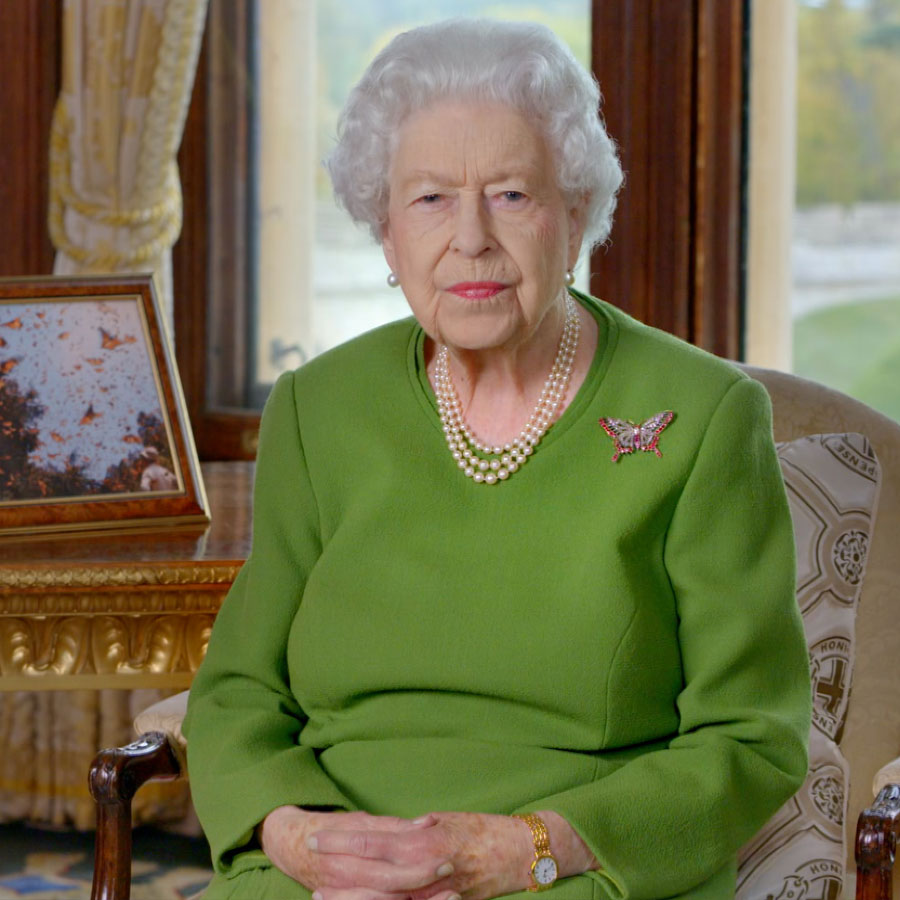 Queen Elizabeth II, pictured here giving a speech via video for the opening the COP26 summit in Glasgow, gave a statement at the General Synod on Tuesday referring to her late husband, Prince Philip, and the inevitable passage of time. Photo: Handout/Getty Images

Queen Elizabeth appeared wistful of her remaining time as monarch in a message read at the General Synod on Tuesday.

The 95-year-old monarch, who didn’t attend the event for the first time in its 51-year history after cancelling her appearance at the Remembrance Sunday ceremony due to a back sprain this past weekend, sent her youngest son Prince Edward to deliver the address, which spoke of her late husband Prince Philip and the inevitable passage of time.

“It is hard to believe that it is over 50 years since Prince Philip and I attended the very first meeting of the General Synod,” the Queen said in the statement. “None of us can slow the passage of time.”

In a pre-recorded address played at the COP26 climate change summit earlier this month, Queen Elizabeth made yet another mention of the hands of time in reference to the world she and other leaders intend to leave behind for future generations.

“It is the hope of many that the legacy of this summit — written in history books yet to be printed — will describe you as the leaders who did not pass up the opportunity; and that you answered the call of those future generations,” she said.

“Of course, the benefits of such actions will not be there to enjoy for all of us here today: we none of us will live forever, but we are doing this not for ourselves but for our children and our children’s children, and those who will follow in their footsteps.”

Her recent remarks at the General Synod also touched on the difficulty people of faith have endured during the pandemic, “with unprecedented restrictions in accessing the comfort and reassurance of public worship. For many, it has been a time of anxiety, of grief, and of weariness,” she wrote.

“Yet the Gospel has brought hope, as it has done throughout the ages; and the Church has adapted and continued its ministry, often in new ways — such as digital forms of worship,” she added.

With the General Synod meeting every five years, the Queen also touched on her hopes for the coming years, stressing the importance of unity among the bishops and clergy in attendance as they face the oncoming challenges ahead.

“Your Graces and members of the Synod, the next five years will not always be straightforward,” the Queen wrote. “Like every new Synod, you have inherited weighty responsibilities with many issues to address, reports to debate, and difficult decisions to make. You may have to consider proposals on governance, on conduct, on the use of resources, and on other issues; and on a vision for the future of the Church.”

The palace announced last week that the Queen would miss Tuesday’s event as she continued to follow her doctor’s advice to rest.

The Queen has been limited to light desk duties since spending a night in hospital last month for what Buckingham Palace called “preliminary investigations.” A palace source said her back sprain over the weekend was unrelated to the hospital stay, calling it an “incredibly unfortunate coincidence.”