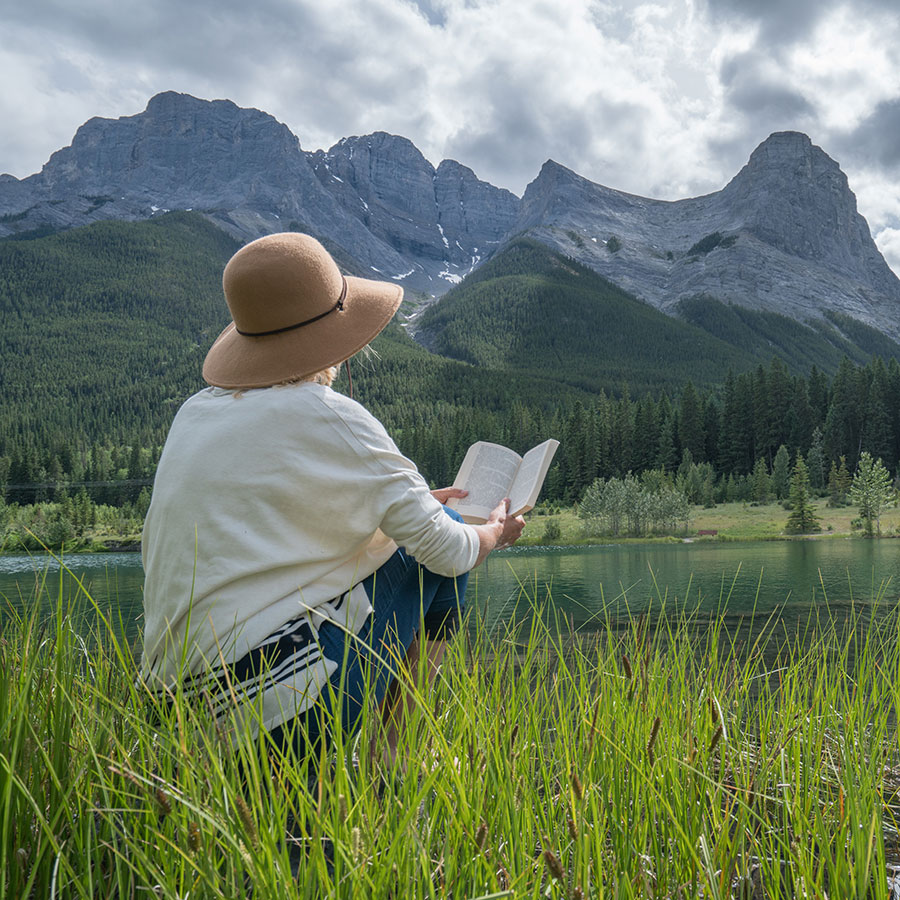 Settle in with a cup of tea or your favourite libation and armchair travel across Canada with these 10 classic and contemporary novels. The Shipping News by Annie Proulx

Winner of the Pulitzer Prize for Fiction in 1994, this darkly comic novel follows a long-suffering newspaper hack living in upstate New York. After his life falls apart horribly, he eventually finds his way to redemption in his abandoned ancestral home in the village of Killick-Claw along Newfoundland’s foggy, storm-battered coast. Fall on Your Knees by Ann-Marie MacDonald

Spanning from the late 19th to early 20th centuries, this novel by the award-winning Canadian author and playwright follows four generations of the ever-complicated Piper family who hail from Nova Scotia’s stunningly beautiful Cape Breton Island. Perhaps one of the best-known and beloved Canadian novels, Anne of Green Gables follows Prince Edward Island’s fabled and feisty redhead, an orphan who is adopted by middle-aged siblings to work on a farm in the fictional town of Avalon. After the book appeared in 1908, Montgomery went on to produce numerous sequels and the book has since been adapted for film, theatre and television. One of the bestselling books of all time at more than 50 million copies, the story’s fictional setting has inspired a thriving tourism for the province with visitors from around the world. The Apprenticeship of Duddy Kravitz by Mordecai Richler

Penned in 1959, this roller-coaster of a novel established Richler as one of the world’s best comic writers. The story follows the scheming and unscrupulous youngster Duddy Kravitz, the son of a third-generation Jewish immigrant family living in a poor district of Montreal. His grandiose plan is to grow up and “be somebody,” no matter how dubious the methods. Time travel back to 19th-century rural Ontario with this novel based on a real-life murder mystery. Grace Marks, a  mild-mannered maid, has been convicted for her involvement in the gruesome murders of her employer, Thomas Kinnear, and his housekeeper and mistress, Nancy Montgomery. When Grace claims to have no memory of the day of the murders, a group of reformers and spiritualists recruit a psychiatrist to research her case in the hopes of having her pardoned. The book earned Atwood her third of six Booker Prize nominations and was later adapted into a Netflix mini-series by Sarah Polley. The Stone Angel by Margaret Lawrence

Margaret Laurence’s Hagar Shipley is iron-willed, self-reliant and, at 90 years young, stubbornly refuses to go into a nursing home. In her bid for freedom and independence, she may also be one of the most memorable characters in Canadian fiction. From the beloved author of A Jest of God, The Fire-Dwellers, A Bird in the House and The Diviners. Alone in the Classroom by Elizabeth Hay

Set in Saskatchewan and the Ottawa Valley, this multi-generational tale explores the roots of obsessive love and hate and how the secrets, wrongs and unfulfilled desires of childhood are passed from generation to generation but also how hope and redemption can be found in the most unexpected connections. From the internationally bestselling author of Happiness and Spanish Fly comes this story about people caught up in the web of lies and violence of the world’s most insidious Internet scam known as “419.” Set in Calgary and the Nigerian city of Lagos. Lee’s stunning 1991 debut novel, which  follows the trials and tribulations of a Chinese Canadian family, became a literary classic with its unflinchingly honest portrait of four generations of women whose lives are haunted by the secrets of their past but also the isolation, discrimination and racism confronting the first generation of Chinese immigrants to Canada. This emotional family saga takes readers from the wilderness of 19th-century frontier railroad camps in British Columbia to modern-day Vancouver. Call of the Wild by Jack London

This classic, penned in 1903, tells the story of Buck, the strong and beautiful St. Bernard-Scotch Shepherd who is kidnapped from his cushy California life as the pampered pet of a wealthy Judge and sold as a working sled dog in the Yukon during the 1890s Klondike Gold Rush. The novel follows Buck’s heartbreaking adventures as he attempts to adapt to his new life – and eventually,  as the title suggests, the inescapable “call of the wild.”