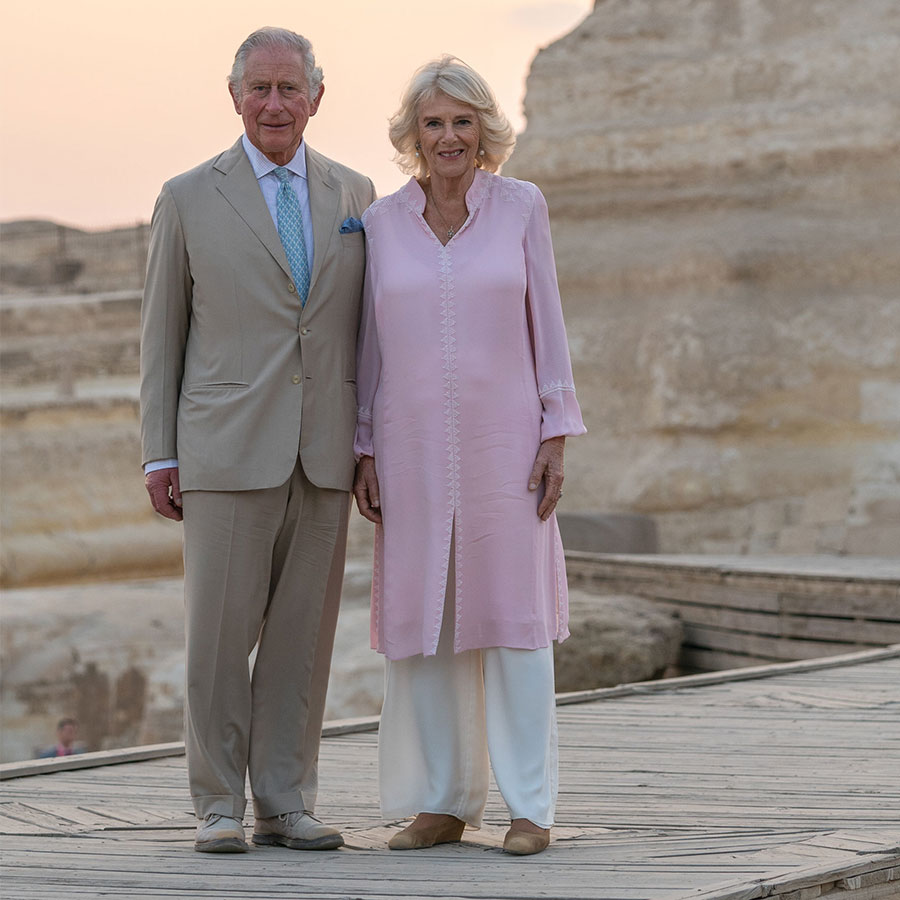 Prince Charles, seen here with Camilla at the Great Pyramids of Giza, stressed the importance of reconnecting with and protecting the environment at an engagement in Cairo on Thursday. Photo: Joe Giddens/Pool/Getty Images

Britain’s Prince Charles appealed for a common effort to preserve the environment on Thursday after visiting historic Cairo and the Giza pyramids on the first of a two-day trip to Egypt.

After arriving in the Egyptian capital from Jordan, Charles and his wife Camilla were received by President Abdel Fattah al-Sisi before heading to Al Azhar, the 1,000-year-old seat of Sunni Islam learning.

In comments during an evening reception at a restaurant overlooking the pyramids, Charles, 73, said ancient Egyptians understood the sacred geometry of nature and that this knowledge was essential to life and death.

“Like our rather more modest ancient stone circles in England, the pyramids remind us of a connection to our planet that we have over time forgotten,” he said.

The heir to the British throne said that during meetings with Al Azhar’s Grand Imam and some of its students and teachers he had been reminded of the many Koranic verses that speak of the importance of caring for the planet.

“We should heed such wisdom and rediscover a sense of the sacred by learning to live within the bounds of nature, rather than thinking we can go on ignoring it,” he said.

Britain would be with Egypt, which is due to host next year’s COP27 climate summit, in the “epic struggle to protect and restore our environment,” he said.

Charles said he had also had the “special pleasure” of meeting one of Cairo’s remaining craftsmen with the knowledge to make traditional minbars, or mosque pulpits.

The Middle Eastern trip is the first overseas tour by senior British royals since the onset of the COVID-19 pandemic.