Holiday Playlist: 11 New Albums Perfect for Giving, or Grooving to, This Festive Season 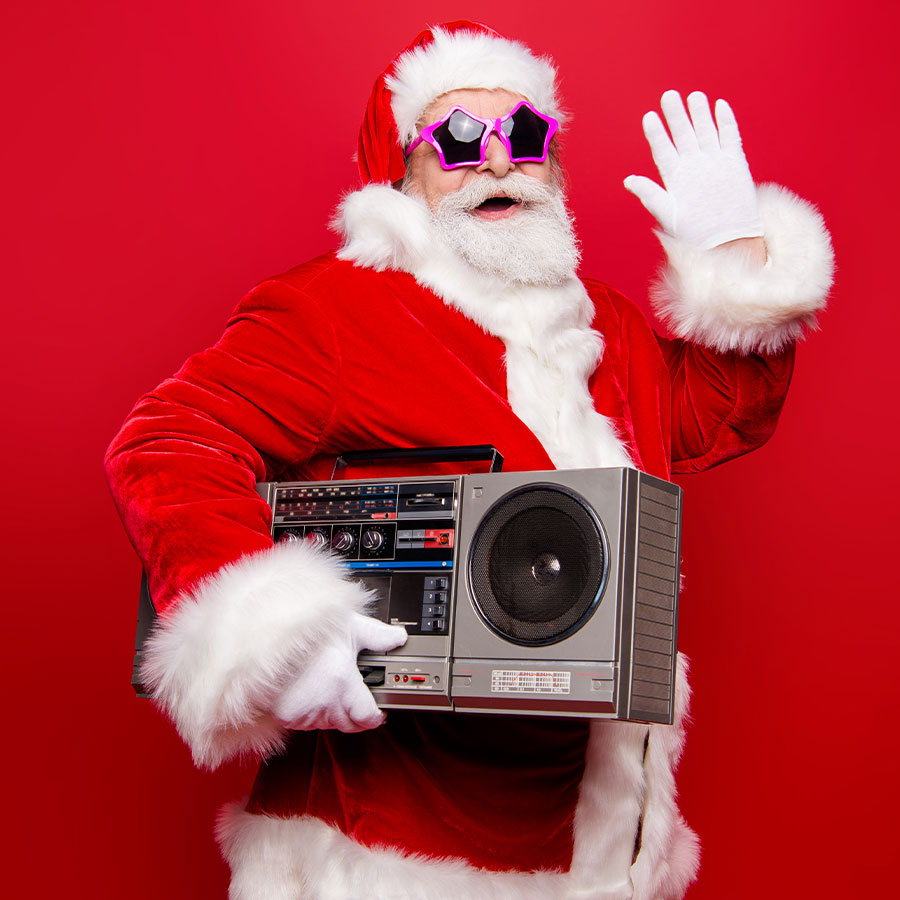 From Elton John to Norah Jones to a classical soprano and the Dutch King of Waltz, numerous new musical offerings make for great soundtracks to this holiday season. Photo: Deagreez / GettyImages

Music is a major part of the holidays, be it carols that evoke the spirit of the season, tunes to crank at holiday parties or as gifts for loved ones. So whether you’re looking to groove or gift — or simply refresh your holiday playlist with some new tunes — we’ve got 11 great musical offerings for fans of rock, R&B, classical, jazz and more!

Getting Into the Holiday Spirit

Christmas came early for Elton John this year, as the 74-year-old made history as the only artist to land on the U.K. Top 10 singles chart in six different decades when his tune “Cold Heart (Pnau Remix),” a duet with Dua Lipa from John’s The Lockdown Sessions album, hit number one across the pond in October.

And this month, John repeated the chart-topping feat again thanks to a collaboration with pop superstar Ed Sheeran. The duo’s new tune — “Merry Christmas” — may not be John’s best holiday-themed number (cue up “Step Into Christmas” for that one), but it’s still a solid pick-me-up song meant to bring cheer to yet another COVID-affected holiday season with lyrics like:

“So kiss me under the mistletoe
Pour out the wine, let’s toast and pray for December snow
I know there’s been pain this year, but it’s time to let it go
Next year, you never know
But for now, Merry Christmas”

Meanwhile, Canadian jazz legend Molly Johnson, 62, is back with a new holiday album, It’s a Snow Globe World, which she calls “an unexpected holiday LP, filled with joy and happiness and sometimes a little blue, as we all look to a brighter day.”  The album, including the lead single “Don’t You Know It’s Christmas,” arrived ahead of Johnson’s pre-Christmas mini-Canadian tour and, of course, her appearance on the cover of Zoomer magazine’s current issue.

There isn’t much that Norah Jones hasn’t accomplished in the music world, with her soulful blending of jazz and pop landing her nine Grammy Awards to date and a global fan base. But this year she released the first Christmas album of her career — I Dream of Christmas — that features a line-up of classics (“White Christmas” and “Winter Wonderland”) with new and original Jones compositions (“Christmas Calling (Jolly Jones)” and “It’s Only Christmas Once a Year”) that blend sentiments of holiday cheer and pandemic longing.

Kelly Clarkson has topped numerous lists of best new Christmas albums this year with her latest holiday offering, When Christmas Comes Around…

The American Idol winner’s second Christmas album — and first in eight years — features holiday favourites and new tunes, prompting the New York Times to crow, “it’s Clarkson’s originals — which she sings with the kind of verve most singers not named Mariah Carey don’t bother putting into their holiday releases — that make When Christmas Comes Around … truly stand out.”

One of those originals is the single “Christmas Isn’t Canceled (Just You),” an upbeat and joyful song (despite the negative premise) that, like the rest of the album, helps get you in the yuletide mood while letting any worries or negativity just slide off your back.

For those who just want to belt out their holiday cheer like they’re on a Broadway stage, there’s Happiness is…Christmas!, from Kristin Chenoweth. The 53-year-old Tony winner’s second Christmas album combines the magic of the holiday season with Broadway-level pipes and emotion, making for a great soundtrack to a holiday party or simply trimming the tree. On the title single, Chenoweth even offers a nostalgic nod to the classic “Christmas Time Is Here,” from the 1965 TV special A Charlie Brown Christmas.

And for anyone decking the halls alone this Christmas, R&B and hip hop artist Bryson Tiller has you covered with A Different Christmas.

“I’ve spent Christmas alone before … and I remember that those times I did felt really eerie in a way and just weird,” Tiller told Essence in November. “I was watching Christmas movies and next to a Christmas tree and it was a weird day. And I was like, ‘I can’t even fathom what it would be like to do that this year.’ So I started making a song about it and just writing about it, how I felt. And man, I [said], ‘You know what? I’m going to make a Christmas album.’”

The result is an album that recognizes not everyone feels holly jolly this time of year, while at the same time offering music that’ll help keep holiday spirits high. And Tiller’s first single from the album, “Lonely Christmas,” features Canuck pop star Justin Bieber and frequent Bieber collaborator Poo Bear.

For those looking for non-holiday new releases to jam to during the season, Neil Young, 76, and Crazy Horse dropped their 14th studio album earlier in December and the reviews so far are glowing. The Guardian said that, “These are 10 cogent songs about love and life, about the recent past, the years long gone and our future, delivered with verve, emotion and snarls of six-string authority.” While the New Music Express declared: “Raw and rugged at every turn, the album captures the telepathic bond that these rock ’n’ roll renegades have cultivated over the years.”

Also this month, fellow Canucks Blue Rodeo released their 16th studio album, Many A Mile — a disc that, thanks to COVID, saw Jim Cuddy, 65, Greg Keelor, 67, and the rest of the band record their parts for each song in separate locations. Nevertheless, as the Toronto Star noted, “Many a Mile is a great record, straddling the familiar blend of rock, country and pop that the Toronto lads have perfected for the past 37 years on a dozen tunes that mingle Cuddy’s romanticism on tracks like ‘I Will Wait for You’ and ‘I Think About You’ with Keelor’s reflective and sometimes philosophical observations on ‘When You Were Wild,’ ‘Deep Dark Well’ and ‘Symmetry of Starlight.’”

For those looking to jazz up their holiday, First Flight to Tokyo: The Lost 1961 Recordings features legendary bandleader and drummer Art Blakey and his group The Jazz Messengers on their inaugural tour of Japan 60 years ago. The November album release also features essays, photos from Japanese photographers at the time and more — making this a great last-minute gift for jazz lovers.

And for classical fans, Italian mezzo-soprano Cecilia Bartoli’s November release, titled Unreleased, sees the 55-year-old perform “dramatic concert arias all written in a period of 23 years” by composers Mozart, Beethoven, Haydn and Mysliveček. As for the music, it was originally recorded in 2013, though Bartoli only found time to record her vocals during the pandemic.

Finally, the Dutch King of Waltz André Rieu, 72, celebrates reuniting with his Johann Strauss Orchestra by spreading some of that joy to his listeners with his latest album, Happy Together.

“My orchestra is my big family, and I think you will feel our joy and energy of being able to make music again,” Rieu said in a statement. “I hope my new album will make you very, very happy!”

The Happy Together CD and DVD set feature tunes as varied as “You Are My Sunshine,” “When I’m Sixty Four,” “Can’t Help Falling in Love” and “La Bamba” as well as playful antics like “the brass section performing and eating schnitzel” and “the male voice choir arriv[ing] on stage in a gondola.”

Jim Cuddy Turns 65: The Troubadour Next Door Talks Musical Memories, Family and Some of His Favourite Local Haunts