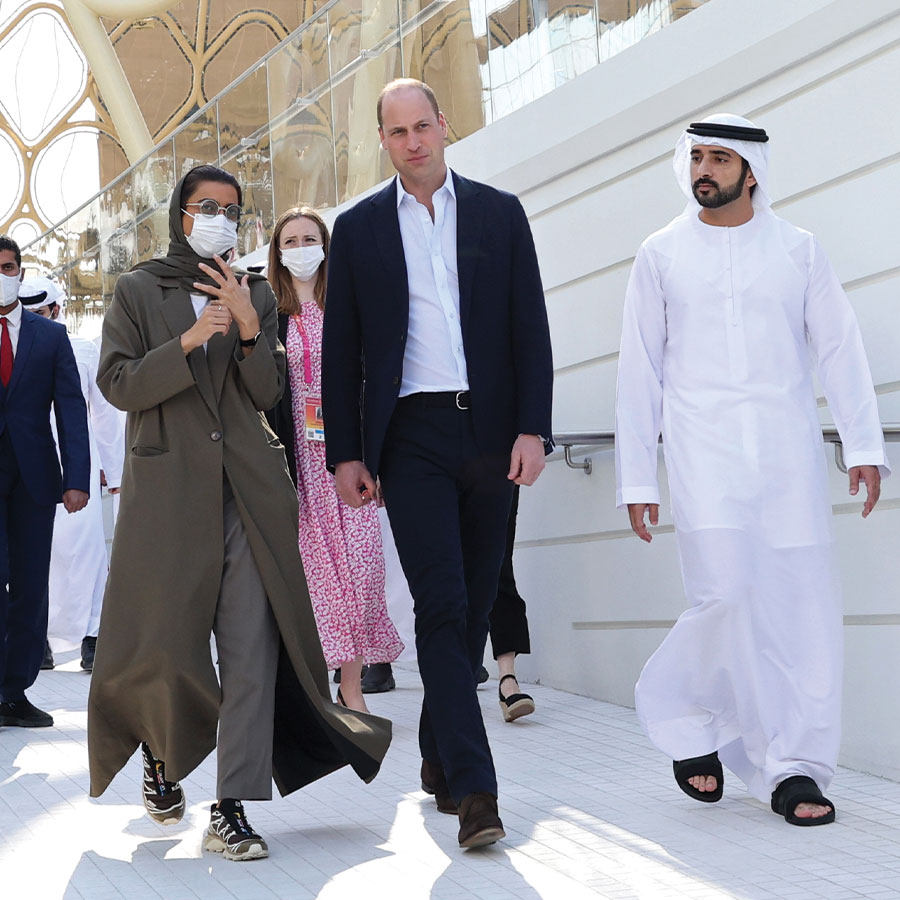 Prince William, second in line to the British throne, on Thursday visited the United Arab Emirates at a time when the former British protectorate has faced an unprecedented though mostly foiled string of missile and drone attacks.

Kensington Palace said it is the Duke of Cambridge’s first official visit to the UAE. Six of its emirates ceased being British protectorates 50 years ago and formed a federation. The seventh joined in 1972.

The visit, at the request of Britain‘s foreign office, comes as it seeks to deepen trade relations with wealthy Gulf Arab states as part of its post-Brexit strategy.

The Prince said on Twitter he was looking forward to using the trip to discuss achieving a more sustainable world.

The Abu Dhabi Mangrove Initiative was launched as William visited a mangrove reserve in the capital Abu Dhabi, aiming to make the emirate a research centre for the coastal plant.

The Duke of Cambridge will also visit the Expo 2020 world fair in Dubai and promote his Earthshot environmental award.

Britain condemned a Jan. 17 drone and missile strike that killed three civilians in the UAE capital Abu Dhabi and was claimed by Yemen’s Iran-aligned Houthis, who the UAE is fighting as part of a Saudi Arabia-led military coalition.

The UAE has said two other air attacks by the Houthis and a fourth claimed by another, shadowy group were intercepted without casualties.

Oil-rich UAE last year pledged to invest 10 billion pounds ($13.6 billion) in Britain and has said it wants a free trade pact with it.

But as Britain seeks to engage globally after Brexit, opposition lawmakers and campaigners have criticised the Conservative Prime Minister Boris Johnson’s government for prioritising business over human rights concerns.

A senior judge at the High Court in London ruled last year that Dubai’s ruler, Sheikh Mohammed bin Rashid al-Maktoum, had ordered the hacking of the phones of his ex-wife, Princess Haya of Jordan, and her lawyers, including a British lawmaker.

That followed an earlier ruling by the judge that Mohammed had carried out a campaign of threats and intimidation against Haya that made her fear for her life, and that he had also previously abducted and mistreated two of his daughters by another marriage.

While the British monarchy has few practical powers and is expected to be non-partisan, it gives Britain a degree of “soft” power in global, diplomatic relations.

Prince Charles, William‘s father and first in line to the throne, has visited the Gulf many times and developed strong links with the region.