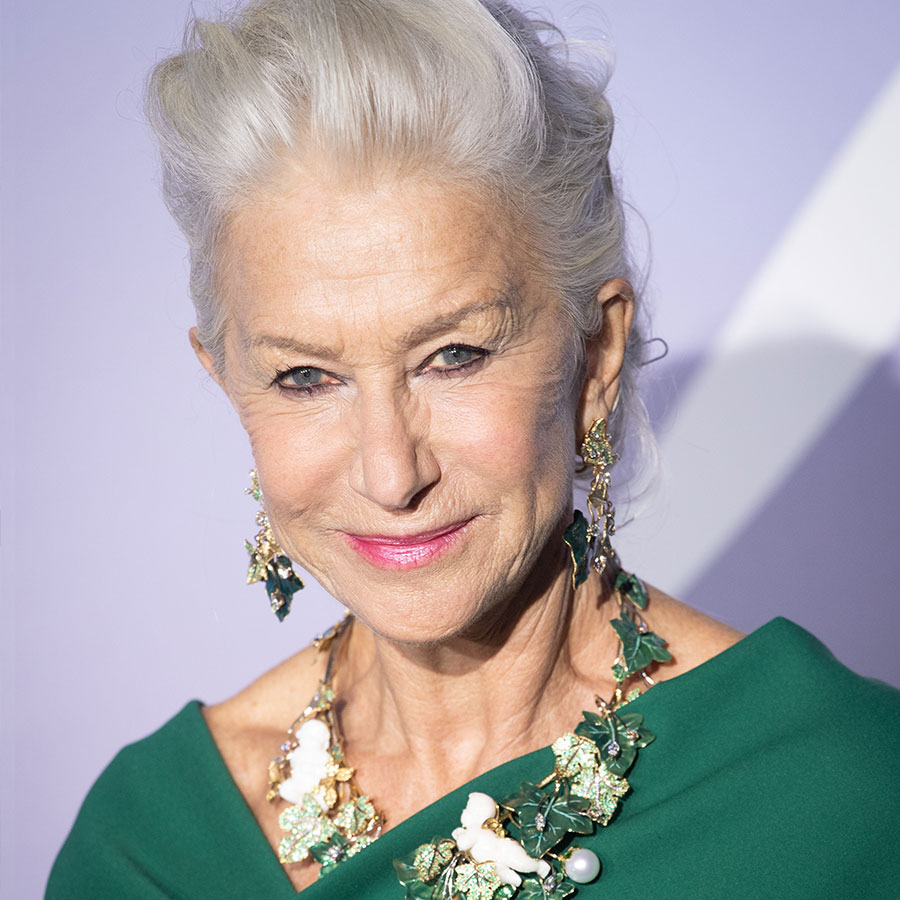 Helen Mirren, seen here in 2020 at the Monte-Carlo Gala for Planetary Health , told 'People' magazine that "We have other stuff, which is just as powerful as beauty and I would like to see us celebrate those things" in an interview in which she suggested renaming the beauty industry itself. Photo: SC Pool - Corbis/Corbis via Getty Images

Dame Helen Mirren is on the cover of People magazine’s “Beautiful Issue,” and the 76-year-old used the platform to call for a renaming of the beauty industry itself.

“I love the word ‘swagger’ because I think swagger means I’m confident in myself, I’m presenting myself to the world, I’m enjoying the world around me,” Mirren, who is also a spokesperson for L’Oréal Paris, said in the issue. “I think what is called the beauty industry should be called the swagger industry. We’re giving people swagger.”

Of course, we’ve loved Mirren’s swagger for years; the Oscar-winner is a three-time Zoomer cover subject — including the current issue of the magazine — and has made no secret of her dislike of the terms “beauty” and “anti-aging.”

She told Zoomer in 2019 that, when it comes to the term “anti-aging,” it’s important, in fact, to embrace aging and take care of yourself on the inside as well as the outside. “So find a way of living with it and making it work for you, making it a positive thing.” And when it comes to the idea of beauty, she said it’s “fighting a losing battle and inevitably creates dissatisfaction and insecurity” because “the vast majority of us are not beautiful.” However, she added, “to be fit, to be healthy, to take good care of your hair and skin, to do a great makeup that makes you feel good, that works for me. We just have to find a word for it.”

Mirren also put forth another specific word to People, “gobstruck.” As in, how she felt when she found out she’d grace the cover of the magazine’s Beautiful Issue. “I was absolutely sort of gobstruck, as we say in England. I never considered myself ‘beautiful.’ And [at] my age! So I was amazed.”

Mirren repeated her feelings about the term “beauty,” adding, “We have other stuff, which is just as powerful as beauty. And I would like to see us celebrate those things.”

As well, she tipped her hat to the benefits of aging, saying, “It happens. Other people call it growing older, but I call it growing up. And one of the advantages is that you literally get to be wiser. Life is a constant process of learning.”