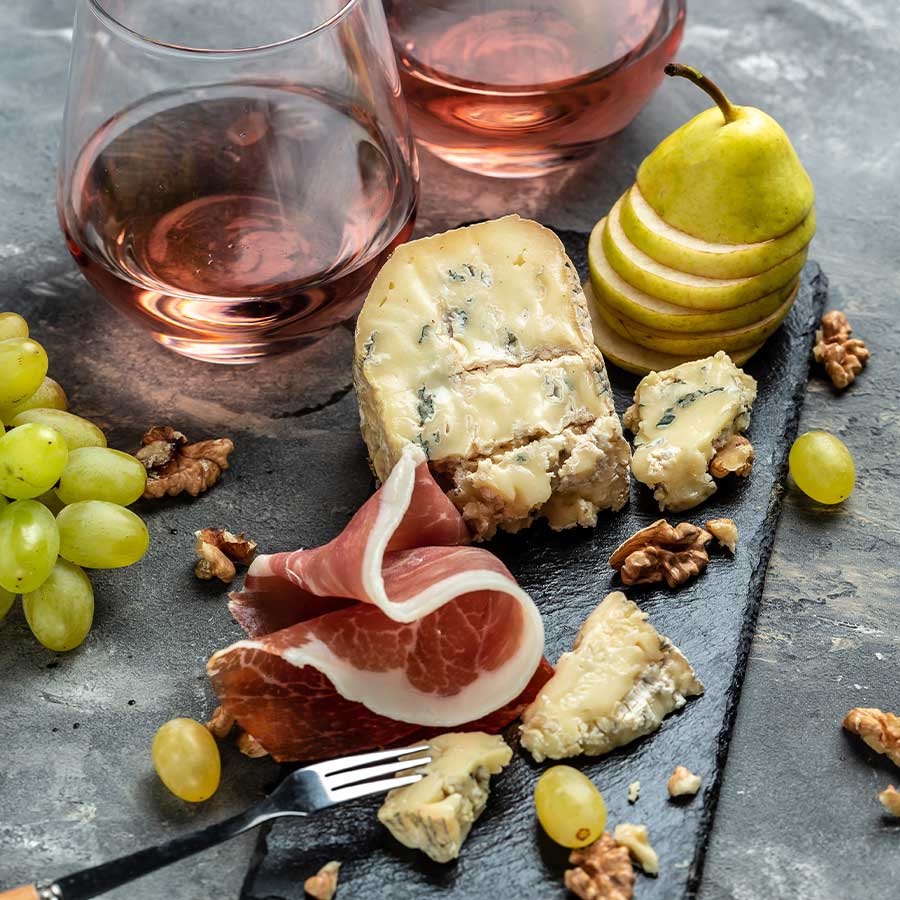 A pair of films highlighting royal history and a sketch comedy reboot are included in our picks for your Victoria Day long weekend wine, food and streaming binge. Photo: Koval Nadiya/Getty Images

Could Victoria Day really, truly be here? There was a point in the slushy, frigid, not-so-distant depths of February when Canada’s unofficial but unequivocal start of summer simply could not be visualized. And yet here we are, largely without masks, chatting with neighbours as we hang flower baskets on the front porch and organize balcony get-togethers to watch the sun melt into the horizon.

While the urge to be outside is strong, the couch retains a powerful allure as multiple streaming services, video-on-demand options and even free-to-borrow DVDs and streaming services offered at local libraries offer a dazzling mix of original and acquired content across all genres.

Given that May 24 is a long holiday weekend for many, there should be enough downtime to check out something great. And we have ideas! Of course, one’s viewing selection is only part of an excellent night in, with food and drink combining to create the ultimate triumvirate. Here, we suggest a buzzy recent release paired with something bubbly; a standout Canadian title paired with Canadian wine; and a classic film paired with a classic winery or varietal. And don’t worry — we didn’t forget the snack suggestions.

Film: The Madness of King George. New this month on streaming services, this tragicomic entry from 1994 doubtless would not be released under this title today (its source material notwithstanding). But it does tell an incredible true story while highlighting how especially awful mental illness was for sufferers living in eras like the 18th century — depicted here when it was undiagnosed and often “treated” in reprehensible ways.  The film’s leads — the late Nigel Hawthorne and Helen Mirren, 76 — were both widely fêted for their roles as the eponymous King George III and Queen Charlotte, the former struggling with the “madness” of the title (though possibly something physiological that caused symptoms similar to mental illness); the latter as his beleaguered wife, attempting to keep the kingdom humming as the Prince of Wales plots succession.

Indulgent and/or Wallet-Friendly: We recently suggested Dom Pérignon with a screening of Sofia Coppola’s Marie Antoinette because, though it’s pricey, champagne fans should experience its exquisite bubbles at least once. And it’s the kind of thing royalty would drink. The same holds true of the marvellous Moët & Chandon and, since we’re on the topic of royalty again, let’s do it. Whether it’s the Brut Imperial, Ice Imperial or Brut Rosé, Moët is always a sound choice.

Though not in the rarified price range of Dom Pérignon, Moët might still be too heavy a lift in these inflationary times, in which case Codorníu Clasico is a solid bet. Like most Spanish sparklers, this lovely dry Cava, which is widely available across Canada, punches above its weight and costs less than $20.

Snack Options: Not that you ever need an excuse to eat homemade macaroni and cheese, but it does present a solid contrasting pairing with Moët, the acidity of the wine balancing the richness of the cheese. Be sure to include something beyond workaday cheddar and mozzarella, such as Gruyere or Roquefort, for amped-up flavour.

Where to Watch: hoopla (a public library streaming service)

Series: The Kids in the Hall: Season 1. Back on small screens some 33 years after their 1989 debut, the brilliant, Toronto-reared sketch comedy troupe — comprising Dave Foley, 59, Bruce McCulloch and Kevin McDonald, both 61 this month and Mark McKinney and Scott Thompson, both 63 in June — returns with what’s promised as “a fresh batch of fun offbeat characters and beloved favourites, with sketches that pack a satirical punch, laced with the hilarious, edgy, and fearless comedy the Kids are famous for.” No kidding. Witness the trailer for the new series, which shows the cast poking fun at Amazon, the company producing their show, after the quintet has been exhumed from a grave! The new series marks a genuine resurgence for the group, who were recently spotlighted at the Hot Docs Festival by director Reg Harkema in his feature-length documentary Kids in the Hall: Comedy Punks, out soon. Toronto dwellers doubtless have also recently seen advertisements for the new show emblazoned on passing streetcars, which are hard to miss.

Indulgent and/or Wallet-Friendly: Sauvignon Blanc, which is a perfect complement to the food pick below. The grassy, gooseberry notes of Sauvignon Blanc are a lovely balance to lemongrass and chili flavours liberally used in Thai cooking. The Niagara-grown 2020 vintage of this varietal is especially good. Explore fearlessly.

Snack Options: Pad Thai, as a salute to the signature dish of Toronto’s long-standing Queen West restaurant and performance space The Rivoli, which hosted Kids in the Hall in their nascent days. Some lucky folks (like yours truly) enjoyed them there, witnessing the development of one of the country’s sharpest and most inimitable comedy teams first-hand.

Where to watch: Prime Video

Film: The Young Victoria. Perhaps an obvious pick for a holiday celebrating the birth of the famed British monarch. But the 2009 film by Canadian director Jean-Marc Vallée — who died last December at just 58 — has much to recommend it beyond its starry cast of Emily Blunt and Paul Bettany. For starters, it’s a reminder that Queen Victoria, typically portrayed as fusty, older and bedecked in funereal black, was once the vibrant woman of the title with all the challenges youth entails — especially when someone plops a crown on your head a month after your 18th birthday, making you the sole power-wielding female at the top of the ruling chain.

Like all women of that era, Victoria was subject to a grinding, incessant, systemic patriarchy that only regarded her as an intellectual being — often begrudgingly at that — because of her immense status and wealth. She had the last laugh of course, serving upwards of 60 years on the throne, a feat long surpassed by her great-great-granddaughter Elizabeth II. But the film shows her struggle to find her place and her voice within the strictures of the times.

Coincidentally, as author Laura Thompson pithily points out in her superb, just-released non-fiction, Heiresses: The Lives Of The Million Dollar Babies, rich women have a long, sad history of being pawns to ruthless men who, in the 18th century for instance, would literally kidnap and clandestinely and/or forcibly marry teenage heiresses (see Gretna Green) against parental wishes to steal their money. As Thompson notes, the Victorian era or “Gilded Age” saw titled but penniless European aristocrats hunting American heiresses like game. Yet, once betrothed — often miserably, not to mention marooned far away from family — these women had little recourse since to divorce was to invite widespread societal disrepute (for divorcées only, of course). Luckily, as The Young Victoria makes clear, the queen herself found a love match — albeit with her first cousin, which scans less icky here than one might presume.

Book nerds interested in the Victorian era might also want to explore author Lucinda Hawksley’s highly readable The Mystery of Princess Louise: Queen Victoria’s Rebellious Daughter, which follows Victoria and Albert’s sixth child (they had nine total *gasping with exhaustion just writing about it*) who was a famed artist and all-round spitfire and who eventually made her way to Canada following her husband’s appointment as Governor General.

Indulgent and/or Wallet-Friendly: Britain isn’t much of a wine producer, but it is close to France where delicious Chenin Blanc is grown. Among this grape’s many attributes is its versatility: it can have vibrant fruit flavours like pear and lemon or subtler notes like chamomile and quince. South African Chenin Blanc is also excellent with notably bolder flavours.

Snack Options: Salad, with fresh, bright Chenin Blanc playing a nice supporting role. We’ve been on an arugula kick lately, adding sliced pears, toasted walnuts, and shaved Parmesan to an EVOO and red wine vinegar–slicked mound of the peppery leaves — a tip of the hat to Toronto’s Pizza Libretto. See also warmed oyster mushrooms atop arugula in Funghi Assoluti, which is a bit more complex but wickedly delicious (and a tip of the hat to Terroni, which has perfected this recipe). And if you’re still seeking recommended-reading material, consider David Kamp’s The United States of Arugula: How We Became a Gourmet Nation, which scrutinizes the evolution of western eating habits, for better or worse. And yeah, we see the irony of the reco.

Where to watch: Netflix