‘Good Luck to You, Leo Grande,’ Starring Emma Thompson, 63, Offers a Moving Exploration of Intimacy for Women in Middle Age and Beyond 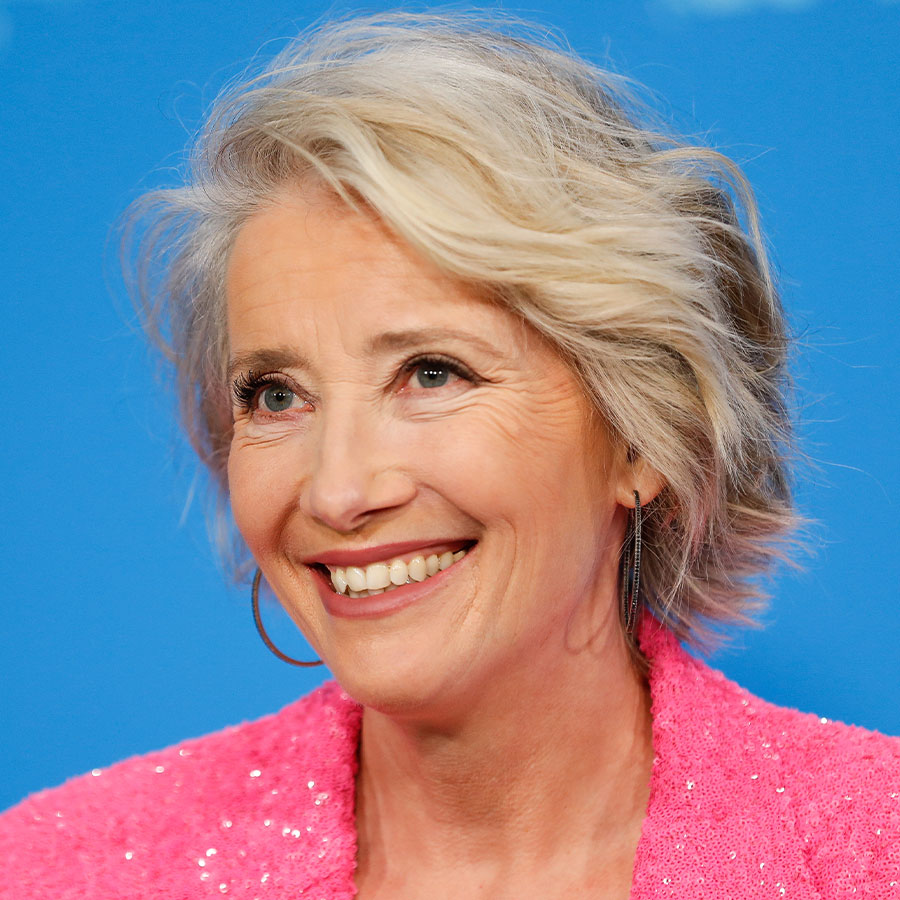 Actress Emma Thompson at the photocall for the film 'Good Luck to You, Leo Grande', a film that generated plenty of buzz ahead of its release for the 63-year-old's nude scene at its conclusion. Photo: Gerald Matzka/picture alliance via Getty Images

The early chatter about Good Luck to You, Leo Grande — the new Hulu original film streaming on Prime Video in Canada — was all about 63-year-old Emma Thompson doing a nude scene. That scene does come, at the end, an exposure so well-earned emotionally by her character that it is a celebration. You don’t dwell on any sag or bulge, you just see the woman. A remarkable feat, really — in the mirror is a woman suddenly free from decades of bodily insecurity, self-negation and shame, not to mention a lifetime of sexual dissatisfaction. It is awe-inspiring, and not the teensiest bit uncomfortable, considering the arc of discovery for this character, Nancy, so deftly portrayed by Thompson.

This small movie, alternatively claustrophobic and expansive with a stage-like production set across four meetings in a hotel room, is a two-hander: Nancy, a 62-year-old retired schoolteacher who specialized in religious studies and a rigid mindset having been determinedly “good” all her life; and Leo (played by Daryl McCormack), a 28-year-old sex worker with a very open mind and a gift for connecting with a range of clients. There is a single scene involving a third character, a waitress in the hotel restaurant who sparks the (story) climax of the movie. Nancy’s actual climax — her first, ever — takes place shortly thereafter.

The script — taut, spare, sharp, moving, surprising — was written by Katy Brand, who seduced Thompson into the part with only her written words that address a very much under-discussed issue: female sexuality in middle age and beyond.

As Thompson wrote in an essay about the role in Vogue recently: “Does anyone know or care if middle-aged women are getting any sexual satisfaction or pleasure?” She then cites the Cosmo coverlines about orgasms she remembers from her youth: “How to achieve them in bigger, better ways. The focus on the achievement — as though we were less than wholly alive if we weren’t constantly emerging pinkly breathless from our latest appointment with ecstasy — was frankly a little bullying.”

But this movie isn’t really about sex, as much as it is about intimacy. And to get to intimacy, there has to be a lot of talking and exploring of boundaries. The plot begins following the death of Nancy’s husband, when she hires Leo to help her experience a different side of sex. She describes a spouse she loved, but whose approach to sex left her feeling very much meh. He would, in the character’s words, “do his business” atop her and roll over. Nancy has vowed never to fake an orgasm again, and admits she has never had a real one.

Over the course of the four meetings, between awkward small talk, cultural misunderstandings and incremental progress towards her goals, Nancy tells Leo about the one time she felt passion, as a young woman on holiday with her family. It was a fleeting encounter, some quick groping in a car park, but that long-lost yearning was still emblazoned on her brain. So she worked up the courage to hire a man to explore that longing.

Of course there is much more, emotionally, to work through than just copulatory mechanics. It is as if Nancy imagined some sort of Erica Jong zipless f***, but came face-to-face with a real human attached to the functional part of that exchange.

Again, in Thompson’s own words, “it’s an adventure in several kinds of intimacy. An exploration of pleasure and shame, and a portrait of sex work as one of the caring professions.” See, Nancy came into the arrangement with all kinds of pre-conceived notions about sex work and sex workers. (She did teach religious education, after all, and told Leo each year she had asked the students the same question about the morality of sex work.) She therefore assumed Leo would, of necessity, be demeaned by it, and the corollary of that: that he would be disgusted by her. That he is neither demeaned nor disgusted is a revelation to her.

Handing the mic back to Thompson in Vogue again, because she’s the expert here: “Leo listens — he respects pleasure. He understands it takes many forms and none is anathema to him.”

Indeed, he describes his clientele: a woman in her 80s; a woman in a wheelchair who wants to be bathed and held in the bath; a man who wants him to dress up as a cat. He describes them with respect and he characterizes his own feelings as being satisfied to help them. “He understands that he can make people feel better, he can improve their lives, and sometimes he can even release them from suffering. He teaches Nancy, in short, about the possible sanctity of sex work.”

A couple of deft plot twists ensue, which we won’t spoil here, but as above, the ending feels satisfying. Everyone takes away something, most especially the audience.

Thompson has said that she and McCormack and the film’s director, Sophie Hyde, all got naked together in the rehearsal period to learn to make this film with more comfort. It helped, she said, that it was filmed during the pandemic, which necessarily restricted the size of the production crew.

Thompson noted in Vogue that, “Before making Good Luck to You, Leo Grande, I had no idea how much I would learn about my attitude to my own body, to pleasure and to shame — how much I would laugh about the genuine silliness of so many of our responses to sexual pleasure, and how much I would cry about what is lost in life when it is repressed, ignored and punished.”

Thus, taking off her clothes is a liberation not just of Nancy, and of Thompson, but of all our expectations about what is and is not beautiful, both inside and out.

Good Luck to You, Leo Grande is streaming now on Amazon Prime.