Father of the Bride: Why Meghan Markle’s Dad Isn’t Attending the Wedding 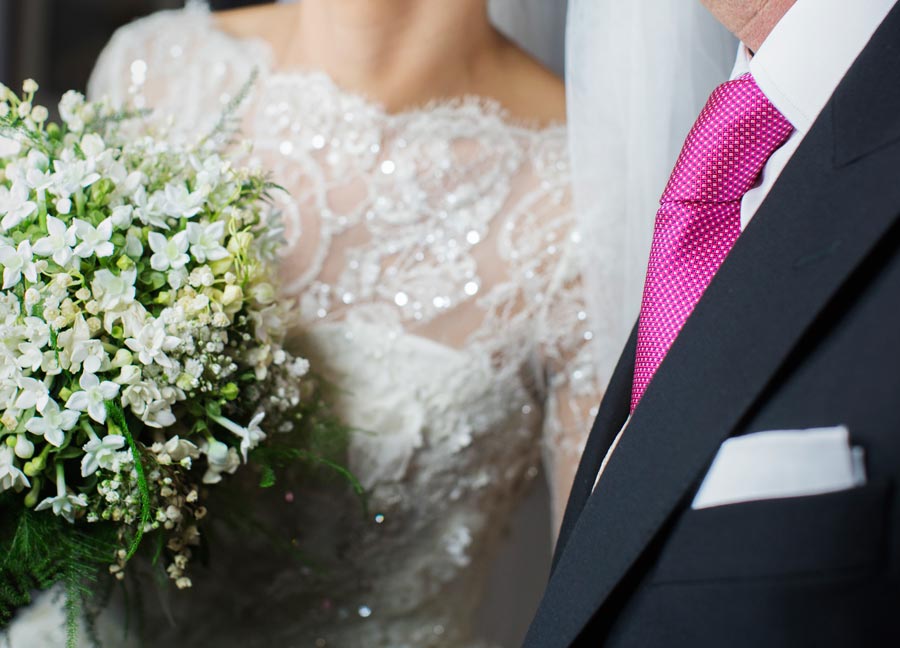 It’s official: Thomas Markle will not be making the trip across the pond to walk his daughter Meghan down the aisle as she marries Prince Harry. According to reports Mr. Markle suffered a heart attack last week, the latest is that he will undergo heart surgery and therefore, can’t fly. This must be a blow to Meghan, but she will and has, a lot of support coming from her dear mom and of course, the soon-to-be in-laws.

Anyone can relate to such a sad turn of events. Indeed, if anything makes us adore Meghan even more, it’s her mixed-up, foolish Markle family.

It’s a regular thing for brides to be embarrassed by family members, especially when divorce and half-siblings are in the picture. The exception of course, is a royal wedding, which is as tightly controlled as a moon shot.

That’s why the chaos Meghan’s relatives are bringing to the royal wedding only makes her more endearing.

It’s her father, Thomas, a 73-year-old overweight retired American TV lighting director living in Mexico, who has managed, against all odds, and apparently to his own horror, to inadvertently snatch the spotlight from the bride and groom only days before the wedding that’s got royal watchers totally transfixed.

And speaking of odds, when Mr. Markle said he wasn’t coming to the wedding and wouldn’t be walking his daughter down the aisle, Ladbroke’s was giving 4/6 odds that Meghan’s mother, Doria Ragland, would take his place.

The preying tabloids were admonished for their glee by a Kensington Palace spokesman: “This is a deeply personal moment for Ms. Markle in the days before her wedding. She and Prince Harry ask again for understanding and respect to be extended to Mr. Markle in this difficult situation.”

Because it’s not really dad who’s to blame. By all accounts, he’s a decent man who’s in way over his head and nervous, even shy, about his role as father of the newly royal bride and the prospect of celebrating with the Queen and the princes.

Thomas pulled out of the wedding earlier this week after being admonished for posing and being paid for staged pre-wedding pictures — reading a book about Britain, getting fitted for a wedding suit by a fake tailor— for paparazzi who harassed him.

A friend of his told The Daily Record, a Scottish newspaper, “Tom now feels like a complete fool. He’s telling friends he feels scammed by those who did the pictures but more worryingly he now has to face the Queen and the rest of the Royal Family.

“Tom was worried about the trip over to the UK as it was. He does not like to be the centre of attention but now all eyes will be on him even more given what has now emerged.

“He’ll hate the fact that people think he has betrayed them. He was on the verge of not going before but now he’ll be petrified of having to face the music.”

Reportedly, it was dad’s daughter from his first marriage, Samantha, who encouraged him to sell out Meghan for the money. Thomas was probably naive enough about royal etiquette to realize that just wasn’t on.

It’s also Samantha, one of Meghan’s two half-siblings, who reported this week that her father had a heart attack last week. Nobody knows for sure if that’s true or how serious it was.

It was Samantha, by the way, who called Meghan the “Princess Pushy.”

The nasty half-sister sure is making the drama seem more and more like Cinderella.

Now there’s a whole tangle of Markles — mostly estranged from Meghan, none of them invited to the wedding, who are exploiting her ascension to royalty to increase their own fame and fortune.

Even the staid London Observer tsk-tsked about the American Markles: “Meghan Markle’s Attention-Seeking Family Will Be Crashing Her Wedding.”

A few of them landed at Heathrow this week. Tracy Dooley, the divorced wife of Meghan’s half-brother, arrived with her two grown sons, both in baseball caps and one wearing a muscle shirt. The boys are cannabis farmers and plan to introduce a new product, Markle Sparkle, in honour of their royal aunt.

The trio, meanwhile, will be working the wedding as “special correspondents” for Good Morning Britain on ITV. Tracy hasn’t seen Meghan in 20 years, but hey, what’s a couple of decades between one no-class woman and her classy half-sister who’s marrying a prince?

Speaking of her brother, Thomas Markle Jr., apart from his well-documented run-ins with the law, which involved alcohol and domestic abuse, he has penned several open letters to the couple. In one, stating that Prince Harry should not marry his sister because she was vain, shallow and selfish, and that marrying her would be the biggest mistake in royal wedding history. He then suggested that he still warranted an invitation.

The Brits, of course, are all about class and there couldn’t be more contrast than between the American Markles/Dooleys and the royal Windsors who are atop the realm, beyond being classified.

But if anybody’s there to save the day for Meghan’s side, it’s her mother, a 62-year-old social worker and yoga instructor who raised Meghan from the age of six as a single mother. It’s likely she’s responsible — through both nature and nurture — for her daughter’s grace and poise.

Let’s hope, when the big day arrives this weekend, that Thomas comfortably watches his daughter do him proud from a pew and Doria has the honour of accompanying her to the altar.

That may not be how it’s been done at prior royal weddings, but it won’t be the last change Meghan brings to how the royals do things.