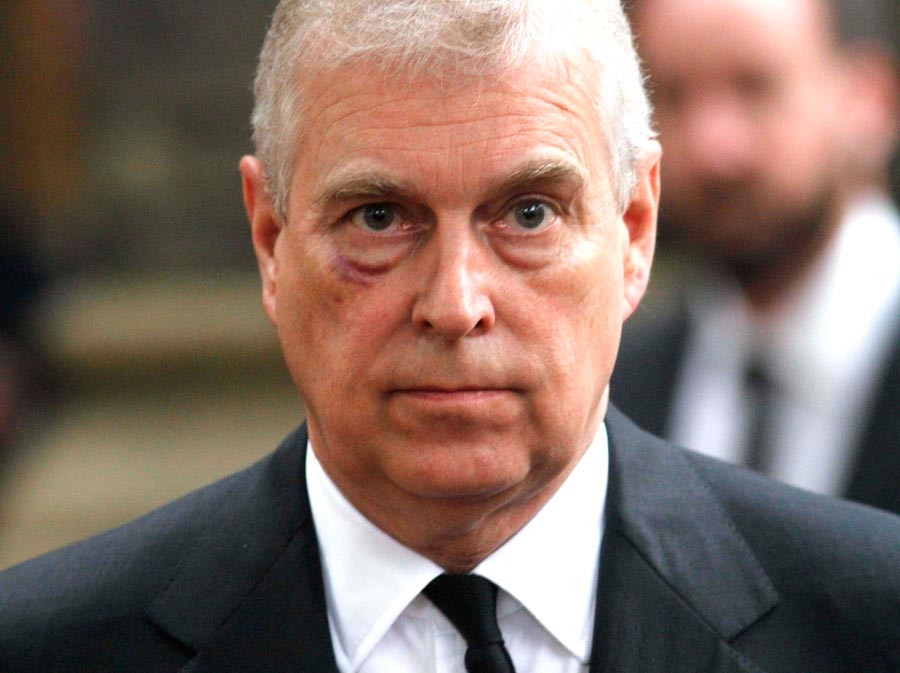 The House of Windsor has been at warp speed. In the 10 days since his ill-fated BBC interview, Prince Andrew has been stripped of his official duties, his patronages and his office space at Buckingham Palace. His Canadian connections — his alma mater Lakefield College, Sick Kids, the Canadian Canoe Museum — have all cut bait. Even his gala 60th birthday party next February has been put on ice.

Although the Queen showed subtle personal support for her son by going horseback riding with him (knowing they would be photographed together) days after he was relieved of his royal roles, the choice was clear. And it appears as if both Prince Charles and Prince William were the Queen’s chief advisers in taking the drastic actions. Swift action was required to protect the monarchy — not just to staunch the torrent of coverage that has knocked even the imminent Brexit election off the front pages but because the BBC is set to air a second no-doubt bombshell interview, on Dec. 2, with Andrew’s accuser, Virginia Roberts Giuffre.

It has become clear that Andrew is not just a liability. He is a man out of time and place. As the second son, his lot in life was predetermined. It must have been head-spinning for him: back in the day, he was a dashing young prince and war hero. His 1986 wedding was centre stage, and the crowds roared as he waved from an open carriage. But sadly, the writing has always been on the wall: his fate, unlike his older brother, was one of diminishing returns in terms of public role. Having moved from No. 2 down to eighth in the line of succession as babies arrived over the generations, this forced public retirement means the York household will defacto be sidelined. Instead, the attention is being refocused on Charles and William, with Harry’s family in close orbit.

Andrew, it seems, was not raised to accept this easily. He and younger brother, Edward, were the second wave of the Queen’s family, following a 10-year gap. In the fashion of the British elite of the time, that meant Charles and Anne were long off to boarding school when Andrew was growing up. But Charles was raised for duty, with a purpose set out before him. Anne, as a female, was freer to pursue her own career on horseback (though she is known today as the hardest working royal, undertaking the most engagements in her mother’s name each year). Edward appears to have settled into a happy marriage and has never sought the spotlight.

Andrew became trapped in an anachronism. He was raised within a historic fishbowl, bound by arcane traditions, with a lot of fancy dress-up costumes and choreography. There were servants always around, as he said in the BBC interview. This point requires some pause: it means, somewhat awfully, that Andrew was so used to nameless, faceless people he didn’t (or possibly wasn’t supposed to) acknowledge that it was thus his claim that he didn’t take notice of the endless stream of young girls around when he spent time with convicted pedophile tycoon Jeffrey Epstein.

He is saying, basically, via some warped logic, that he was raised in such privilege that regular people are wallpaper to him. And that, by extension, is why he failed to express any empathy for the suffering of Epstein’s victims until after the fact, after it was repeatedly pointed out to him. And he failed to recall having met Giuffre, his accuser, in spite of the infamous photo of him with his hand around her waist. In one of the richer ironies of the past week, Prince William was seen at Buckingham Palace, pinning the Royal Victorian Order honour onto his housekeeper, Antonella Fresolone. One bets he knew her name and likely nominated her for her six years of service in his Kensington Palace home.

Now, at this point, Andrew has not lost his title Duke of York nor his HRH designation. This is a point of some heated discussion in the British press because, of course, Diana, Princess of Wales, had her HRH status — and its protections, which had practical repercussions in terms of her security detail — taken away upon her divorce from Charles. As a blood Windsor, this is considered unlikely to happen to Andrew, but as the past week has shown never say never: he may face FBI questioning about his Epstein associations. And then there is that Giuffre interview ahead, which may inflame public opinion to the point a further response may be needed.

The HRH distinction is also ironic because it was Diana who brought a new vision of childrearing into the Royal Family. Her modern views, wherein she tried to bring as much normalcy as possible into the lives of William and Harry, were intended to balance out the weight that William, especially, would have to carry. It was her inspired opinion that dropping her children at school every morning, like a normal mom does with normal kids, and treating them to McDonald’s every now and again, was her way of making sure that her sons met real people — and in a figurative sense, saw the servants as individual people. William and Harry were raised by a woman who touched AIDS patients, who cried and flirted and laughed and worked out in a gym. One can’t help but wonder how revolutionary that would be in palace life. And it has certainly been a lesson that her adoring sons have absorbed well and apply to the raising of their own families, in their own manner.

Andrew somehow ended up uniquely unprepared for his actual life. And even as the monarchy was evolving around him, what was he doing? Well, the problem was, see, that he didn’t have the cash on hand to keep up his desired lifestyle. Unlike his siblings, who seem content to make use of the many family palaces for their preferred posh outdoorsy sports, Andrew developed some rich (and dodgy) tastes for travel and cars and wristwatches and Verbier ski lodges. And that required that he cosy up to some rich (and dodgy) benefactors.

Andrew offered them reflected royal glory, a trophy prince to jazz up their guest lists. And in return, they offered him “business opportunities” and a bonus £3 million above asking on the sale of his Sunninghill estate and the use of their private planes and helicopters and mansions and sunny estates.

In addition to Epstein and a bunch of Eastern European oligarchs, it emerged this week that the Duke and Duchess of York stayed with Canadian fashion tycoon Peter Nygaard, circa 2000, back when they were still married. Nygaard, who got out of his own hot water by paying a settlement to three female employees who had accused him of sexual harassment, owns a large estate on Lyford Cay, Bahamas. Billed by the Daily Mail as “the Hugh Hefner of Canada,” the Finnish-born designer, whose fashion empire is based in Winnipeg, is also in hot water with the Bahamas government for his efforts to dredge the sea floor around his estate; the rock formations on the site were reputedly constructed to resemble Finnish fiords. The quirky villa in which the Yorks were hosted features themed cabanas, a casino, a helipad and a dining room situated over a glass-roofed shark tank. Yet another dodgy connection adds to the pile of evidence the Duke has rather poor judgment about his companions, which notably feature oligarchs and oligarch offspring whose ready cash flow helped fund the Yorks’ lavish travels and lifestyle.

It is not just Andrew whose future will be different. His daughters, Princesses Beatrice and Eugenie, already live in a royal netherworld. They are the only blood HRH princesses of their generation (the titles reportedly at their father’s insistence; these perquisites matter much to Andrew); they don’t have royal duties or income; they don’t security;  all things their father has lobbied for on their behalf. They also don’t have the glam factor of a Kate or a Meghan that captures the public imagination.

In the royal pecking order, Beatrice and Eugenie curtsey to Kate and Meghan if the wives are with their (higher ranked) Prince husbands. But if Kate and Meghan meet the York sisters alone, the in-laws  have to bow to the Princesses. Then there is the pressing fact that Andrew’s foibles come at an awkward moment for Beatrice’s nuptials, planned for next year. Unlike her younger sister, who enjoyed all the frills of a Windsor castle wedding and carriage promenade, it now looks like discussions for Beatrice’s wedding (to a divorced man with a small son) are leaning toward a move to a private event, possibly on the continent.

And in the longer term, the example set at the 2012 Diamond Jubilee celebration for the Queen — where Charles insisted the balcony feature a “slimmed-down” appearance featuring only the Queen, (Prince Philip was unwell at the time), himself, Camilla, William, Kate and Harry — looks like a trend that will continue. Andrew’s nose was out of joint, apparently at the time. But he has, unwittingly, now helped his brother accomplish this goal.

Andrew does not yet face exile, the way his uncle, the Duke of Windsor did upon his abdication in 1936. Yes, Edward VIII and Mrs. Simpson were shipped off to a grand estate, nestled in the Bois de Boulogne in Paris, surrounded with priceless antiques and couture. But what they wanted most — respectability — was denied them. So they made do with exactly the sorts of rich and bored “international” flotsam and jetsam, the people to whom Andrew has ironically long been drawn to. But even if Andrew miraculously has an epic reckoning, a public rehabilitation is not likely in the cards for him. His future is no longer up for him to decide. Andrew skipped the lesson of his uncle, and he didn’t know what he had until it was gone. The monarchy has acted, weeding out the grown problem child, to ensure its own survival.