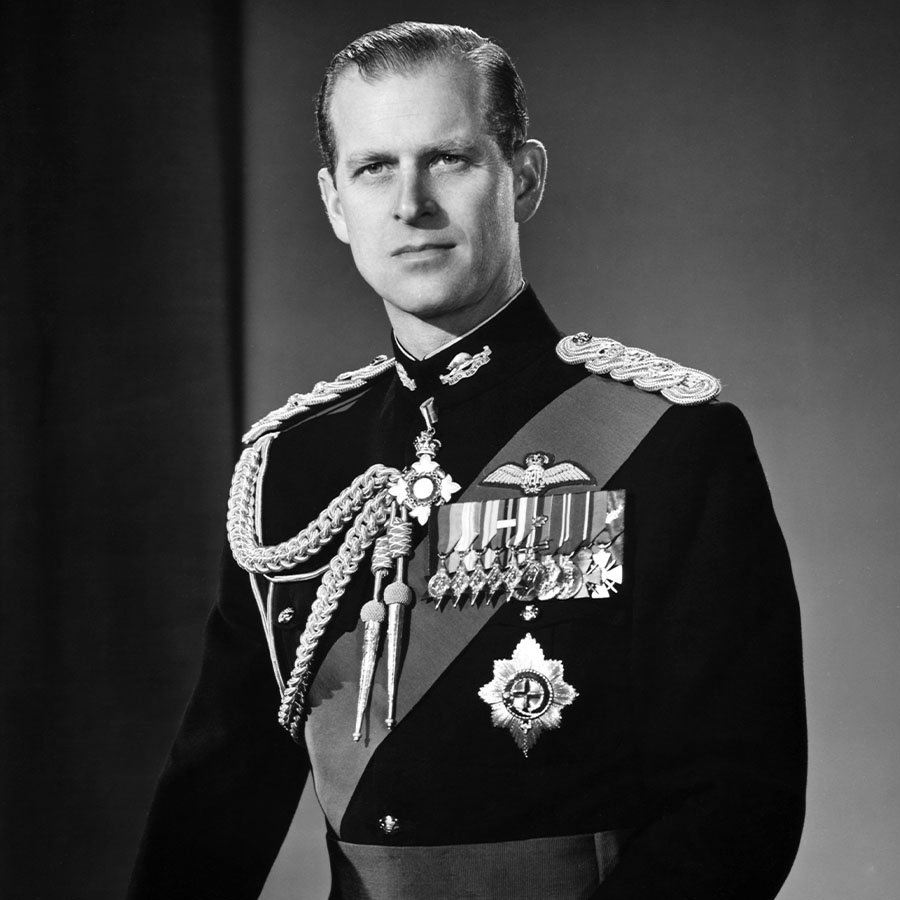 Tributes for Prince Philip, who passed away at the age of 99 Friday morning, continue to pour in from world leaders, organizations and military bodies. Photo: Donald McKague/Michael Ochs Archives/Getty Images

With no social media accounts to post a tribute to Prince Philip, the Duke and Duchess of Sussex have transformed the website for their charitable organization Archwell into a memorial page for Harry’s grandfather.

A visit to the page reveals only a grey screen and a simple message that reads “In loving memory of His Royal Highness, The Duke of Edinburgh. Thank you for your service … you will be greatly missed.”

The Palace confirmed the duke’s death early Friday, saying he had “passed away peacefully this morning at Windsor Castle.”

Other members of the Royal Family have followed the lead of the Queen with a very brief expression of their sorrow and promises of more information on the funeral services to come. As the consort of the Queen, Prince Philip is entitled to a state funeral, but the Duke of Edinburgh will not be given one in accordance with his wishes.

According to The New York Times, the duke will lie at Windsor Castle until his funeral in St George’s Chapel. Due to the pandemic, the public have been “regretfully requested” not to attend.

Large crowds have formed outside Buckingham Palace to place bouquets of flowers and messages of condolence at the gates, despite urges from the government to follow current gathering limits in place to stop the spread of COVID-19.

The Royal Family had originally placed a framed notice announcing the duke’s death on the front gates of the Palace, but have since removed it to discourage mourners from congregating. Instead, they’ve asked the public to consider making a donation to a charity and have set up an online book of condolences, where people are encouraged to leave messages, a selection of which will be given to the Royal Family.

Despite this, stewards were forced to organize crowds at Buckingham Palace into an orderly queuing system and mounted police were dispatched to enforce social-distancing guidelines.

Included in the outpouring of support were tributes from leaders all around the world, with British Prime Minister Boris Johnson setting the tone after the news broke.

Speaking outside 10 Downing Street, he spoke of the crucial role Prince Philip played in the Royal Family.

“Like the expert carriage driver he was, he helped to steer the Royal Family and the monarchy so that it remains an institution indisputably vital to the balance and happiness of our national life,” Johnson said.

Johnson also touched on the duke’s bravery during the Second World War and the resulting “ethic of service he applied throughout the unprecedented changes of the post-war era.”

Johnson also commended the duke for his progressiveness, calling him “a champion of the natural world long before it was fashionable,” adding that he had “inspired the lives of countless young people” with his Duke of Edinburgh Awards, a youth awards program founded by Prince Philip in 1956.

The organization, which has expanded form the U.K. to another 144 nations since it was founded, also honoured Prince Philip on its website with a video tribute commending his vision for the program.

“His Royal Highness leaves the world and its young people with an extraordinary legacy,” read the message of condolence.

The British prime minister also praised Prince Philip for his “steadfast support of Her Majesty The Queen.”

“Not just as her consort, by her side every day of her reign, but as her husband, her ‘strength and stay,’ of more than 70 years.”

“And it is to Her Majesty, and her family, that our nation’s thoughts must turn today, because they have lost not just a much-loved and highly respected public figure, but a devoted husband and a proud and loving father, grandfather and, in recent years, great-grandfather.”

In a tribute posted to Twitter, Prime Minister Justin Trudeau called Philip “a man of great purpose and conviction, who was motivated by a a sense of duty to others,” adding, “he contributed so much to the social fabric of our country — and the world.

“Prince Philip will be remembered as a decorated naval officer, a dedicated philanthropist, and a constant in the life of Queen Elizabeth II. The thoughts of all Canadians are with her and the entire Royal Family as they mourn this significant loss.”

Outlining his contributions to Canada in a separate statement, Trudeau singled out the prince’s Duke of Edinburgh’s Award, which he says “helped empower millions of young people from all backgrounds to realize their greatest potential and is but one example of his contributions to the social fabric of this country.”

Former U.S. President Barack Obama and former First Lady Michelle Obama also paid tribute, posting their condolences along with a photo of the pair with Prince Philip and the Queen during a 2016 visit to Windsor Castle.

Former U.S. President George Bush also offered his condolences in a statement speaking to the Duke’s signature charm and wit.

“Laura and I are fortunate to have enjoyed the charm and wit of his company, and we know how much he will be missed.”

Meanwhile, Australian Prime Minister Scott Morrison added to the chorus of tributes in a statement that said Philip “embodied a generation that we will never see again.”

“Australians send our love and deepest condolences to Her Majesty and all the Royal Family,” he added.

Speaking to his strong connection to military service, both during the war and throughout his life, the Ministry of Defence and the British Army honoured Prince Philip, complete with photos of the duke clad in his military uniform.

Other royal houses also extended their condolences to Her Majesty and the Royal Family.

In a statement posted to Twitter, the Royal House of the Netherlands complimented his dedication to the British people, adding that his “lively personality never ceased to leave an unforgettable impression.”