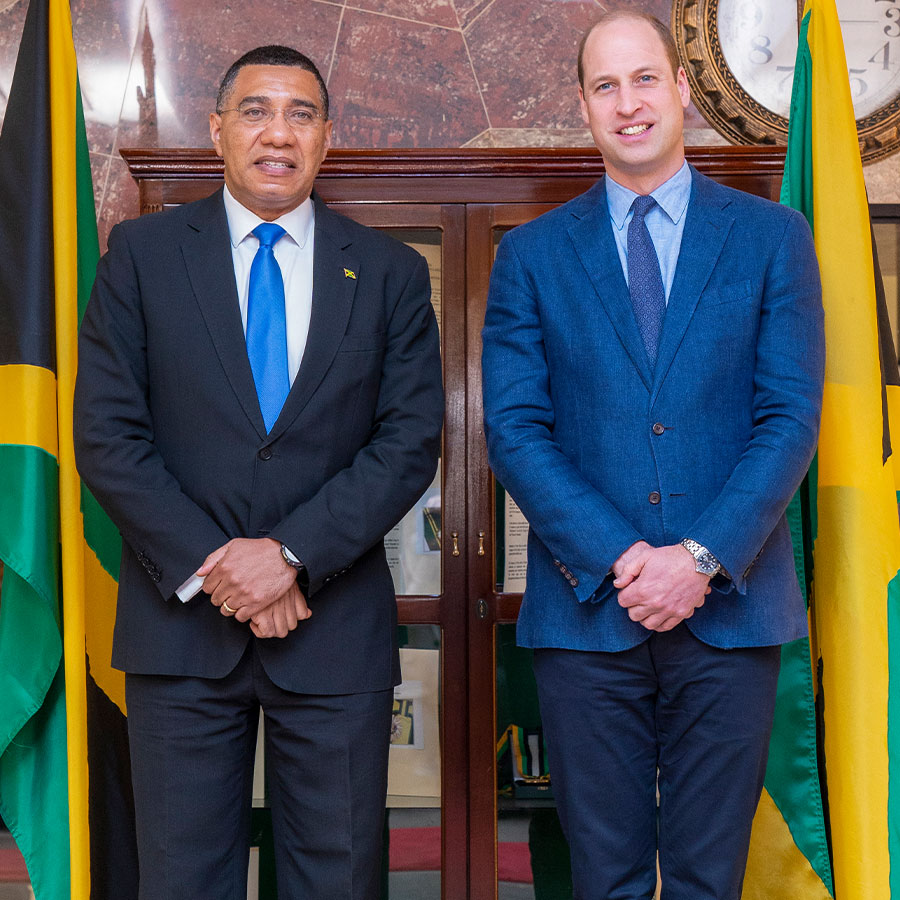 Jamaican Prime Minister Andrew Holness told Britain’s Prince William and his wife Kate on Wednesday his country wants to be “independent” and address “unresolved” issues, a day after protesters called on the United Kingdom to pay reparations for slavery.

The royal couple arrived in Jamaica on Tuesday as part of a week-long tour of former British Caribbean colonies, but have faced public questioning of the British Empire’s legacy.

In a speech later on Wednesday, Prince William did not address calls to remove his grandmother, Queen Elizabeth, as head of state.

The royal couple’s trip comes after Barbados became a republic nearly four months ago by removing the queen as the sovereign head of state, a move Jamaica has begun to study.

“There are issues here which as you would know are unresolved,” Holness said during a photo shoot with William and Kate.

“But Jamaica is as you would see a country that is very proud … and we’re moving on. And we intend… to fulfill our true ambition of being an independent, fully developed and prosperous country.”

Dozens of people gathered on Tuesday outside the British High Commission in Kingston, singing traditional Rastafarian songs and holding banners with the phrase “seh yuh sorry” — a local patois phrase that urged Britain to apologize.

In a speech at the governor general’s residence attended by Holness and other dignitaries, William also stopped short of apologizing for slavery, though he did say he agreed with his father’s declaration that “the appalling atrocity of slavery forever stains our history.”

William, second-in-line to the British throne, also expressed his “profound sorrow” for the institution of slavery, which he said should never have existed.

Jamaican officials have previously said the government is studying the process of reforming the constitution to become a republic. Experts say the process could take years and would require a referendum.

Jamaica’s government said last year it will ask Britain for compensation for forcibly transporting an estimated 600,000 Africans to work on sugarcane and banana plantations that created fortunes for British slave holders.

(Reporting by Kate Chappell in Kingston and Brian Ellsworth in Miami; Editing by Bill Berkrot and Muralikumar Anantharaman)