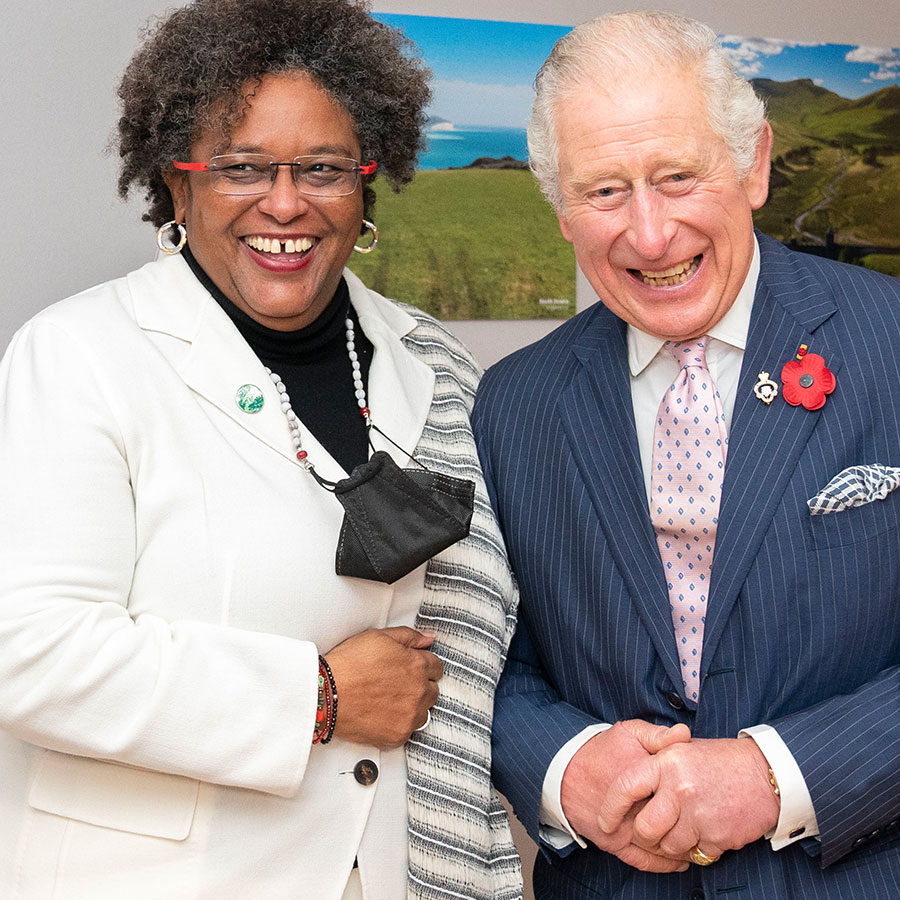 Prince Charles, pictured here with Prime Minister of Barbados Mia Amor Mottley during the Cop26 summit on Nov. 1, 2021, has arrived in Barbados ahead of a ceremony on Tuesday that will mark the Caribbean nation's transition to a republic and the removal of Queen Elizabeth as head of state. Photo: Jane Barlow/Pool/Getty Images

Britain’s Prince Charles flew to Barbados as the Caribbean nation prepared for a celebration on Monday marking the founding of a republic and the removal of the Queen as sovereign, cutting imperial ties some 400 years after English ships first arrived.

Barbados won independence from Britain in 1966 but has retained Queen Elizabeth as its official sovereign. She will be replaced with a Barbadian president in an inauguration ceremony to be held when the country celebrates independence on Tuesday.

Shedding the final vestiges of a colonial system that once spanned the globe will not have a direct impact on Barbados’ economy or trade relations.

Prince Charles will deliver a speech just after midnight on Tuesday, saying that much of the relationship between the two nations will remain the same, including “the myriad connections between the people of our countries — through which flow admiration and affection, co-operation and opportunity.”

Buckingham Palace says the issue is a matter for the people of Barbados to decide.

It will mark the first time in three decades that the Queen is removed as head of state. Mauritius, an island in the Indian Ocean, proclaimed itself a republic in 1992.

The celebration will begin late on Monday and extend into Tuesday, when Sandra Mason will be inaugurated as the country’s first president to serve as a largely symbolic figure behind Prime Minister Mia Mottley.

Mason currently holds the position of Governor-General, the Queen’s representative in Barbados.

The shift may spur discussion of similar proposals in other former British colonies that have Queen Elizabeth as their sovereign, which include Jamaica, Australia and Canada.

Mottley in a speech on Saturday said foundation of the republic marks a step forward for Barbados, but added that citizens must confront challenges such as inequality and climate change with the same fervour with which they sought independence in the 20th century.

“As we move to become a parliamentary republic after 396 years of British monarchical rule … I ask us to recognize that the challenges may have changed, but they are as daunting as they ever were,” said Mottley at the inauguration of a park that honors Barbadian independence activists.