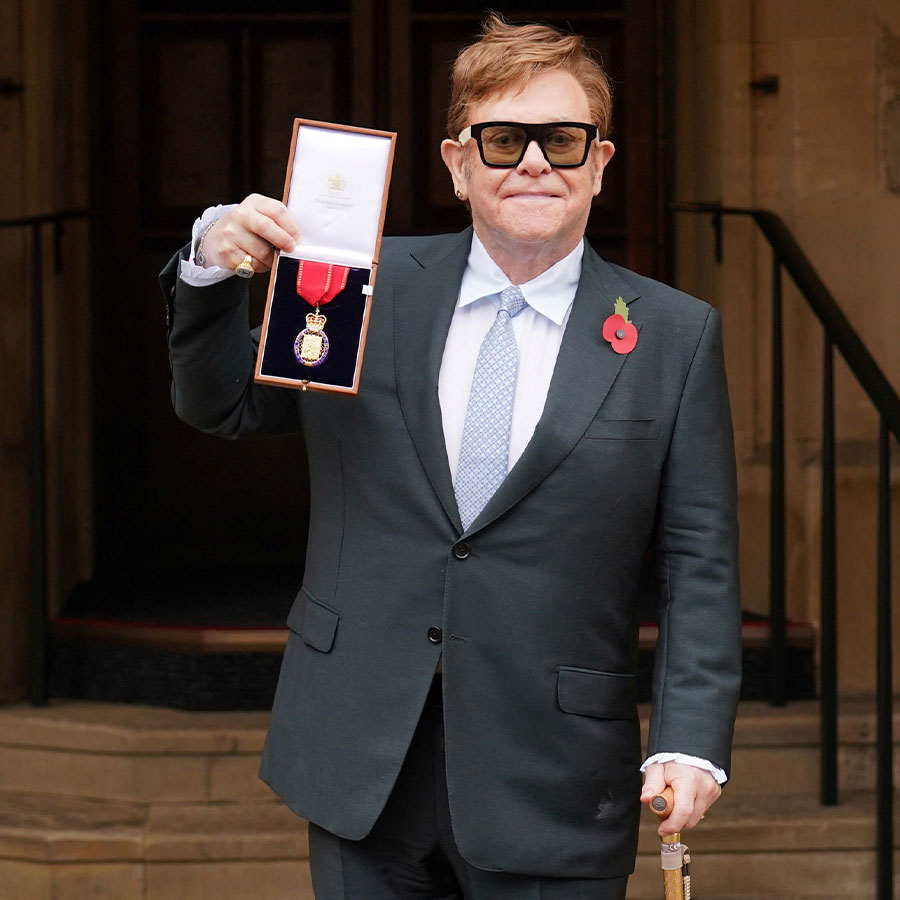 Musician Elton John poses after being made a member of the Order of the Companions of Honour for services to Music and to Charity during an investiture ceremony at Windsor Castle on Wednesday. Photo: Dominic Lipinski/Pool via Reuters

Singer Elton John received a rare royal honour from Prince Charles in a ceremony at Windsor Castle on Wednesday in recognition of a music career lasting more than five decades and his charity work centred on AIDS.

John, aged 74, was appointed to the Order of the Companions of Honour, an award restricted to the sovereign and a maximum of 65 members.

One of the best-selling artists of all time, with hits such as “Goodbye Yellow Brick Road”, “Rocket Man” and “Your Song”, John was knighted by Queen Elizabeth in 1998.

John, accompanied by his husband David Furnish at the ceremony, walked with the aid of a cane. In September he announced his European tour would be delayed due to hip problems.

John has raised millions of pounds for the fight against AIDs, including establishing the Elton John AIDS Foundation in the 1990s.