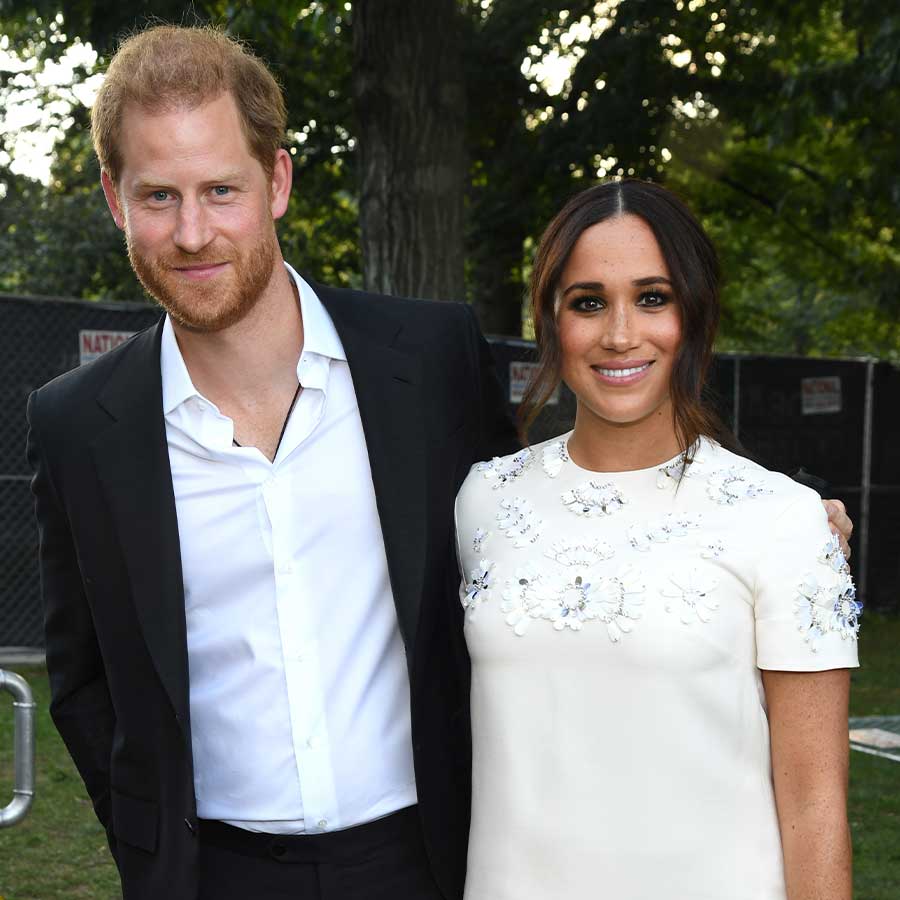 Prince Harry, Duke of Sussex and Meghan, Duchess of Sussex — seen attending Global Citizen Live in New York last September — making a surprise visit to the Queen is a hopeful sigh that the existing Royal Family rift might be mended ahead of the monarch's Platinum Jubilee. Photo: Kevin Mazur/Getty Images for Global Citizen

In a move sure to warm royal watcher hearts, Prince Harry and Meghan Markle, The Duke and Duchess of Sussex, visited the Queen  at Windsor Castle on  Thursday.

The couple, who are now based in California,  were en route to the Hague  where the Duke’s initiative to benefit wounded warriors, the  Invictus Games, are underway this weekend.  Harry was last in the Queen’s presence during his grandfather, Prince Philip, The Duke of Edinburgh’s funeral in April 2021 and was last in England later that year for the unveiling of his mother Diana’s statue at Kensington Palace on her birthday July 1.

The Duchess, who was heavily pregnant with their daughter, Lili , did not attend Prince Philip’s funeral. Meghan has not been in the presence of the Queen or known to have visited England since March of 2019 when, amidst the couple’s acrimonious break with the Royal Family, they attended the Commonwealth Day Mass at Westminster Abbey — after which  they went directly to the airport to fly back to their son Archie at their temporary British Columbia home. It was the Sussexes’ last engagement as senior working royals.

The Queen, who will be turning 96 on April 21, has been  increasingly frail. Since Prince Philip’s funeral she has been hospitalized for “observation,” had back and ongoing mobility issues and suffered a bout of Covid which she said has left her “exhausted.” She withdrew from this year’s Commonwealth Day Mass but rallied to attend this month’s memorial to  Prince Philip.

Harry, who has been criticized for not bringing his children to England to see their great grandmother — it has  been reported that they were not on this visit so she  has not met his daughter Lili in person — has also been roundly attacked for not attending his grandfather’s memorial service in the midst of a legal battle with the Home Office. He is suing them over the downgraded level of government security he and his family have been assigned while on British soil since leaving the Royal service.

The internationally read British tabloid The Daily Mail has been  particularly vituperative regarding that decision, making unfavourable comparisons to the ironclad security he would have had while with the Queen, Prince Charles and Camilla, Prince William and Catherine, British Prime Minister Boris Johnson and other dignitaries at the service compared to the security he is expected to have in the Netherlands during the games. Harry just happens to be suing their sister paper, the Mail on Sunday, for what he says is a defamatory story related to the Home Office matter that claimed he lied about offering to pay for his police protection in Britain. Meghan has previously triumphed in a privacy and copyright infringement lawsuit against Associated  Newspapers Limited, the parent company of the Mail on Sunday and Mail online.

It is believed that Prince Charles was also at Windsor and met with the couple and the hope is that this will help to mend fences ahead of the Queen’s Platinum Jubilee celebrations this summer. The couple’s Oprah interview, in which they alleged a lack of empathy toward Meghan’s suicidal ideations and racism within the Royal fold, still casts a long shadow (as does the fear within  palace walls of Harry’s tell all memoir slated for the fall).

And how valuable would the savvy couple have been? When republicanism reared its head in Jamaica 2012, one visit from a hugging, reggae dancing and racing — with Usain Bolt — Harry shut it down for years.  If Meghan, a woman of colour had remained in her position as Vice President of the Queen’s Commonwealth Trust, would William and Kate’s tone deaf Royal Tour of the Caribbean last month — which brought up the evils of slavery and colonialism and the future viability of the Commonwealth — have happened or been as damaging?

It is clear from the Queen’s financial bailing out of Prince Andrew  (to settle Virginia Giuffre’s sexual abuse lawsuit) and her stated wish that “in the fullness of time,” Camilla be named Charles’ Queen (all the better to secure his reign), that as the twilight of her reign deepens, she intends to settle all Windsor family business.

A smiling Harry, Meghan, Archie and Lili waving along with the rest of the Royal Family from that iconic Buckingham Palace balcony during this summer’s Platinum Jubilee celebrations would go a long way to doing just that.

Prince Harry’;s Memoir is Set to Rock the Monarchy