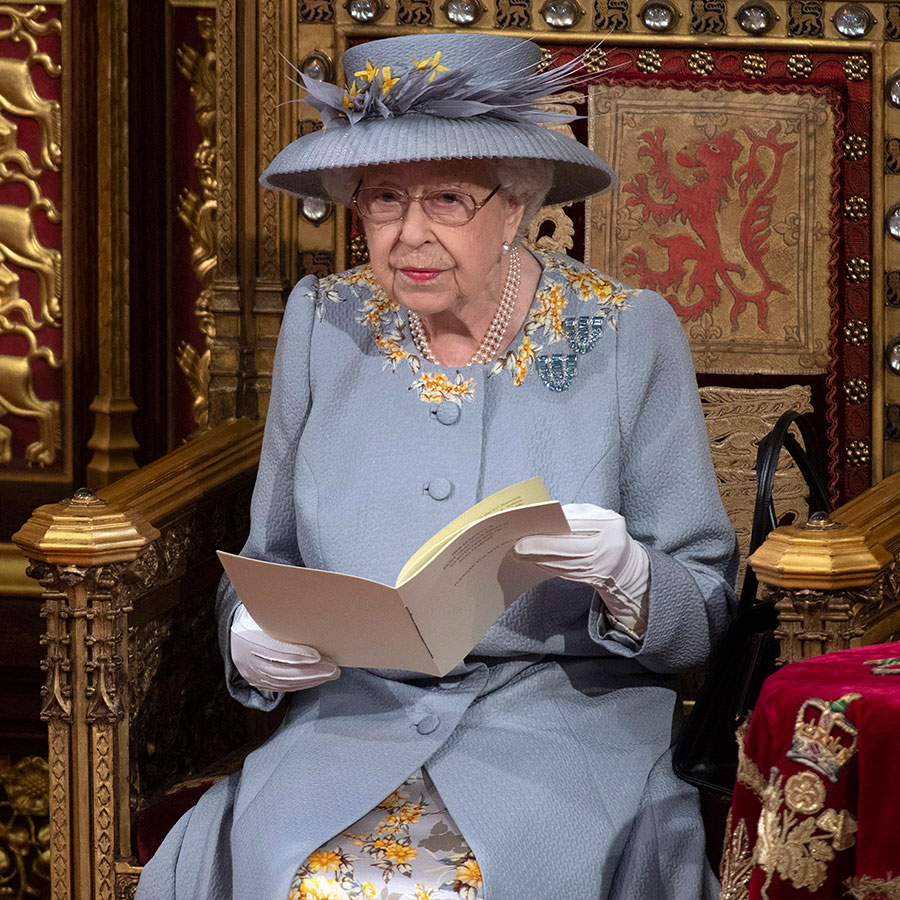 Britain's Queen Elizabeth II reads the Queen's Speech on the The Sovereign's Throne in the House of Lords chamber, during the State Opening of Parliament at the Houses of Parliament in London on May 11, 2021. Photo: Eddie Mulholland/POOL/AFP via Getty Images

Britain’s Queen Elizabeth will not carry out the opening of parliament on Tuesday as the 96-year-old monarch has had a recurrence of mobility issues, Buckingham Palace said on Monday, the latest event she will not attend because of her health.

Her son and heir Prince Charles, accompanied by his eldest son Prince William, will step in to replace her for the grand set-piece ceremony, in which the monarch sets out the government’s agenda, the palace said.

She last missed the event almost six decades ago.

“The Queen continues to experience episodic mobility problems, and in consultation with her doctors has reluctantly decided that she will not attend the State Opening of Parliament tomorrow,” Buckingham Palace said in a statement.

“At Her Majesty’s request, and with the agreement of the relevant authorities, The Prince of Wales will read the Queen’s speech on Her Majesty’s behalf, with The Duke of Cambridge also in attendance.”

The Queen, the world’s eldest and longest-reigning monarch, has been forced to cut back on engagements since being hospitalized for a night last October for an unspecified illness, and then being told by her doctors to rest.

The palace declined to give details of Elizabeth’s ailment, but a source said her decision to pull out of the opening of parliament, which was only made on Monday, was related to the problems she had suffered last year.

While Elizabeth has continued to carry out many of her duties virtually or in person at her Windsor Castle home, her first public event since falling ill was in April, when she attended a memorial service to her late husband who died last year.

Last week it was announced she would not attend the traditional summer garden parties at Buckingham Palace, but the palace source said she would have her regular audiences with the Privy Council and Prime Minister Boris Johnson on Wednesday, virtually and by phone.

“The prime minister fully respects the wishes of Her Majesty and is grateful to the Prince of Wales for agreeing to deliver the speech on her behalf,” a Downing Street spokesperson said.

The State Opening of Parliament is an event of huge pomp and pageantry which traditionally sees the Queen travelling to the assembly in a State Coach, escorted by mounted soldiers in ceremonial uniform, while the Imperial State Crown and other regalia travel ahead in a carriage of their own.

The monarch puts on the Robe of State before leading a procession to the House of Lords upper chamber where she sits on a throne and formally opens a new session of parliament, reading a speech outlining the government’s legislative plans.

She has missed the occasion twice during her 70-year reign – in 1959, and 1963, when she was pregnant with sons Andrew and Edward. Prince Charles has attended the opening before, but it is the first time that William, also destined to be a future king, will be officially involved.

To authorise Charles and William to carry out the role on her behalf, the Queen had to issue a ‘Letters Patent.’ The palace source said no other functions had been delegated by Elizabeth.

Britain will hold four days of celebration in June to mark the Queen’s Platinum Jubilee. Buckingham Palace said last week she was planning to attend most major events during the celebrations but her presence would not be confirmed until on the day.

A Queen For All Seasons