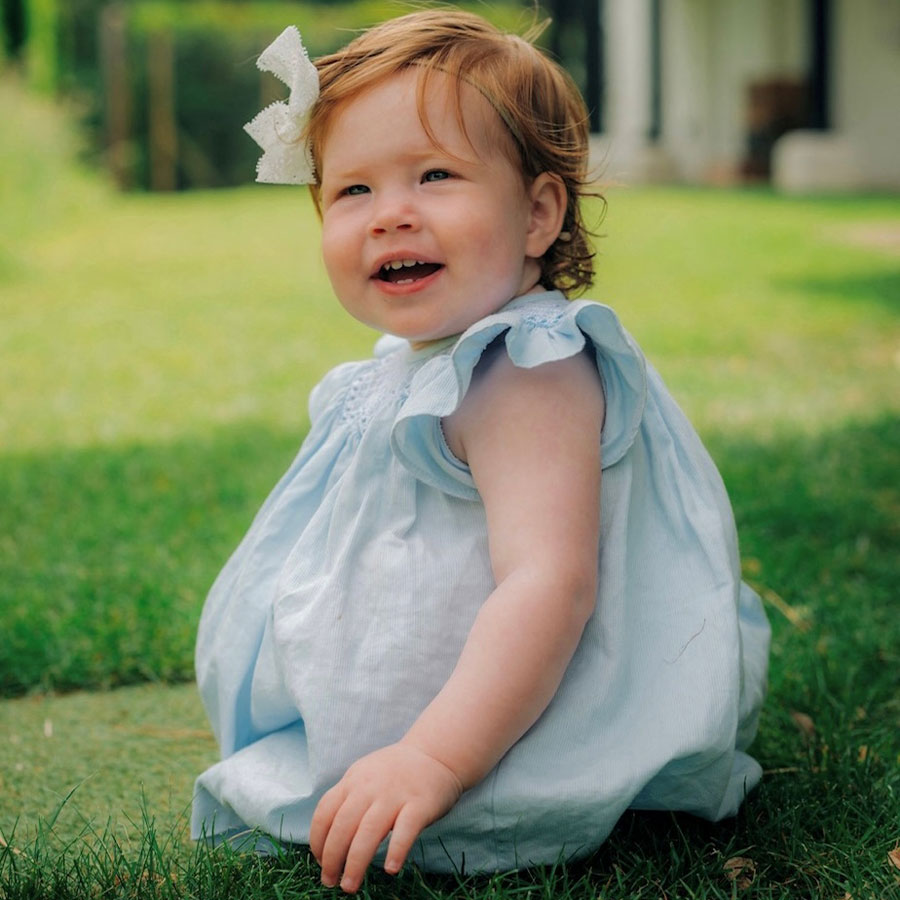 Harry and Meghan released this adorable photo of Lilibet to mark her first birthday, which took place over the Platinum Jubilee weekend. Photo: Misan Harriman/Prince Harry and Meghan, The Duke and Duchess of Sussex 2022/Handout via Reuters

A new photo released on Monday by Prince Harry and Meghan Markle showed their daughter Lilibet celebrating her first birthday in a backyard picnic over the weekend.

Wearing a light blue frock and white bow on her head, the red-haired toddler sat on the grass in a candid snapshot taken by close family friend Misan Harriman on Saturday, a spokesperson said.

A highlight of the intimate gathering at Frogmore Cottage in Windsor was a cake by American baker Claire Ptak, who created the wedding cake for the Duke and Duchess of Sussex in 2018.

Lilibet Diana Mountbatten-Windsor was born in California and was named in honour of Queen Elizabeth II, whose family nickname has been Lilibet since she was a child.

The family, who live in Montecito, California, were in Britain last week for the Queen’s Platinum Jubilee.

Harriman, who also shot Markle’s maternity photos in 2021, posted the new shot to Instagram along with another candid pic of Markle and Lilibet with his wife Camilla Holmstroem and their daughters.

The Queen reportedly met Lilibet for the first time on Thursday or Friday.

In the midst of Platinum Jubilee celebrations, the royal family, including Her Majesty, took to social media to wish Lilibet a happy first birthday.

In honour of Lilibet’s birthday, people from around the world made donations to the World Central Kitchen (WCK), amounting to more than US$100K, according to People. A spokesman for Harry and Meghan said the couple “extended their gratitude to all who have shown support for the organization, which is especially near to their hearts.”