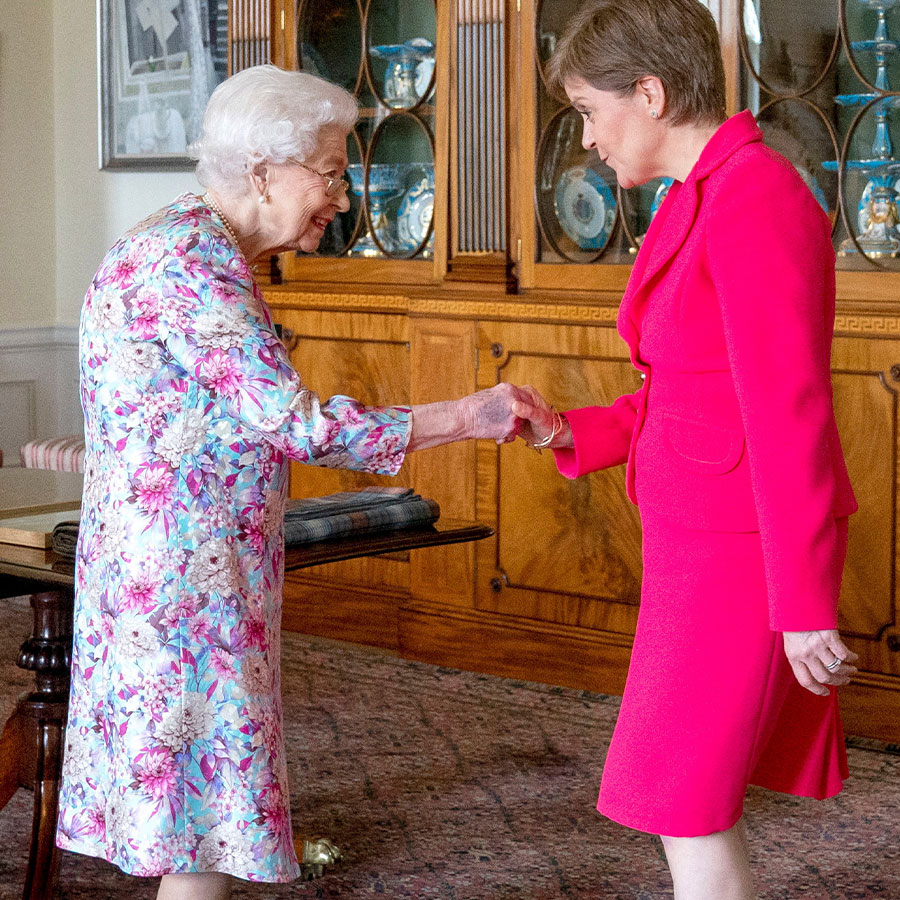 Queen Elizabeth receives Scotland's First Minister Nicola Sturgeon at the Palace of Holyroodhouse in Edinburgh as part of her traditional trip to Scotland for Holyrood Week, June 29, 2022. Photo: Jane Barlow/Pool via Reuters

Queen Elizabeth held a meeting with Scotland’s Nicola Sturgeon on Wednesday, a day after the Scottish leader set out plans to push for a second independence referendum to break away from the United Kingdom.

Buckingham Palace said the 96-year-old Queen, who is spending the week in Scotland, had received Sturgeon as well as a Scottish Parliament official in Edinburgh’s Holyrood Palace.

On Tuesday, Sturgeon, who is Scotland’s first minister, announced plans for a second independence referendum to be held on October 2023, and vowed to take legal action if the British government blocks it.

Voters in Scotland, which has a population of around 5.5 million, rejected independence by 55 per cent to 45 per cent in a referendum in 2014.

The Scottish National Party, which runs Scotland’s semi-autonomous government, says Britain’s decision in a referendum in 2016 to leave the European Union – a move opposed by a majority of Scots – means the issue must be put to a second vote.

The British government of Prime Minister Boris Johnson opposes a new referendum and says the question was settled in 2014.

The Queen, who has missed several public events in recent months due to difficulties with her mobility, has been seen smiling and watching events during the annual “Royal Week” in Scotland.

Photographs showed her shaking hands and chatting with Sturgeon.

The SNP has said it wants the Queen to remain as head of state if Scotland becomes independent.

The images showed Sturgeon talking to the queen about a bottle of Scottish whiskey and other items. “What a nice thing to have,” the queen said.

As the Party Ends, Queen Elizabeth Says She Is “Humbled” by all the Support for Her Platinum Jubilee