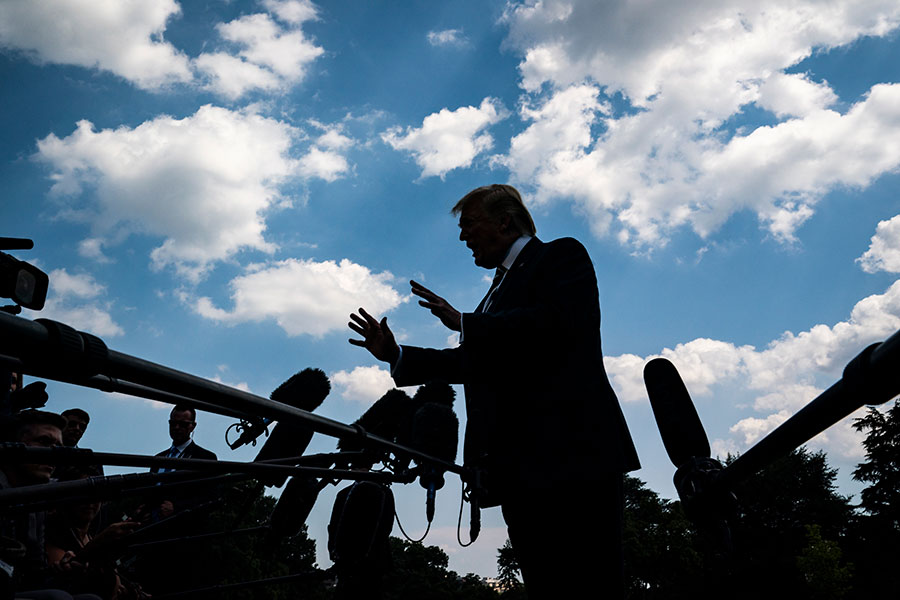 It’s been alleged and debated for years, and now it’s confirmed: U.S. President Donald Trump is a narcissist who “embraces cheating as a way of life,” according to a new tell-all memoir by his niece.

Mary Trump, daughter of Donald’s older brother, Fred, should know. In addition to being privy to family secrets for more than 50 years, she is a licenced clinical psychologist with a PhD from Adelphi University. In other words, she knows the Diagnostic and Statistical Manual of Mental Disorders inside and out.

And Mary, whose manuscript Too Much and Never Enough: How My Family Created the World’s Most Dangerous Man is leaking out everywhere two weeks before its July 14 publication date, says Donald meets all nine criteria of a narcissist.

“The fact is Donald’s pathologies are so complex and his behaviours so often inexplicable that coming up with an accurate and comprehensive diagnosis would require a full battery of psychological and neurophysical tests that he’ll never sit for,” Mary writes.

She blames Fred Trump Sr., a domineering man who belittled his sons — particularly her father, Fred Jr., an alcoholic who died of a heart attack at 43 — so much so that Donald learned to lie to convince people he “was better than he actually was.”

“By limiting Donald’s access to his own feelings and rendering many of them unacceptable, Fred perverted his son’s perception of the world and damaged his ability to live in it,” she says in the book.

She also uses the “S” word to describe her grandfather. “That’s what sociopaths do: they co-opt others and use them toward their own ends — ruthlessly and efficiently, with no tolerance for dissent or resistance.”

In the book, Mary, 55, reveals she gave 19 boxes of tax documents to New York Times reporter Susanne Craig — a former Globe and Mail reporter who was born in Calgary — who, along with David Barstow and Russ Buettner, won a 2019 Pulitzer Prize for their 18-month investigation into the president’s claims he was a self-made billionaire, which revealed “an empire riddled with tax dodges.”

The Trump family has been trying to quash the publication of Too Much and Never Enough in court for weeks, but a judge ruled July 1  it could go ahead, since its publisher, Simon & Schuster, was not party to the confidentiality agreement Mary signed 20 years ago after she and her brother, Fred Trump III, contested Fred Sr.’s will.

The judge is expected to rule on that allegation, central to the family’s case, although Mary and her lawyers argued the agreement was based on “fraud” and that the book had “deep national relevance.”

The book, which is partly a family history and partly an analysis of Donald’s personality, includes other nuggets:

Promoted as an “authoritative portrait of Donald J. Trump and the family that made him,” the book promises to explain how the president became the man “who now threatens the world’s health, economic security and social fabric.”

Wherever Donald Trump Goes, Frenzied Outrage is Sure to Follow