As Margaret Trudeau Turns 72, Reflecting on Her Life, Loves and Heartbreaks 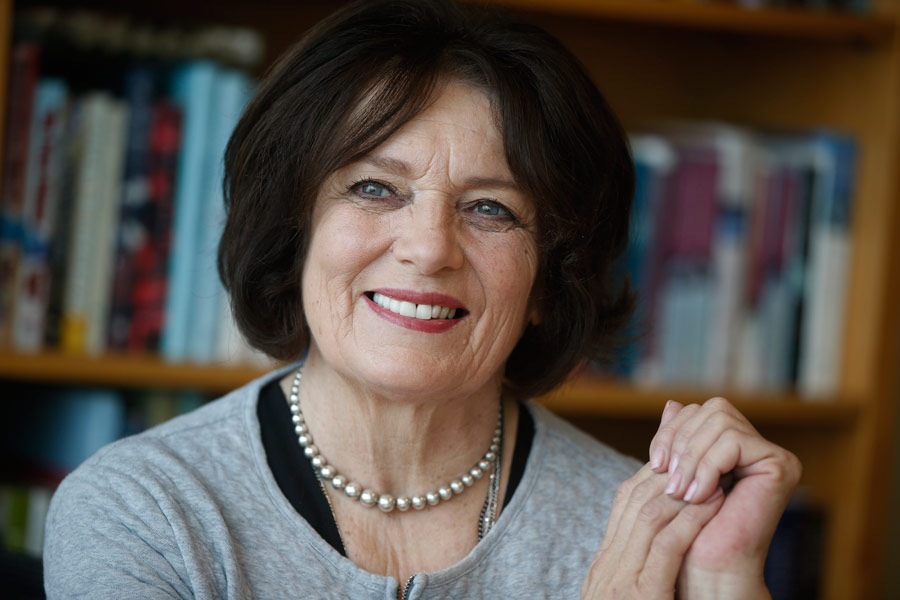 As Margaret Trudeau celebrates her 72nd birthday on Sept. 10, we revisit our 2018 story about her incredible life and the love and heartbreaks she’s experienced.

Margaret (née Sinclair) Trudeau (formerly) Kemper is nothing if not always changing, to the surprise of everyone but herself.

Trudeau (as she now styles herself again) has been the mirror to our times. As the Washington Post put it, she is Canada’s answer to Princess Di, but with a happy ending.

She entered the public consciousness as an impossibly fresh-faced and free-spirited Vancouver flower child. Plucked by a prime minister 29 years her senior, she was then plonked into a life as a diplomatic fashion-plate wife at age 22. In quick succession, she became a doting mother to three baby boys.

A fish hopelessly out of water, but you would never have known that: Photos of Trudeau in those early years of marriage show a beaming, beatific, young woman. For instance, the 23-year-old was captured gazing loving at her new husband while he makes his Speech to the Throne in the House of Commons, her fluffy, pristine white hat framing those huge doe eyes.

Cut to her holding baby Justin outside of church in a trim, prim coat. Or the famous publicity shot of Margaret in a groovy ’70s headscarf, camera in her hand, being captured herself as she attempted to freeze-frame a moment of domestic bliss at 24 Sussex Drive.

It took a long, painful and public series of transformations for that Margaret Trudeau to become the very different woman she is today. Now the mother of the prime minister, she is also the author four books — a combination of memoirs, confessions and inspirational tomes — as well as become an in-demand public speaker and highly effective campaigner for mental health and safe water issues.

Those earliest images of her as Mrs. Trudeau were deceiving. She was not the happy housewife that the PR machine would have us believe. She chafed under the constraints of her husband’s ascetic intellectual rhythms: Pierre was the architect of the feminist and egalitarian social justice dreams his own son Justin would more fully realize 40 years later.

But in the domestic reality of the 1970s, Trudeau père was a bit of an old-fashioned fuddy-duddy, and his vibrant young wife was relegated to writing thank you notes while he was off running the country.

Predictably, the fairytale imploded, with all of us watching. Margaret, who would later be diagnosed with bipolar disorder, took off for New York to study acting. She cut a manic swathe through the drug and booze-fuelled Studio54 scene, linked to an array of flashbulb-worthy companions, from Andy Warhol to the Rolling Stones, Mikhail Baryshnikov to Ryan O’Neal, via Ted Kennedy and Jack Nicholson.

She punctuated the defeat of her husband’s government in 1979 by posing for a shot on the dance floor. But the party was soon over for Maggie Trudeau, and the pap shots dried up as she moved quietly back to Ottawa, accepted some psychiatric help and set up a house down the road from her ex and her boys to share parenting duties.

The middle part of Trudeau’s life, following her divorce from Pierre in 1984 and remarriage to Ottawa real-estate developer Fred Kemper, was spent with a modicum of privacy that Margaret found refreshing.

She had two more children, a boy and a girl. But that idyll was shattered when her youngest child with Trudeau, Michel, was killed aged 23 in an avalanche in British Columbia in 1998.

Margaret Kemper was dragged back into the limelight at the worst moment of her life, and she was forced to grieve in public. On the long road back, she faced down her own demons, getting proper treatment for her mental health issues for the first time after she suffered a major depression in the wake of Michel’s death. She also got divorced again.

It was in 2006 that Trudeau made public her battle with bipolar disorder. She was a woman who stood on her own two feet and took back the narrative of her life. She had a new purpose, and she deployed her surplus of charisma for the first time to stand up and make a difference.

Today, in 2018, when everyone owns their issues so much more openly, it is easy to forget what a brave admission Trudeau made at the time. And how many times she had to pick herself up and dust herself off over the years, after being raked over the coals and mom shamed.

She is still beautiful, and stylish and charming at 70. But her life today is not about pretty pictures. And that is what makes current photos of Margaret Trudeau so much more iconic than those glowing shots of a young wife and mom. Or Maggie at the El Mocambo.

Margaret Trudeau has harnessed the power of her voice, strengthened by survival and flush with inspiration. And thus she is being heard, instead of idealized.

This article was originally published in Sept. 2018.