Trump to Trudeau: “Didn’t You Guys Burn Down the White House?” 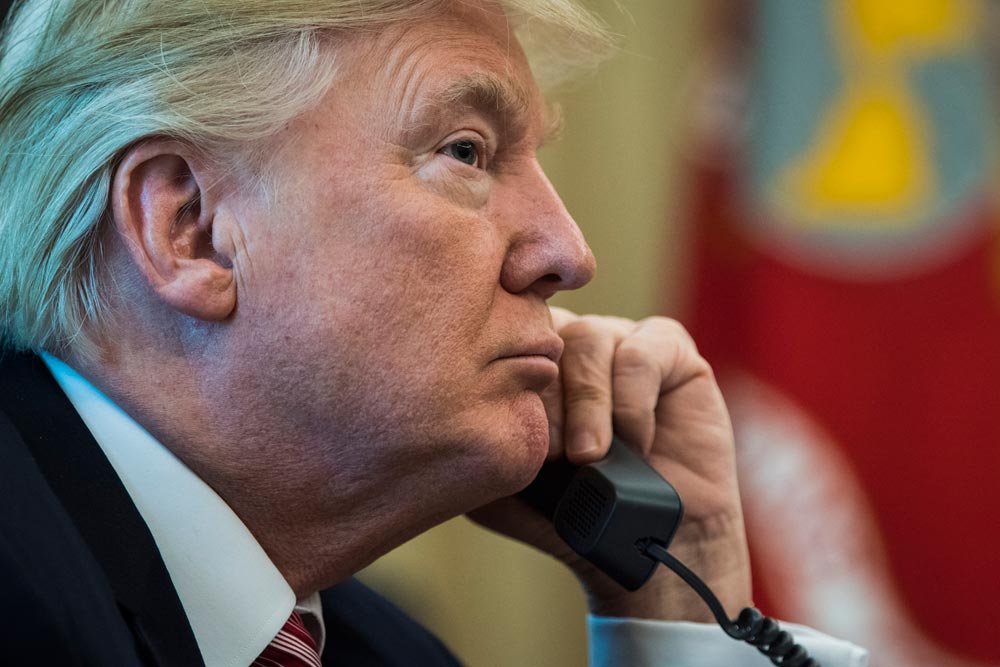 In an effort to resolve the developing trade war between Canada and the U.S., Justin Trudeau recently telephoned President Donald Trump hoping to tone down the rhetoric.

Instead, all he got was a bad joke.

According to CNN, sources privy to the phone call between the two leaders called it a “testy” exchange. Last week, Trump imposed heavy tariffs on Canadian steel imports, arguing that our metal products posed a national security risk to the U.S.

At one point, Trudeau asked Trump how Canada posed a “national security risk” to our closest ally?

To which the President jokingly responded: “Didn’t you guys burn down the White House” during the War of 1812?

Technically, Canada was a colony of Britain in 1812. So the torching of the White House (which happened in 1814) was actually carried out by the British army in retaliation to an American attack on York, which later became Toronto.

Attention to detail has never been a strong suit for this fact-challenged U.S. President. He recently regaled an audience with an anecdote of how he bluffed his way through a past meeting with Prime Minister Trudeau, arguing about a trade imbalance between Canada and the U.S. that doesn’t even exist.

While Trump’s attempt at humour fell flat, the tariff war between the two countries isn’t causing much laughter in the steel and aluminum industries North of the 49th.

Trudeau and Canadian trade officials are no doubt hoping for a more serious discussion when the two leaders meet at the G7 Summit, which is being held later this week in Charlevoix, Que.