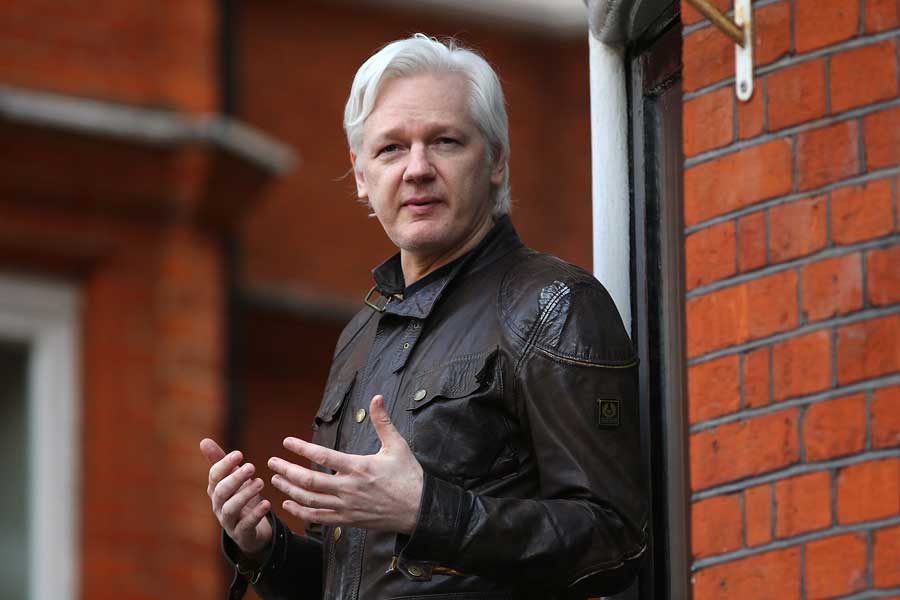 There’s so much sleaze sloshing around the world’s capitals these days that it’s getting impossible to tell the good guys from the bad guys, especially when it comes to whistleblowers.

Mostly, it comes down to who’s helping the people in power and who’s hurting them.

Is Cohen a good guy for turning on Trump and implicating him in a criminal act even though it means he himself goes behind bars? It’s because of this that the sitting president of the United States will be forever known as Individual 1, an unindicted co-conspirator in Cohen’s guilty plea.

Or does his own considerable criminal behaviour and sleaziness make him an unredeemable bad guy?

Then there’s Julian Assange. He’s the WikiLeaks guy, expelled this week from the Ecuadorean embassy in London and facing, at the minimum, hacking charges in the U.S.

Is he a hero for helping expose government secrets and bringing transparency to world affairs? Or is he, as the Washington Post suggests, “a reckless traitor”?

Consider our very own whistleblower Jody Wilson-Raybould. She outed Trudeau’s attempt to protect SNC-Lavallin and got kicked out of the caucus.

Hero for siding with integrity or stubbornly naive about how things work for the benefit of the nation?

You could get whiplash just from trying to keep up with who’s a hero and who, for example, is being indicted for stealing millions from a paraplegic.

It was the hush money payments made to Daniels and another woman who claimed to have had affairs with Trump that may have violated campaign finance laws. If Trump was directly involved with these payments, he’d have broken the law.

This week, Avenatti was indicted by a California grand jury on 36 charges of tax dodging, perjury, and theft from client.

There’s more! Last month, he was also charged with wire fraud, bank fraud and extortion in California and New York.

If he’s convicted of all the crimes he’s been accused of in California alone, he’d face a maximum of 333 years in prison, and an additional two-year mandatory sentence on an identity theft charge.

That’s a whole lot of lock ‘em up overkill.

But remember, lock ‘em up is the rallying cry of the Trumpsters. It started with Hillary.

Now, it’s the fate that seems to await anyone who attacks Trump. Nevertheless, Avenatti, despite his flaws and there are many, has been a hero to nearly everyone who regards Trump as a nightmare, not a U.S. president.
Because he confronted Trump and made the hush money payments public, Avenatti was celebrated as a 21st century Woodward & Bernstein and America’s saviour.

Certainly Avenatti is no mensch. Neither is Cohen. And for sure Assange is not. And Wilson-Raybould’s critics are many.

So how do you tell the saints from the sinners?

Maybe there’s no difference unless you look through the prism of your politics.