One Year Ago: Toronto Remembers The Shocking Van Attack That Killed 10 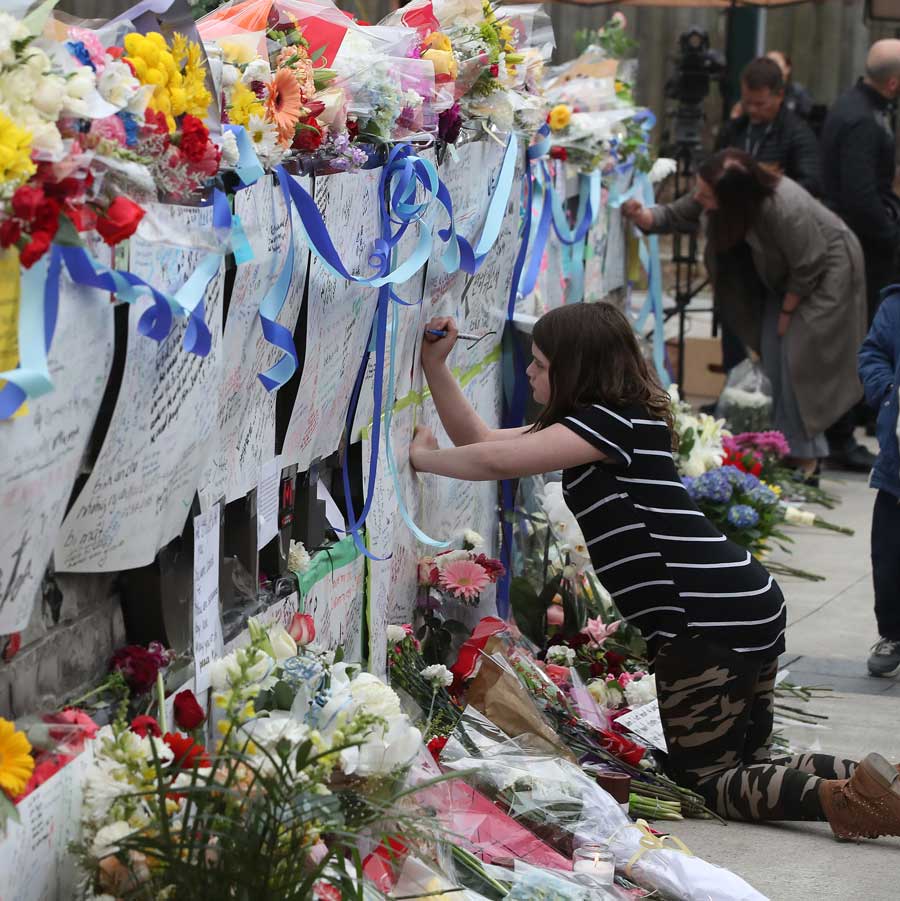 One year ago, people sign posters at a memorial near Yonge and Finch Streets for the 10 people that were killed and the 15 injured in the van attack along Yonge Street in Toronto. (Photo: Steve Russell/Toronto Star/Getty Images)

Vigils will be held across Toronto today as the city marks the one-year anniversary of the terrifying van attack that killed 10 pedestrians and changed the city forever.

On April  23, 2018, residents of Toronto’s Willowdale neighbourhood were out basking in the first warm day of spring. But this peaceful early afternoon moment soon became terror scene as a van driven by 25-year-old Alek Minassian began speeding southward down Yonge St., careening wildly and intentionally trying to pick off pedestrians.

When the carnage was over at around 1:30 pm,  police arrested Minassian but not before his van attack had killed 10 and wounded 16 others and changed the lives of their families forever. The 10 who lost their lives to the senselessly violence attack were:

This tragedy, which left the city shocked and dazed, was followed up three months later by a shooting in the Greektown area that killed two people and wounded 13. Those two events, coupled with an incredible year of violent murders, left many wondering if the notion of Toronto being the safest big city in the North America had become a thing of the past.

Today, Toronto’s residents will gather at vigils to remember the 10 victims and to pay tribute to the city’s first responders, who had the grisly task of rushing the wounded to hospital and restoring order to the grisly scene.

The City of Toronto is holding an event for victims and first responders at the Mel Lastman Square at 1:30 p.m. to coincide with the time of the attack and at 6 p.m. a vigil will be held in the same location.

“On the one-year anniversary of the attack on Yonge Street the thoughts and prayers of Toronto Police Service members are with the families and friends of those lost to an act of senseless violence. The healing process continues for many members of the public as it does for the Toronto Police Service and First Responders,” Toronto Police Chief Mark Saunders said in a statement.

“Even in our darkest moments, we always remain strong and united. In the face of such tragedy and terror, the people of Canada do what we have always done. We come together, as many will today at vigils across the city. We mourn those we have lost and comfort the families and friends left behind. And we demand that those who commit such cowardly acts of violence be brought to justice,” said Premier Doug Ford .

Minassian, the van driver who is now 26, has been charged with 10 counts of first-degree murder and 16 counts of attempted murder. His trial won’t begin until early 2020.

TorontoStrong: The Van Attack, The Senseless  Violence and The Vigils