“You Lied” and “Covered Up” for the President: Barr’s Very Bad Day at the Senate 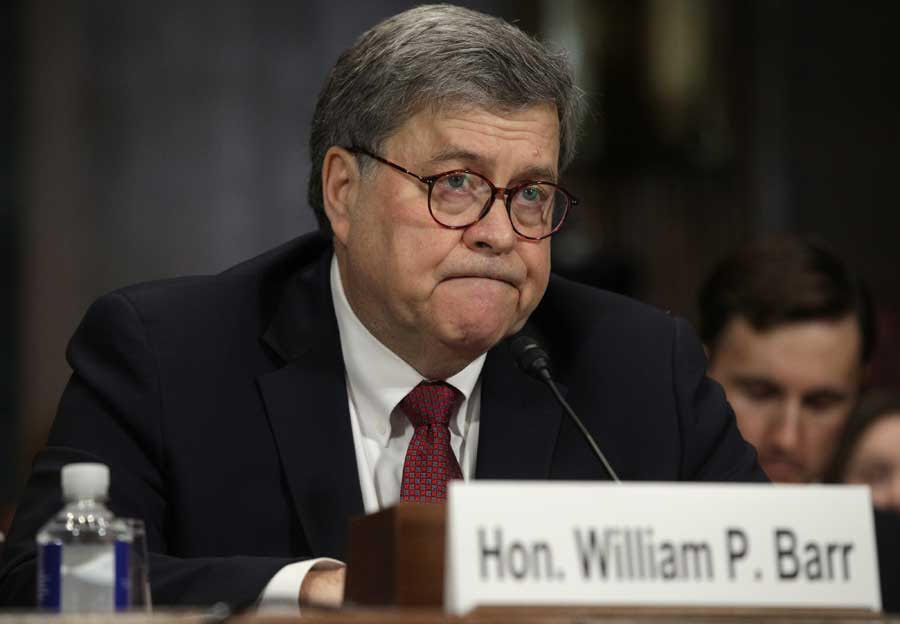 The House Judiciary convened this morning to continue the grilling of Attorney General’s William Barr’s handling of the Mueller report on Russian interference in the 2016 election and efforts by President Donald Trump to obstruct its investigation.

The only problem? Barr wasn’t there to answer questions.

According to a statement from his Justice Department, the House’s demands that Barr be questioned by staff lawyers as well as lawmakers was “unnecessary,” “unprecedented” and “inappropriate.”

Apparently, after five gruelling hours in front of the Senate, where he was repeatedly accused of lying, stonewalling and giving evasive answers all in an effort to protect President Trump, Barr has had enough — the embattled Attorney General no longer wants to be part of the circus that the Mueller report has created.

By avoiding the House Judiciary hearing, Barr clearly wants to avoid a repeat of yesterday’s appearance in front of the Senate Judiciary Committee, which could not be listed as his happiest day.

The Democrats’ ire was primed by a letter that Mueller’s office had sent to Barr criticizing the Attorney General’s 4-page summary. The Mueller letter said that not only did the four-page memo “not fully capture the context, nature, and substance” but that it sowed “public confusion about critical aspects of the results of our investigation.”

This touched off a flurry of questions by Democrat Senators who accused Barr of lying, misleading or generally acting like the President’s lawyer. Not only did they pile on the Attorney General for misrepresenting the Mueller report but they also took him to task for defending the President’s move to ask White House Counsel Don McGahn to remove Mueller from the Russian Probe, which certainly suggests obstruction.

Barr’s response was enigmatic: “There’s a distinction between saying to someone, ‘Go fire him. Go fire Mueller,’ and saying, ‘Have him removed based on conflict’ — They have different results.”

Then things got ugly.

Hawaii Democratic Sen. Mazie Hirono accused Barr of shielding Trump from obstruction charges: “You’ve chosen to be the president’s lawyer and sided with him over the interests of the American people. You lied … Now we know more about your deep involvement in trying to cover up for Donald Trump. Being attorney general … is a sacred trust. You have betrayed that trust, America deserves better. You should resign.”

And Vermont Senator Patrick Leahy told him, “Mr. Barr, I feel that your answer was purposely misleading, and I think others do, too.”

The next step on the Democrat’s agenda will be to try to force Barr to turn over an un-redacted version of the Mueller Report or be held in contempt of Congress,” Representative Jerrold Nadler of New York, the committee’s chairman, told reporters. They are also mulling over charging him with contempt of Congress, not only for refusing to turn over the full Mueller report but also for lying to the House about it.

And while Trump continues to declare victory:

The Democrats will not be quick to let this die.