“I don’t do cover-ups!” — Trump Storms Out of Meeting With Top Democrats 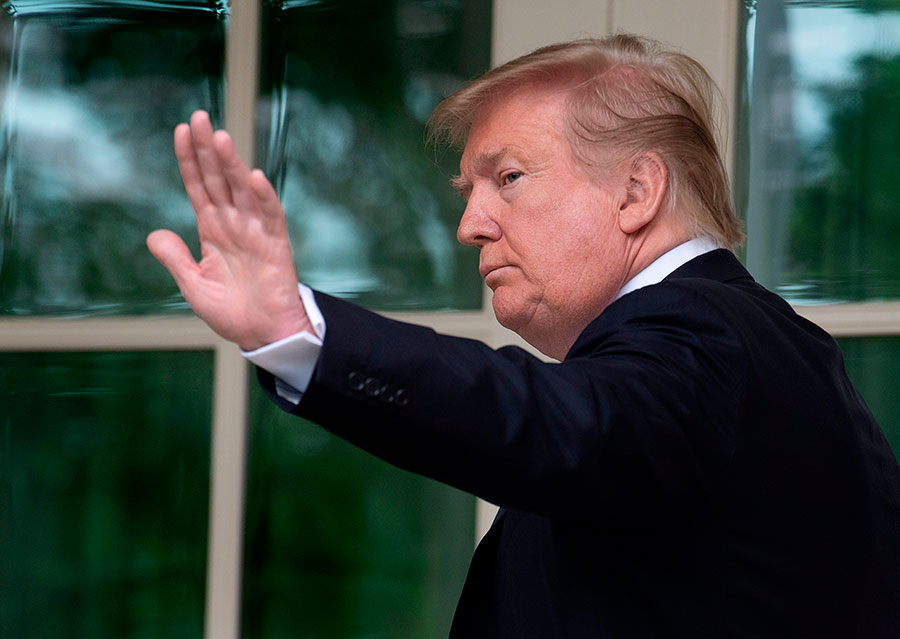 US President Donald Trump waves as he leaves a press conference in the Rose Garden of the White House on May 22, 2019, in Washington, DC. (Photo: JIM WATSON/AFP/Getty Images)

The meeting, the second between the President and Congressional Democrats, was held to discuss infrastructure. There was some hope on both sides going in that it would be a helpful follow-up to the first get-together.

However, any hope of that this meeting would accomplish anything positive went by the wayside as Trump did not appear to be in a meeting mood.

Apparently, Trump entered the meeting enraged by comments made yesterday by Pelosi suggesting that because Trump continues to ignore subpoenas and block aides from giving testimony to the obstruction of justice investigations “the President of the United States is involved in a cover-up.”

That was enough to kill any dialogue. “I don’t do cover-ups,” Trump told reporters after he stormed out of the meeting.

Pelosi and Schumer were stunned by the abruptly terminated meeting, with Schumer blaming Trump for throwing a “temper tantrum” and storming out. Pelosi said in a rambling press conference that the Democrats went to the meeting “in the spirit of bipartisanship to find common ground with the President.”

However, she said, the President “took a pass and it makes me wonder why he did that.” Pelosi also promised she’d pray for Trump.

Trump, however, claimed that he can’t work with the Democrats if they keep investigating him. After the meeting he tweeted: “You can’t investigate and legislate simultaneously — it just doesn’t work that way. You can’t go down two tracks at the same time. Let Chuck, Nancy, Jerry, Adam and all of the rest finish playing their games …