Campaign 2019: Promises Made, Mislaid and Misplayed by Trudeau and Other Leaders 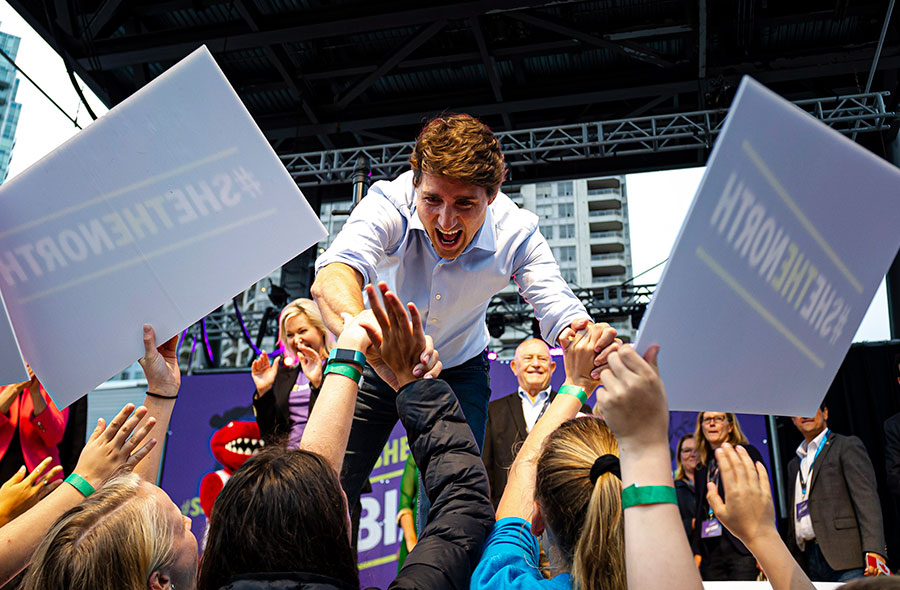 Promises, promises. Election campaigns are full of them, and they’ve been rolling off the tongues of party leaders the past few days on the campaign trail. Justin Trudeau is obviously reprising his strategy of attracting the massive seniors vote while Andrew Scheer made a raft of pledges aimed at scoring big with middle-class families. Meanwhile, Jagmeet Singh focused on affordable housing, Elizabeth May on privacy and Maxime Bernier on getting his message out, for better or worse.

In Fredericton, Justin Trudeau promised to help low-income seniors by boosting Old Age Security by 10 per cent for those aged 75 and over (an extra $729 a year) that would help lift 20,000 seniors out of poverty. Going after the all-important older voter, the country’s largest voting bloc, Trudeau also pledged to increase CPP for widows, an additional $2,000 per year in benefits. In other news, the final deficit for 2018-2019 came in at  $14 billion despite the fact that the Liberals promised to eliminate it by now.

Conservative leader Andrew Scheer followed up his big Universal Tax-Cut announcement (up to $800 in savings for families in the lowest-income bracket) with more goodies for middle-class families. A Conservative government, Scheer promised, would “put more money in your pockets” by increasing the government contribution to Registered Education Savings Plans by 10 per cent and bringing back the children’s fitness tax credit and public transit credit. If you think these announcements sound familiar, you’re right. They’re taken directly from the policies enacted during Stephen Harper’s term in office.

Green Party leader Elizabeth May visited the University of Waterloo to promise Canadians that her government would protect our personal privacy from invasive marketing tactics. But just hours after her announcement, CTV News posted a story saying it had “discovered that videos accessible on the party’s website contained voters’ personal data.” Oops! The Greens hastily removed the offending videos and notified Elections Canada of the breach.

NDP leader Jagmeet Singh not only promised to spend $5 billion to build 500,000 new affordable homes over the next 10 years, he also criticized the Liberals for spending 19 per cent less on its National Housing Strategy than the Conservatives had done under Stephen Harper. “Justin Trudeau’s pretty words don’t build homes,” the NDP said in a website statement.

The Leaders’ Debates Commission changed its mind yesterday, saying People’s Party of Canada leader Maxime Bernier would be allowed to participate in two sanctioned debates, one in English on Oct. 7 and one in French on Oct. 10. “That was the right decision,” crowed Bernier in a Twitter video. “See you soon.” Bernier, who successfully convinced the commission his party had enough candidates who had a legitimate chance of winning in their ridings, promised that his participation would allow Canadians “to see the other option and see the principle alternative.” Having Bernier at the podium will no doubt annoy Andrew Scheer, who fears giving the PPC any publicity, in case they shave votes from Conservative candidates.