Christie Blatchford: Remembering a Legendary Journalist Who Always Got the Scoop 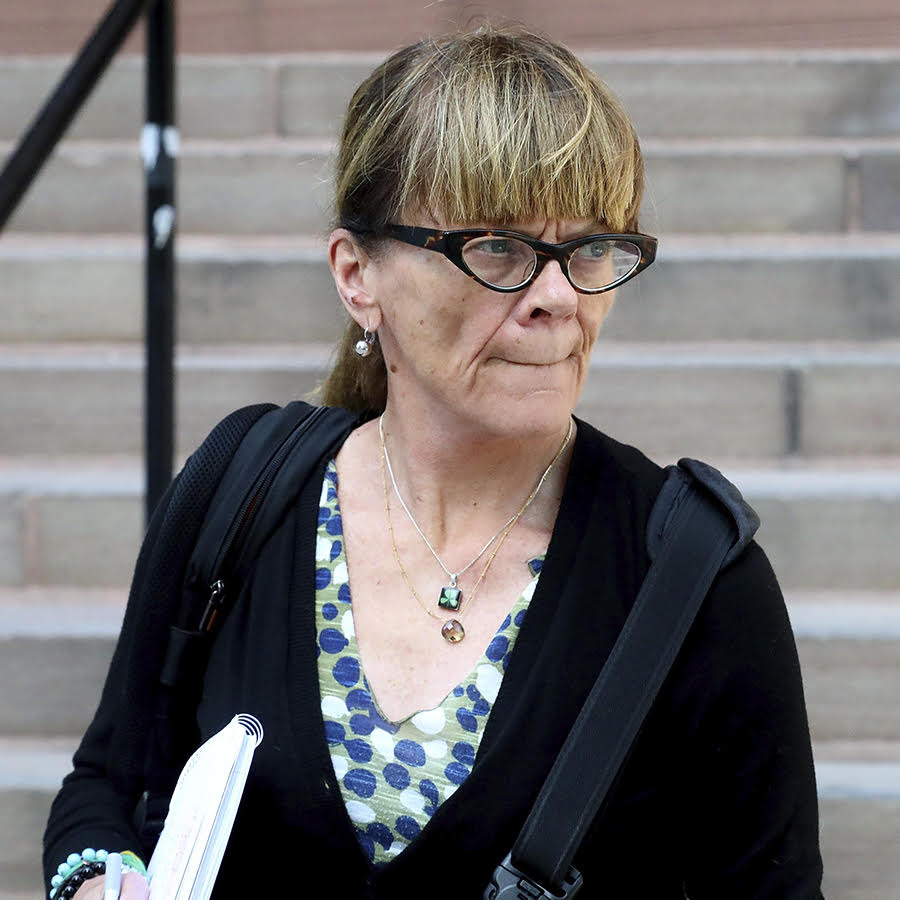 Christie Blatchford, a giant in the Toronto newspaper scene, will be remembered as a tenacious reporter who always got her story. Photo: The Canadian Press/Colin Perkel

Legendary Toronto newspaper reporter and columnist Christie Blatchford died today of lung cancer at the age of 68. Her death has prompted an outpouring of tributes from millions of readers who delighted in her feisty prose but also from politicians who she regularly scoured and fellow journalists who she inevitably scooped.

Her death prompted Toronto Mayor John Tory, a friend and former colleague, to issue a statement on this “tough but fair journalist.”

My own brief but memorable encounter with “Blatch,” as she was usually known, came in the early ’90s when I was young reporter covering an event which has faded into the mists of time.

What stands out for me from that day was seeing a short, determined, leather jacket-wearing reporter with a severe haircut push her way to the front of the makeshift press room at a downtown law office. This alarming woman completely took over the event, peppering the speakers with tough questions before departing halfway though to start working on the story.

In those pre-cellphone days, the usual move for a reporter was to find the nearest payphone and begin making calls to track down the story. But Blatchford, an old-school journo if there ever was one, was bound and determined to be the first to file. She made a beeline for the law firm’s reception desk, somehow convinced the astonished receptionist into letting her use the phone and then proceeded to carry out a loud and expletive-filled discussion (presumably with her editor), completely upstaging the event in progress.

Not only did Blatchford scoop all the other reporters, as she would continue to do throughout her five decades of award-winning journalism, but her resulting article was informative, controversial, punchy, funny and, as always, highly readable. I was completely in awe of this classic hard-edged, sharp-elbowed, big-city journalist who would stop at absolutely nothing to get the big story. All she was missing was a hat with the label “Press” tucked into its headband.

Born in 1951 in the mining town of Rouyn-Nouranda, Que., Blatchford moved to Toronto as a teenager, where her father managed a skating rink. After studying journalism at Ryerson, she was hired by the Globe and Mail in 1973 to work in the sports department, a field that was completely dominated by men. At the time, she was billed as Canada’s first female sportswriter, one of only six in North America.

It was about this time that she developed a life-long friendship with Toronto Star reporter Rosie DiManno, and together they formed a fearsome one-two punch of fearless female reporters who took on the establishment.

Together, she and DiManno (who was covering sports for the Toronto Star, unabashedly pushed their way into testosterone-filled world of sports. To Blatchford, the players weren’t the problem. “The worst sexism was institutional: no female loos in the press boxes, old-school owners, pissed-off male reporters. The problem was rarely the players.”

Blatchford always proudly held her own with men, whether it was dealing with cops, criminals, athletes or soldiers. “They enjoyed my capacity to swear,” Blatchford said recently, recalling the interviews the comprised her book, Fifteen Days: Stories of Bravery, Friendship, Life and Death from Inside the New Canadian Army. “I could out-swear any of them and routinely did, and I think that made them feel at ease.”

After an editorial dispute with the Globe — she had a long and colourful history of fighting with her bosses — she fled to the Star for a five-year stint before eventually landing at the Toronto Sun. It was at this upstart tabloid where she found her voice, starting first as a columnist before moving on to news reporting.

In 1998, she again jumped ship, moving to the National Post where she continued to hustle interviews and break all the crime stories. She moved back to the Globe in 2003 where she had a regular column before returning to the Post in 2011, where she spent the remainder of her career.

A life-long dog lover, in one of her last columns, Blatchford memorialized Obie, her beloved bull terrier. “We were the same being,” she wrote in this telling piece. “We looked tough, sometimes, but mush on the inside. The qualities he had in spades — goodness, kindness, clownishness — are nowhere near as abundant in me. I could only aspire to be as fine as him.”

In November 2019 she was diagnosed with lung cancer and was too ill to attend her induction into the Canadian News Hall of Fame.

At her induction ceremony, Ken Whyte (who, as editor of the Post, had the inimitable task of handling her assignments), said of Blatchford, “There is no journalist in Canada that does what she does, the combination of reportorial skills and strong opinion and deep experience, especially in crime and justice issues. And no one outworks her.”

It’s a testament to Blatchford the journalist that she is best remembered by all the big names in the Canadian media. While they may have disagreed with her politics, they could not question her devotion to her craft and recognize the gaping hole her death will leave in Canadian journalism.