Happy 99th Birthday Hazel McCallion: 10 Things You May Not Know About Madam Mayor 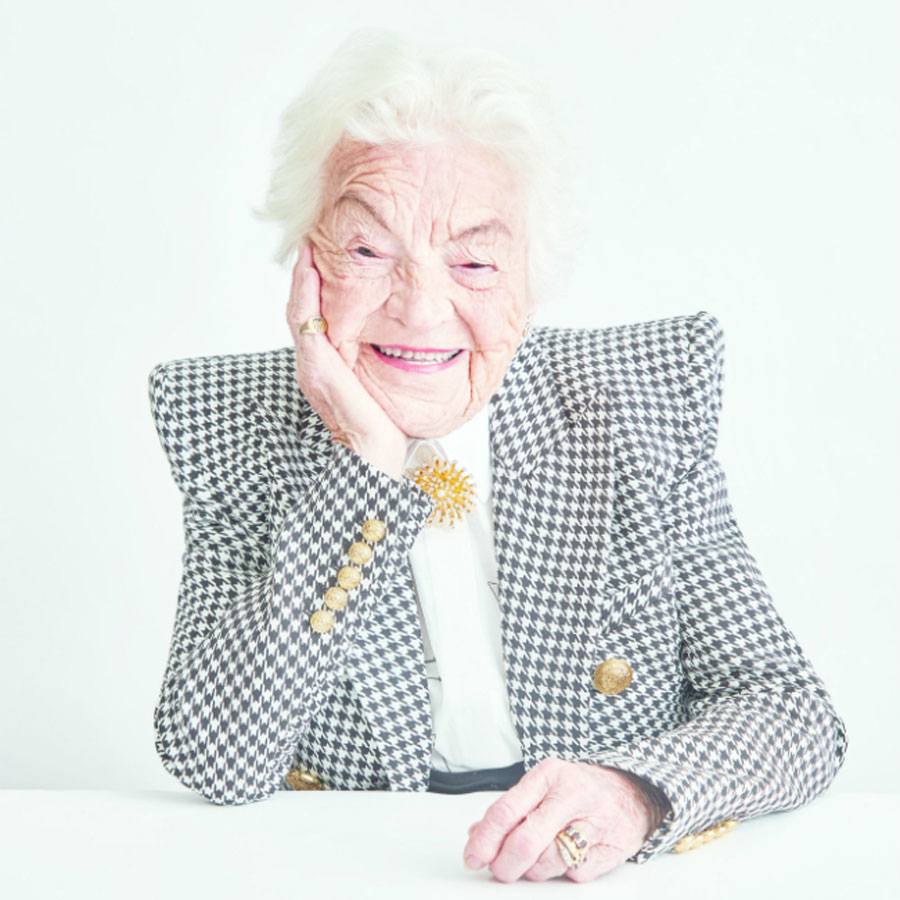 In robust good health at the age of 99, Hazel McCallion still refuses to let age stand in her way. Photo: Chris Chapman

Madam Mayor, as she still likes to be addressed, started birthday celebrations early last night by attending the Toronto Maple Leaf game, where the huge hockey fan was presented with a Leafs jersey with her name emblazoned on the back. The number? 99, what else? As she turned around to wave, the crowd gave her a standing ovation.

McCallion’s birthday plans include having a coffee with friends at her favourite Streetsville diner, attending a celebration in her honour and then dropping the ceremonial puck the Mississauga Steelheads game tonight.

Last spring, I had the great fortune to sit down with McCallion for an interview with Zoomer magazine. What I remember from that day was how her abundant energy, zest for life and playfulness shone through, not only during the interview but also in the complicated photo shoot that required her to hold awkward poses for extended periods and undergo multiple wardrobe changes. Not once during a long day did her energy flag — an amazing accomplishment for mere mortals, but Hazel shrugged it off. Business as usual for this standard bearer of healthy aging.

At the unveiling of her Zoomer cover in April, 2019, founder and CEO Moses Znaimer lauded McCallion as a, “great role model over the years, for woman in politics, women in government and women in power. But she is not content being a role model, she’s determined to be a model and, as is Hazel’s way, whatever she determines to do she aces completely.”

So, to honour a mighty Hurricane that never seems blow itself out, here are 10 things we learned about McCallion from our cover story: Hurricane Hazel: A Legend of Municipal Politics Refuses to Let Age Stand in Her Way