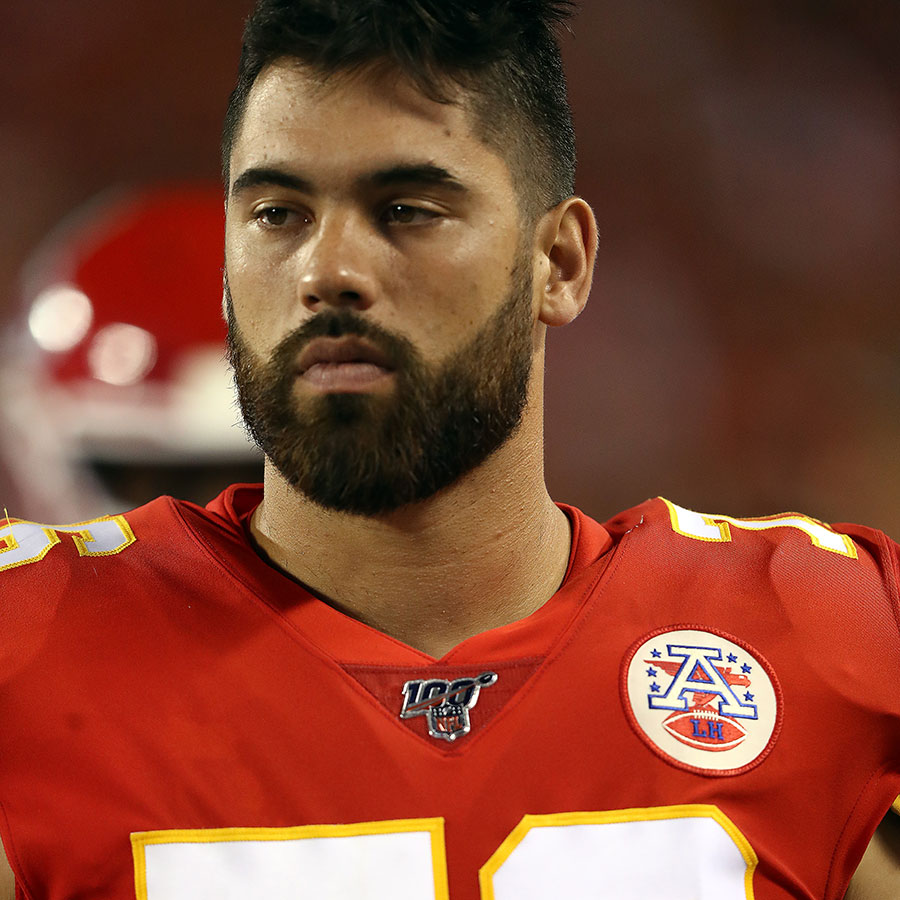 When Laurent Duvernay-Tardif saw the devastation that COVID-19 was wreaking in his home province of Quebec, the professional football player knew that he needed to be there on the ground to help battle the pandemic.

So the hulking sixth-year offensive lineman, who’s more used to blocking for his star quarterback Patrick Mahomes rather than caring for the frail elderly, decided to trade in his football helmet and pads for a surgical mask and scrubs in order to become a front-line health worker.

The 29-year-old Duvernay-Tardif is far more than just a successful Canadian-born NFL player, which is a rarity in itself. He’s also a starter with the Super Bowl champion Kansas City Chiefs, a Quebec native and a graduate of McGill University in Montreal.

And at 6 foot 5 and 320 pounds, he’s likely the largest doctor you’ll ever encounter. Studying mostly during the off-season before training kicked in, Duvernay-Tardif somehow managed to graduate from medical school in 2018, becoming only the fourth NFL player to ever hold a medical degree.

In February, after celebrating his team’s Super Bowl victory over the San Fransisco 49ers and then taking a well-earned vacation, he returned to his home province to find that pandemic was exacting a heavy toll, especially among the elderly living in seniors residences.

When the Quebec health ministry began recruiting volunteers with medical training to help out in the province’s hard-hit long-term care system, Duvernay-Tardif was ready to jump in.

In a recent Sports Illustrated cover story, Duvernay-Tardiff reveals the internal struggle he faced in adapting to his new role fighting the pandemic.

Assigned to a long-term care facility about an hour from Montreal, Duvernay-Tardif says he experienced the same jitters in a medical setting as he does on the football field. “My first day back in the hospital was April 24,” he told SI. “I felt nervous the night before but a good nervous, like before a game.”

“I handled a medication cart, making sure to administer the right dosage and in the proper way,” he continued. “Honestly, I was drained after – and looking forward to going back.”

Already a big celebrity in Quebec (his fame will only increase now that he’s a Sports Illustrated cover boy), when Duvernay-Tardif gets recognized as a Super Bowl champ, he tries to play it down. “Playing in the Super Bowl versus heading back to the medical system during a pandemic is totally different,” he told SI. “When you’re going in to help, it’s more about your duty as a doctor and a citizen.”

When his duties as a pandemic volunteer draw to a close, Duvernay-Tardif is pondering his return to the gridiron. “Sport is really important; it’s a connective tissue for society. But it is not an essential business. It’s going to be interesting to see what will happen when it comes to baseball, hockey, basketball and, eventually, football in September.”

And until he finds out what his future will be in a post-pandemic world of sports, he’s happy to do whatever he can do to help fight this pandemic.

“I am committed to helping to the best of my ability,” he wrote on a recent Facebook post. “Helping put a smile on a patient’s face, helping to give a day off to caregivers who have been working crazy hours since the start of the pandemic.”