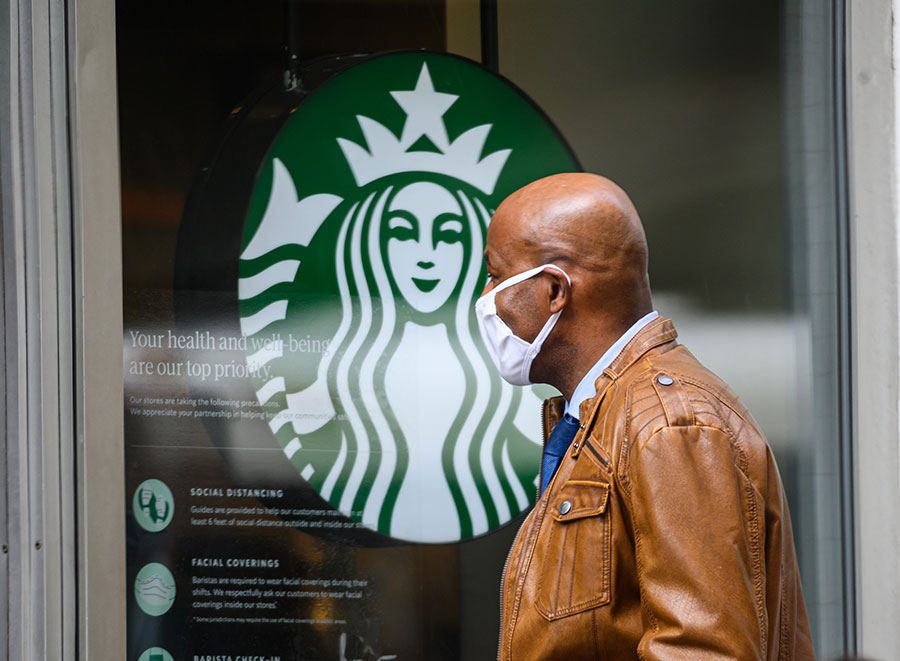 Starbucks, the coffee chain that revolutionized the way North Americans think about coffee, announced Wednesday that it will close 200 coffee shops in Canada and greatly alter strategy due to the transformative economic and lifestyle realities of the COVID-19 era.

The company that made billions by upping the coffee game, offering its mostly millennial customer base a better brew, expanded choice of more expensive novelty drinks and an ultra cool environment announced Wednesday that it is not only closing 200 locations in Canada but is changing the way it operates.

“As we navigate through the COVID-19 crisis, we are accelerating our store transformation plans to address the realities of the current situation, while still providing a safe, familiar and convenient experience for our customers,” said Starbucks CEO Kevin Johnson.

The Seattle-based Starbucks, which sprang to prominence in the 1990s, succeeded by making coffee cool and quickly became an essential part of the daily routine of the hyper-caffeinated culturally connected community.

It wasn’t just that they served a better-tasting brew, but their recognizable cups and ridiculous concoctions (“I’ll have a triple venti, non-fat, soy latte with no foam”) became a must-have morning accessory for any self-respecting hipster.

And their upscale coffee shops (staffed by baristas, not servers) become a familiar site on many street corners in busy metropolitan areas. Before Starbucks came on the scene, we’d order our double-doubles in coffee shops and drink them in bland, utilitarian surroundings.

Starbucks shops completely changed that experience. With their contemporary designs and pleasing environments, these shops became a mecca for urban tablet-wielding patrons who wanted to escape their small condos for an hour or two in the day and hang out with the in crowd.

But COVID-19 has greatly upended many giant retailers’ business plans, including Starbucks. Since the pandemic first started spreading and public spacing restrictions went into place, the company was forced to temporarily close many of its locations, instead relying on food delivery services to distribute its product.

And with many offices and services still closed or with greatly reduced staff, there just aren’t enough customers to make these stores profitable. Even as economies re-open and health restrictions ease, it seems likely that it will take a long time before people are willing to sit down in a crowded store and check out their Instagram while nursing a latte.

Like many big retailers in the U.S. – such as J.C. Penney, J. Crew, Neiman Marcus, Lord & Taylor and Gold’s Gym – who have been forced to close shop or reorganize their business operations as a result of the pandemic, Starbucks is also feeling the pinch.

In China alone, Starbucks reported that its sales were down 32 per cent in April and 21 per cent in May – this despite the fact that 99 per cent of stores are open, most with full seating capacity.

In a letter to shareholders called Bridge to the Future and signed by CEO Kevin Johnson and CFO Patrick Grismer, Starbucks said it is closing the stores because of “rapidly evolving customer preferences that have accelerated as a result of COVID-19.”

The  letter suggested that the social distancing restrictions brought about by COVID-19 have “accelerated” the trend of customers who prefer to “mobile ordering, more contactless pick-up experiences and reduced in-store congestion.”

So, instead of building more traditional sit-down stores, Starbucks said it will focus on smaller “pickup” stores that provide “on-the-go” service to people who order their coffees by phone and pick it up at a drive-thru or walk-up counter. The chain emphasized that it won’t close its busy sit-down locations, but that most of its new locations would be counter service only.

It will be interesting to see whether the store’s dedicated patrons go along with this shift in strategy. While Starbucks will be offering the same kind of beverages, the sit-down stores were a major contributor to the brand’s overall image. Will dedicated coffee drinkers begin shifting their business to independent shops that thrived in many downtown cores?

But that’s the reality of business life in the post-pandemic world. Whether it’s buying shoes, getting a haircut or indulging in our favourite coffee, many of the lifestyle habits we once took for granted are transforming before our very eyes.

The Biology of Coffee, One of the World’s Most Popular Drinks

How To Pour The Perfect Cup Of Coffee