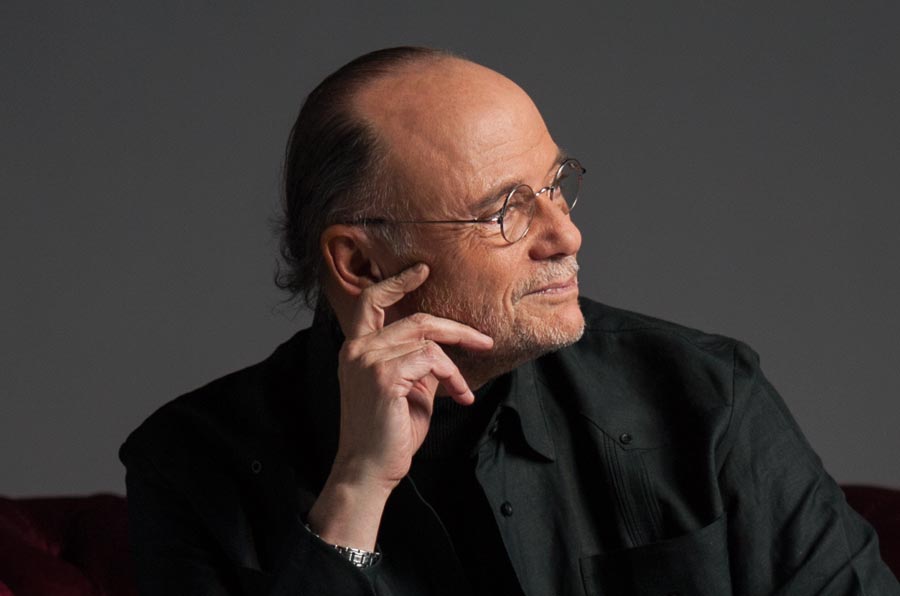 Billed as the largest online gathering of seniors ever, CARP celebrated National Seniors Day with a spectacular digital event with political leaders and celebrities lauding the accomplishments and contributions that older Canadians continue to make in society.

Normally CARP commemorates National Seniors Day on October 1 by raising its flag in cities across the country, as a show of respect to the generation who built Canada. But because public gatherings are not possible this year, the group instead honoured the day with a giant online celebration.

The online extravaganza drew thousands of viewers who tuned in for a discussion of pressing seniors issues as well as messages from Prime Minister Justin Trudeau, Seniors Minister Deb Schulte and NDP leader Jagmeet Singh.

Besides politicians, viewers heard from a host of celebrities and athletes from across the country who not only sent their greetings but also honoured the thousands of seniors who died as a result of COVID-19.

The event was hosted remotely by Bill VanGorder CARP’s Chief Policy Officer, joining in from P.E.I., as well as Anthony Quinn and David Cravit, operating from Toronto. The prime minister sent his greeting by video, acknowledging the “achievements and contributions of those who helped build the Canada we know today.”

Noting that the “pandemic has taken a toll on seniors,” Trudeau outlined the government’s efforts to ensure that the terrible effect COVID-19 had on seniors homes is never repeated. “We can’t and won’t let the tragedy happen again,” he promised.

CARP President Moses Znaimer responded to the prime minister, calling on Trudeau and his government not to “lose this focus and work with us to develop practical measures that can be quickly implemented to keep the bulk of our older populations at home and not just alive, but thriving.”

Moses told viewers that the best way to advance seniors issues is to influence governments to “use the power of our numbers at the voting booth.” He says that by joining CARP, you can increase its influence on policy direction and make the seniors into an “unstoppable force.”

Van Gorder also held a Q&A with Deb Schulte, federal Minister of Seniors. “More than eight in 10 of all COVID-19 deaths in Canada are linked to long-term care homes,” said VanGorder. “This just highlights many per-existing and systemic issues including the risks of living in rooms with more than one bed, lack of staff training, underqualified management and chronic understaffing issues.”

Schulte responded that one of the “greatest tragedies of this pandemic has been lives lost” of seniors living in long-term care. She pledged to work with the provinces and territories on new national standards for long-term care, noting that home care was the optimal solution. “Seniors would prefer to stay in their home as long as possible,” she said.

Schulte also noted that work on a “safe and effective” vaccine for COVID-19 is the government’s top priority right now. And while she added that the “government remains committed” to increasing OAS for people over 70 and increasing the CPP survivor’s benefit, she wouldn’t give a timeline of when seniors can expect this to happen.

Singh Thanks His Mother NDP leader Jagmeet Singh joined the gala from Burnaby, B.C., wishing viewers a Happy Seniors Day. He said on this day he would like to especially thank “elders (like his mother) who have taught us so much.” Asserting that “no senior should bear the brunt of a national pandemic,” Singh called on Canadians to ”commit to making sure we are taking care of our seniors.”

A host of well-known Canadians sent video messages to the CARP event, wishing everyone a happy seniors day, including:

Hazel McCallion (legendary long-serving Mississauga Mayor): “I don’t call myself a senior. I’m just Hazel McCallion, carrying on. Don’t think you’re a senior. Think of yourself as an individual with a purpose.”

Mary Walsh (comedian) : “It’s been a rotten few months, especially if you’re old. Better than death but not by much! The world is getting older. A greyer world is a brighter world. Many of us are going to have to start wearing dark shades because our future is so bright.”

Colin Mochrie (actor): “Stay safe, stay connected. Thanks for all you have done and all you continue to do. I’ve been so inspired by “more mature” people in my life — teachers, families and friends. You’ve enriched our society. Go seniors!”

Kurt Browning (world figure skating champion): “This is kinda cool, to be with you in these very strange times. And it’s good to show that it’s not just the kids who can work technology. Enjoy it in your own way. Thank you for everything you have done.” (Browning also passed the camera over to his son Gabriel, who gave a shoutout to his grandmother,“my favourite person.”) Michael “Pinball” Clemons (CFL legend): “Being a senior is a big deal. My favourite senior is my mom. She sacrificed much more than I did and is more responsible for my success than I am myself. It’s your sacrifice and commitment that has brought us here today. We love you and respect you.”

Hayley Wickenheiser (former hockey star): “Our seniors have been hit really hard. And on National Seniors Day we give all our love to you.”

Doug Gilmour (former hockey star): “For the grandparents, parents, coaches and mentors — let’s give them love. Thank you. You’re so appreciated.”

Georges Laraque (former NHL player) – “You guys are so important in your lives. This is your day – enjoy it. We appreciate everything you have done.”

Robbie Alomar (former Toronto Blue Jay, Hall of Famer): “Today I am cheering for you on National Seniors Day.”

Remembering Victims of the Pandemic The event ended with a moment of silence to commemorate the thousands of older Canadians who passed away this year, having lost the battle to COVID-19.

There was a moving collage of pictures of those who died during the pandemic, sent in by family members who participated in the event.

“These people who died aren’t just statistics,” said Cravit. “These are people who deserve to be honoured and remembered. What better time to recognize those who have died in the pandemic than on National Seniors Day.”