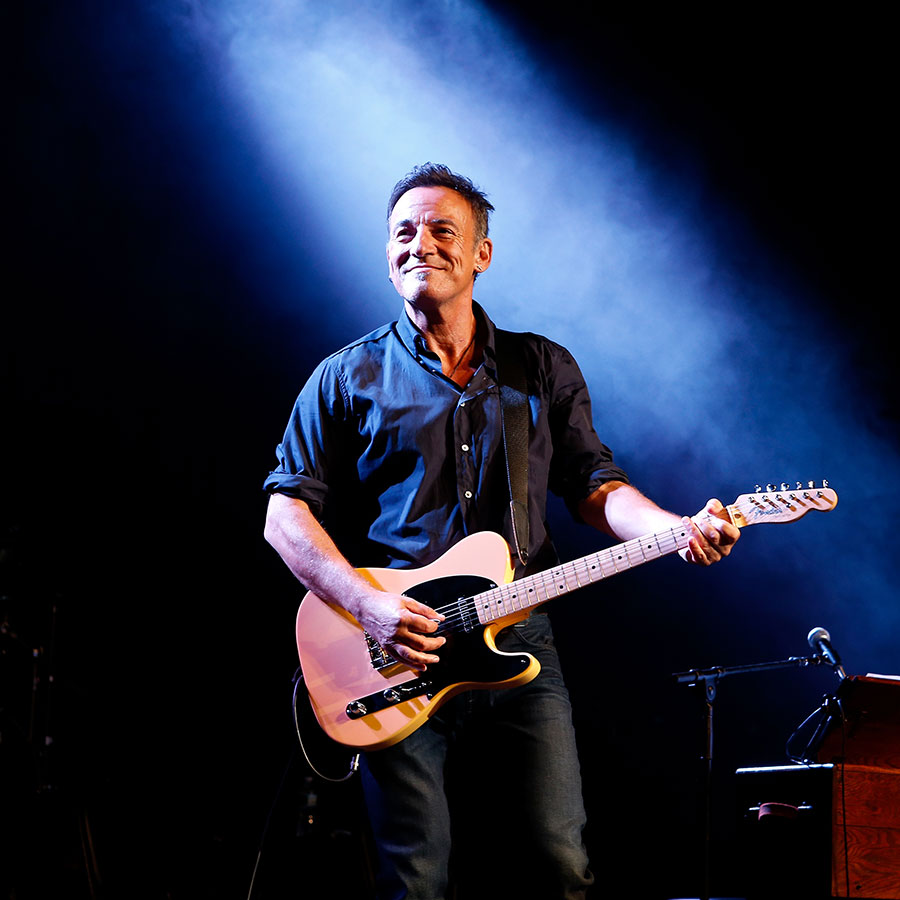 Bruce Springsteen took to twitter to share his recital of a moving poem by Elaine Griffin Baker on the need for new leadership in the United States. Photo: Photo: Jemal Countess/Getty Images

With one of the most important elections in U.S. history approaching, Bruce Springsteen decided to forgo the typical political PSA for something a little more impactful.

The legendary rock star and Zoomer cover star, who’s enjoying an elevated platform with the release of his 20th studio album, took to Twitter yesterday to share his recital of a poem condemning the presidency of Donald Trump and urging his fellow patriots to vote.

“We are lost. We’ve lost so much in so short a time. On November 3rd, vote them out,” the tweet reads.

Springsteen, who has been a vocal critic of Trump, read the poem by Elaine Griffin Baker accompanied by a sombre piano arrangement on his Sirius XM radio show yesterday.

“There’s no art in this White House,” reads Springsteen in his familiar rasp. “There’s no literature, no poetry, no music.

“There are no pets in this White House, no loyal man’s best friend, no Socks the family cat, no kids’ science fairs.

“No time when the president takes off his blue suit and red tie uniform and becomes human.”

Harkening back to previous presidential eras, the poem bemoans the absence of cherished American values in the White House and the divisiveness that has replaced it.

“No Obamas on the beach in Hawaii moments or Bushes fishing in Kennebunkport.

“No Reagans on horseback, no Kennedys playing touch football on the Cape.

“Where did all the fun, the joy and the expression of love and happiness go?

We used to have a president that calmed and soothed the nation instead dividing it, and a First Lady who planted a garden instead of ripping one out.”

The poem recital wasn’t the first Democratic endorsement from The Boss. Springsteen’s “The Rising” was used by Biden’s camp in a promotional video during the Democratic National Convention. Highlighting the divisiveness that has plagued the United States under Trump’s leadership, the video opens with images of the deadly white nationalist rally in Charlottesville, anti-racism protests and the 2017 viral video of Trump throwing rolls of paper towels to a crowd in Puerto Rico after Hurricane Maria.

For fans of The Boss, the moving commentary the poem provided seemed to hit home.

“For nearly 4yrs America has witnessed all that Bruce speaks of,” a Twitter user named Rick Nieves commented. “Now we have to listen because something is not right. If we don’t listen and vote Trump out we will lose America.  Vote for our Country and before the World let’s choose democracy.”

“Exactly how I feel,” another user named Beachinlt said of the deficiencies listed in the poem. “I miss the fun, the common ground joys, the decency, kindness, and the respectful lighthearted humour in politics between opponents not the dirty nastiness of today. The divide is palpable. It hurts.”

Another user asked if he’d be performing at Biden’s inauguration, confidence that isn’t unfounded according to national polls.

According to CNN, Hillary Clinton’s lead over Trump “was already in great flux” at this point in the 2016 election, but Biden’s lead both nationally and in key swing states has held strong.

“Blinded by the Light” and Coming of Age with Bruce Springsteen