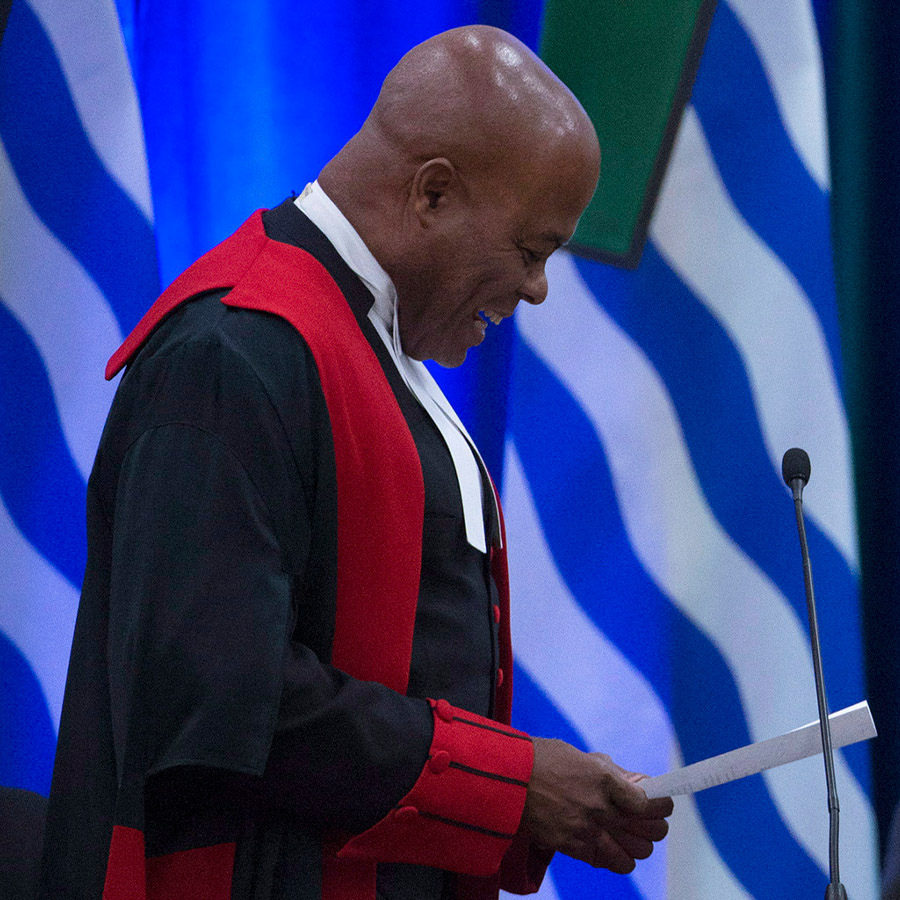 On May 14, officers from the Vancouver Police Department (VDP) were called to investigate reports that a “dark-skinned” man in his 40s or 50s who had been yelling at pedestrians and trying to kick them. When five police arrived on the scene, they saw Romilly, assumed he was the person responsible for the assaults, and immediately put him in handcuffs.

“They said that they got a complaint about someone fitting my description, and before I could say anything, they told me to put my hands behind my back and they shackled me with handcuffs,” Romilly told the CBC.

Romilly, who was born in Trinidad, moved to Canada and went on to become the first Black judge appointed to the province’s Supreme Court, says he likely won’t be filing a complaint against the VDP. But wondered how this sort of ugly incident could happen in this day and age.

“I hate to say that this is a case where I was targeted because I was walking while Black, but you kind of wonder why those handcuffs were placed on me. You would think that we’re past that stage in Canada,” Romilly said, noting that being arrested in a public area was embarrassing.

“Mr. Romilly, who had matched the description given to officers by witnesses and was in the same area as the suspect, was briefly taken into custody before it was evident to officers he wasn’t the right suspect,” said Const. Tania Visintin, explaining the events. Visintin added that the acting sergeant has apologized to the retired judge. Police say they later arrested the “correct” suspect after finding him in the nearby vicinity.

“They should know before they put anybody in handcuffs,” Romilly told Global News. “They should at least find out who they are.”

Vancouver Mayor Kennedy Stewart issued a scathing statement about the incident, calling it “unacceptable” and issuing a public apology to Romilly. “This is not something anyone should be forced to go through,” said Stewart. “Incidents like this can be a very damaging experience, especially for those in the Indigenous, Black, and person of colour communities who already face multiple barriers and discrimination.”

“We must continue to acknowledge this reality and do our best to combat racism — especially in our government institutions,” says Romilly. “All of our institutions are based on colonialism and as such, are systemically racist.”

As a result of his poor treatment, Romilly wants to see mandatory diversity training for all new officers. “They have to be very vigilant when they train young white police officers for dealing with minorities,” he says.

This is not the first time the VPD has been criticized for wrongfully arresting minorities. In Dec. 2019, police handcuffed Maxwell Johnson, a member of the Heiltsuk First Nation, while he was opening a bank account at BMO for his 12-year-old granddaughter. Staff called the police over what they thought was a fraud occurring and when officers arrived, they handcuffed Johnson for 45 minutes before releasing him when they determined that no crime had taken place.

Johnson has since filed a human rights complaint against BMO and the VPD.