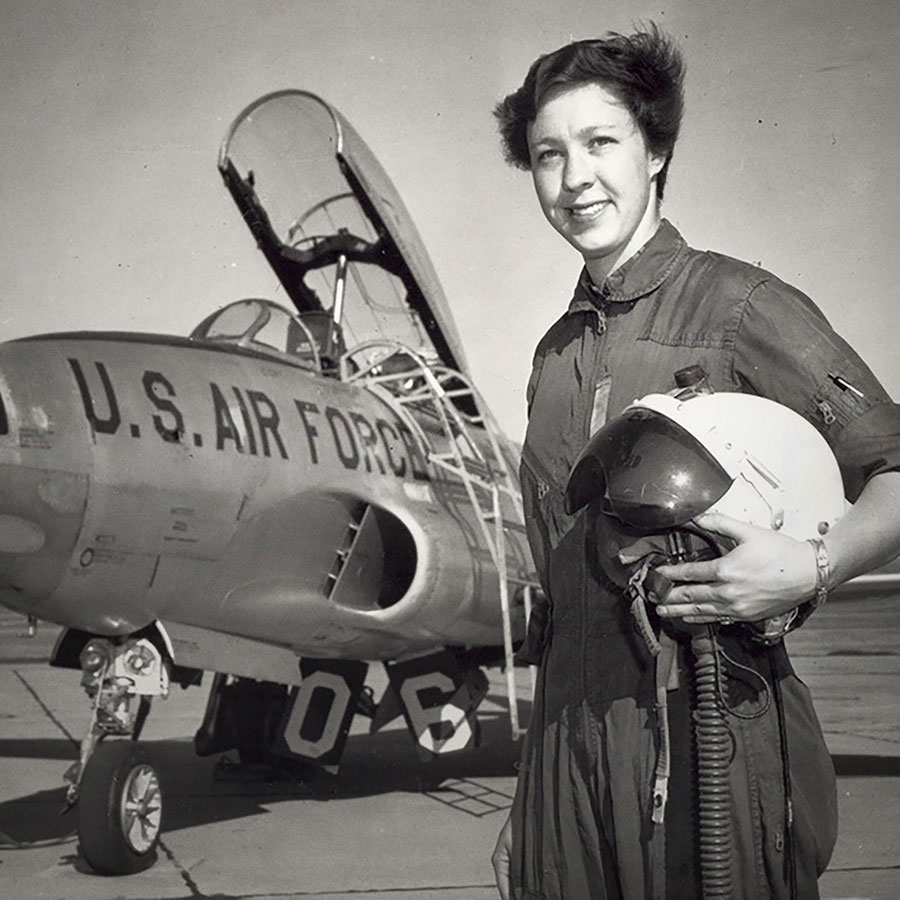 Pioneering pilot Mary Wallace Funk, 82, will fulfill her lifelong dream of flying to space this month alongside Jeff Bezos on his Blue Origin rocket. At the age of 21, she became the first female flight instructor at Fort Sill, Okla,, the first of many glass ceilings the soon-to-be astronaut broke throughout her career. Photo: Courtesy of Mary Wallace Funk

Mary Wallace Funk, an 82-year-old pilot who nearly infiltrated the boys club of NASA’s space program in the ’60s, will join Amazon founder Jeff Bezos on his rocket ship company’s first human flight to become the oldest person ever to fly to space.

On July 20, she will join Bezos, his brother, Mark Bezos, and the winner of an auction as the first to fly in a Blue Origin rocket and capsule. The rocket, called “New Shepard,” will climb above our planet’s 62-mile threshold — known as the Kármán Line — where passengers will experience zero gravity for four minutes before returning to Earth’s atmosphere.

Funk, who goes by Wally, could very well have been one of the first woman to enter space had it not been for discriminatory policies preventing women from becoming astronauts.

In the ’60s, she was one of 13 American women who went through a rigorous astronaut training program called Mercury 13 designed to evaluate women’s fitness for space travel. While the privately funded program was administered by one of NASA’s doctors and saw women pass the same gruelling physical and psychological tests as their male counterparts, none ever became astronauts.

At the time, NASA was only accepting trained fighter-jet pilots — a position that was only open to men — as astronaut candidates, according to History.com. After the fighter-pilot requirement was lifted in 1977, it still took another six years for the United States to send its first woman, Sally Ride, into space.

“They told me that I had done better and completed the work faster than any of the guys,” Funk said of the testing in a video posted to Bezos’ Instagram account. Yet, she says each of the four times she applied to become an astronaut at NASA, she was denied. “I didn’t think I’d ever get to go up.

“They said, ‘Well, you’re a girl, you can’t do that,’” she recalled in the same video. “I said: ‘Guess what? Doesn’t matter what you are, you can still do it if you want to do it.’ And I like to do things that nobody’s ever done.”

While barriers within NASA confined her to Earth’s atmosphere for just then, the pilot, with over 19,000 flying hours, managed to blaze a trail for women in the profession. At the age of 21, she was the first female flight instructor at Fort Sill, Okla., and continued to break glass ceilings throughout her career becoming the first female Federal Aviation Administration inspector and the first female National Transportation Safety Board air safety investigator.

All the while, she never gave up on her dream of going to space. Years before Bezos’ offer, Funk even payed to secure her spot on the waiting list for Richard Branson’s Virgin Galactic commercial spaceship, which plans to launch its first test flight on July 11.

“I never let anything stop me,” she said of the lifelong dream in a 2017 interview with NPR. “I know that my body and my mind can take anything that any space outfit wants to give me — high altitude chamber test, centrifuge test, which I know I can do five and six G’s. These things are easy for me.”

Thankfully, the experienced pilot and aviation pioneer doesn’t have to wait on space tourism to become a reality to prove her mettle.

“No one has waited longer,” Bezos wrote in an Instagram caption announcing Funk as a crew member. “It’s time. Welcome to the crew, Wally. We’re excited to have you fly with us on July 20th as our honoured guest.”