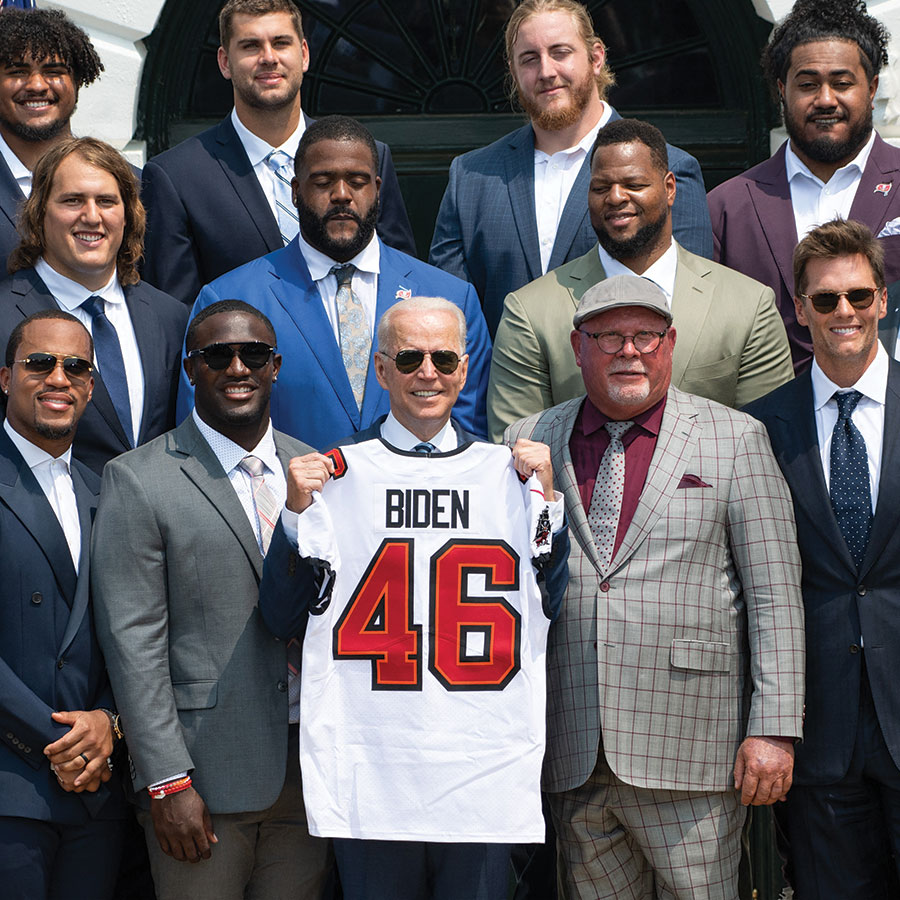 When U.S. President Joe Biden welcomed the Tampa Bay Buccaneers to the White House this week to officially congratulate them on their Super Bowl victory, the event quickly turned into a celebration of age-related accomplishments.

That’s because each of the three of the key figures involved in the gathering today — 78-year-old Biden, Tampa Bay’s 43-year-old quarterback Tom Brady and 68-year-old coach Bruce Arians — refused to let age stand in the way of their paths to glory.

And during the past year, each of them defied critics, who said they were too old, and instead relied heavily on the experience they had built up in their respective fields of endeavour to engineer their stunning achievements.

Giving a nod to Brady and Arians for not letting age stand in the way of their goals, Biden quipped, “A lot has been made about the fact that we have the oldest coach ever to win the Super Bowl and the oldest quarterback to win the Super Bowl. Well I’ll tell you right now, you won’t hear any jokes about that from me. As far as I’m concerned, there’s nothing wrong with being the oldest guy to make it to the mountaintop.”

In his remarks to the President, Brady made light of his past friendship with Donald Trump. “I think about 40 per cent of people still don’t think we won, right Mr. President?” said Brady, a joking reference to the fact that many of Trump’s supporters still contest the results of the 2020 election.

Biden laughed at the gentle poke, saying, “I understand that.”

Coach Arians siezed the moment to call on Americans to stop the infighting. “Come together and get something done,” he said. “Quit fighting. It’s not two countries, it’s one country.”

The practice of championship-winning sports teams visiting the White House became a regular occurrence in the 1980s under President Ronald Reagan, who was a huge sports fan. But the tradition dates back much further. In 1896, President Ulysses S. Grant hosted the Cincinnati Red Stockings at the White House and in 1924, President Calvin Coolidge honoured World Series Champions, the Washington Senators.