Groundhog Day: A Short History of Notable Canadian Groundhogs (and a Prognosticating Lobster) 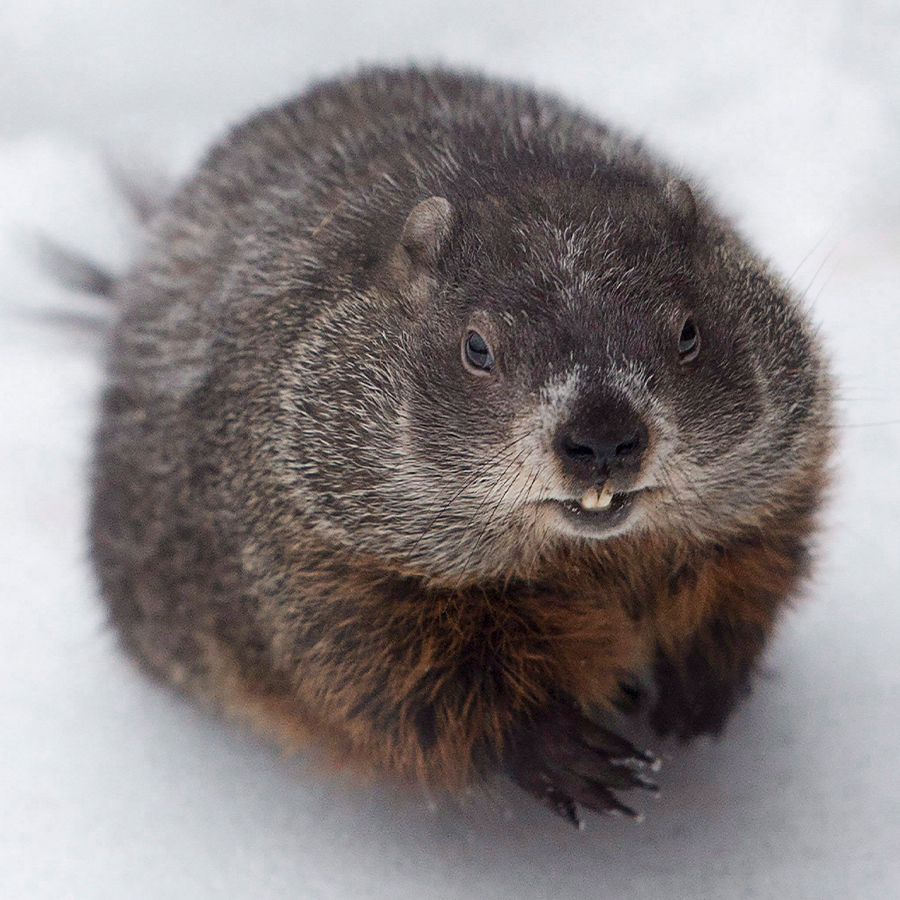 Shubenacadie Sam is touted by Nova Scotia as "the first groundhog to make a prediction in North America each year" thanks to the province's time zone. Photo: Andrew Vaughan The Canadian Press

UPDATE: In 2022, Ontario’s Wiarton Willie is the outlier among the weather-predicting critter community. Willie predicted an early spring, breaking with fellow prognosticators like Nova Scotia’s Shubenacadie Sam and Lucy the Lobster, as well as Manitoba Merv, Pennsylvania’s Punxsutawney Phil and others who foresee six more weeks of winter.

Every Feb. 2, people get up eager to discover whether a large rodent — a groundhog, specifically — has seen its shadow. You know how Groundhog Day works: if the groundhog sees its shadow, buckle down for six more weeks of winter. If not, get your T-shirts and sunglasses ready because spring is around the corner.

It’s a quirky tradition (and, subsequently, a hilarious movie) that you might blame on the need for some communal light-hearted fun to stave off the impending “February blahs.”

But the story of Groundhog Day as we know it actually dates back centuries to Europe where, as Mental Floss notes, “Hibernating animals like bears, marmots and hedgehogs were observed to see when they’d emerge from their dens,” thus indicating whether winter was coming to an end.

Fast-forward to 19th-century Pennsylvania and the recently immigrated Germans. They brought with them the custom of animal prognostication, which was married to the holy day of Candlemas.

Candlemas is an ancient Christian tradition when, as History.com notes, “Clergy would bless and distribute candles needed for winter. The candles represented how long and cold the winter would be.” The Germans, thus, had an expression: “If the hedgehog sees his shadow at Candlemas, he will crawl back into his hole for another six weeks.”

Unfortunately for the German settlers, there were no hedgehogs to be found in Pennsylvania, so they decided to give groundhogs a shot instead.

Thus the tradition we enjoy today was born. And when it eventually spread to Canada, it gave birth to a number of notable Canuck Groundhog Day personalities.

The tradition that German settlers brought to Pennsylvania remains strong in the Great White North, with Canada boasting a plethora of prognosticating rodents from various regions.

They include Canada’s most famous groundhog, Wiarton Willie (Wiarton, Ont.),  whose first prediction occurred all the way back in 1956 — though originally the “groundhog” was actually a resident’s fur hat buried in snow.

There’s also Fred la Marmotte of Val-d’Espoir, Que., who boasts the distinction of being “the first and only” groundhog to make its prediction in a Unesco Global Geopark. And don’t forget Shubenacadie Sam (Shubenacadie, N.S.), who, according to Nova Scotia’s official website, is “the first groundhog to make a prediction in North America each year,” thanks to the province’s time zone.

Winnipeg Wyn, a resident of Winnipeg’s Prairie Wildlife Rehabilitation Centre, sadly died in 2020, while fellow Manitoban Brandon Bob made predictions for years before it was discovered that he doesn’t actually exist (imagine being catfished by a groundhog).

There, however, is yet another noted groundhog in the province — Manitoba Merv. Sure, he’s a puppet but he’s also a local legend who resides at the Oak Hammock Marsh Interpretive Centre — which claims he’s got a 98 per cent success rate in his predictions.

Meanwhile, Balzac Billy — named after his Alberta hometown and dubbed the Prairie Prognosticator — is a person in a mascot costume and not a real groundhog. In fact, he’s not even a fake groundhog. His official website calls him both a gopher and, technically, a Richardson ground squirrel. Still, locals love him and, on Groundhog Day, at least one establishment serves his traditional breakfast — oatmeal porridge with flax seed and maple syrup along with orange juice.

And down east, Nova Scotia’s Shubenacadie Sam has some competition from provincial rival Lucy the Lobster — Barrington Passage’s answer to a groundhog. Arriving on the scene in 2018, Lucy, as the story goes, emerges from the Atlantic Ocean to make her prediction about winter, though it’s unclear how a lobster is able to see her own shadow when she lacks the ability — and the neck — to turn her head and check for it.

But that’s the least of Lucy’s worries. It turns out that Groundhog Day coincides with Barrington Passage’s South Shore Lobster Crawl — which draws visitors from far and wide (in non-pandemic times) for all sorts of delicious lobster dishes. So we don’t want to say that the pressure’s on Lucy to make the prediction people want to hear, but let’s just say that one too many predictions of a long, cold winter could land Lucy out of the ocean and onto a plate!

How Much Should We Really Trust a Groundhog?

Canada has its fair share of weather-predicting groundhogs, puppets, mascots and, yes, a lobster. The question, however, remains: once all the fun and fanfare is finished, how well do their predictions actually hold up?

Despite boasts from individual groundhog communities — including Manitoba Merv’s alleged 98 per cent success rate — the Canadian Encyclopedia states, “Meteorological data from 13 Canadian cities over the past 30 to 40 years” show that “the groundhogs’ predictions were correct only 37 per cent of the time.”

It goes on to conclude, “Given that 33 per cent accuracy can occur by chance, a score of 37 per cent is not considered significant.”